Stream The Child of Lov’s Debut Album & Read His Commentary 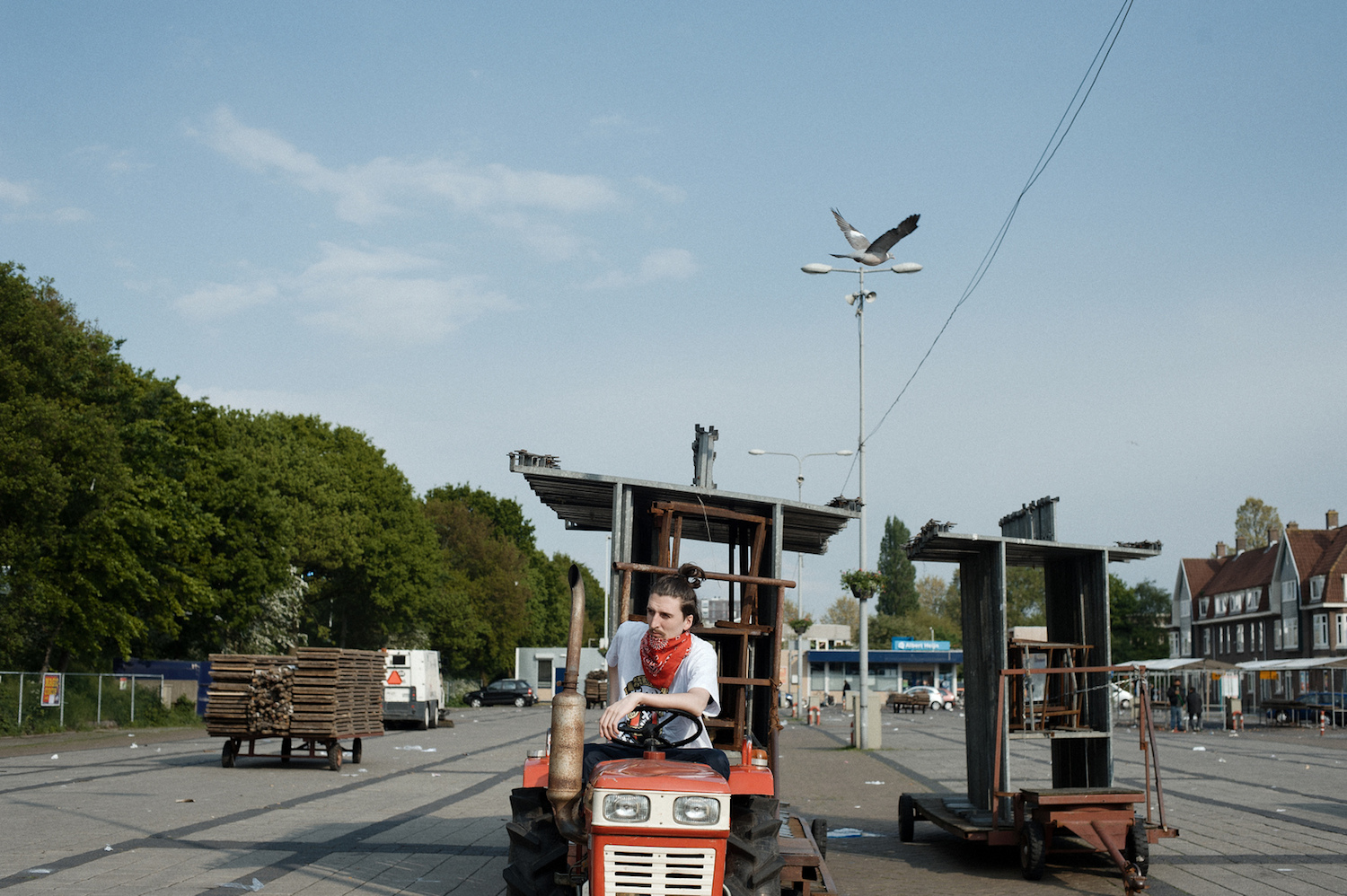 The following feature ran in our fall issue. We’re sharing it in full here as a tribute to The Child of Lov’s Cole Williams, who died earlier this week from surgery complications.

His manager shared this statement earlier: “On behalf of the family and as his manager I must announce that Martijn Teerlinck aka Cole Williams aka The Child of Lov aka Sun Patzer is no longer with us. He lived a life of struggle and can now rest peacefully. In his own words: ‘When I was younger, I had a tough time physically. I have seen too many hospital beds. It made me stronger. Makes you realize death is always near, for anyone. And what a wonderful thing life is and how grateful we should be'”… Here’s what we know about Cole Williams, better known as The Child of Lov: He’s a 25-year-old nomad who’s currently holed up in Amsterdam and recently canceled his first buzz-stirring shows because “I’ve come to realize that playing gigs cannot occupy a rewarding role if it is not exactly as I envisioned it, exactly as I want it, and exactly the way I know the audience deserves it.”

Which makes sense given how fully realized Williams’ warped rendition of R&B is on his dizzying self-titled debut. Tracked at Damon Albarn’s London studio with such high profile guests as Thundercat, DOOM and the Blur frontman himself, it’s essentially the album we wish André 3000 would make instead of appearing in Gillette commercials. In the following exclusive, Williams shares his stream of consciousness take on the entire record—a run through that’s more telling than any studio report could ever hope to be…

“CALL ME UP”
Light. Morning. Waking up next to a loved one. Late night phone conversations with the person you adore secretly. Being in love. Falling in and out of love.

“HEAL”
Sunny day. Hot outside. Shorts. Pineapples. Camels with sunglasses and goatees. A little monkey playing bass. Pharrell on steroids. Destroying your Apple products. Eating fried chicken with your feet. Sitting in a chair. In the sky.

“ONE DAY”
The turn. A big dark grotto with two monsters playing guitar and synthesizers. A booming voice coming through. The casket. A Bible. A bed. An army. A ghost appearing with some wise words, and disappearing again leaving you wondering if it was really a ghost. White rooms and beds.

“LIVING THE CIRCLE”
We’re still in the grotto. There’s an intruder. It’s a Michael Jackson impersonator. And he’s bad. He’s got a pair of surgical gloves and refuses to take them off. He wants to hear all your reasons, but you don’t know what he’s talking about. The ying yang twins refuse to enter the scene.

“GIVE ME”
You’re at a party. It’s a huge house. There’s a lot of rooms. You try to open all doors, but all of them are locked. When you reach the last one, it opens without you touching it. It’s dark inside, but there’s this bass talking to you, asking you for all the love that you have. In all four corners, there are beautiful, dark-haired angels dancing and it’s the best thing you ever saw.

“GO WITH THE WIND”
There are very small elephants walking towards you. Although you’re in the desert, it’s impossible to move your feet. You wanna move to not get trampled, but as the elephants come closer, they don’t become bigger. They tell you not to worry anymore. All of a sudden, a hooded guy approaches you with a huge ventilator. He turns it on and you get blown into the sky like a rocket.

“OWL”
Scaramouche is dancing the Fandango. There’s a baby-like bald-headed man playing a children’s guitar. Out of the shadows come 80-year old men who clap their hands as their singing morbid harmonies. Suddenly, you realize that they all have owls on their shoulders. Then you realize it’s not the men who are singing, but the owls. There’s a very big and scary owl wearing a mask. You think he’s the one talking in loud riddles, but you’re not sure.

“FLY”
You get thrown outside and are at the foot of a big mountain of which you can’t see the top. You realize this is the moment it needs to happen and you start walking. On your way up you meet all kinds of animals and you see Charles Barkley taking a jump shot. As you walk on, people start gathering behind you and urge you to move on. It feels comforting not being the only one walking up. When you reach the top, you get taken into the clouds by a big, soft hand. It’s the softest hand you ever felt.

“WARRIOR”
You’re in a metal room. Outside there’s someone playing an instrument with a lot of low-end. Suddenly you hear the sweetest voices, but it feels like it’s all happening inside of your head. You realize that the room you’re in is part of a big steamship. When you finally find a tiny door, you open it and enter a room full of mirrors. A guy who looks like Jimi Hendrix has no guitar and looks directly at you through the mirrors.

“GIVE IT TO THE PEOPLE”
There are pandas all around. Some people are riding them like horses. Everybody is so happy it kind of freaks you out. There are people standing in circles frantically laughing at each other. You wonder if this is a really bad dream and try to scream, which never works in dreams. It works this time though, and you can sing a lot better than you thought. On your way out, you overhear two snakes in suits. One is asking the other: Is this reggae?