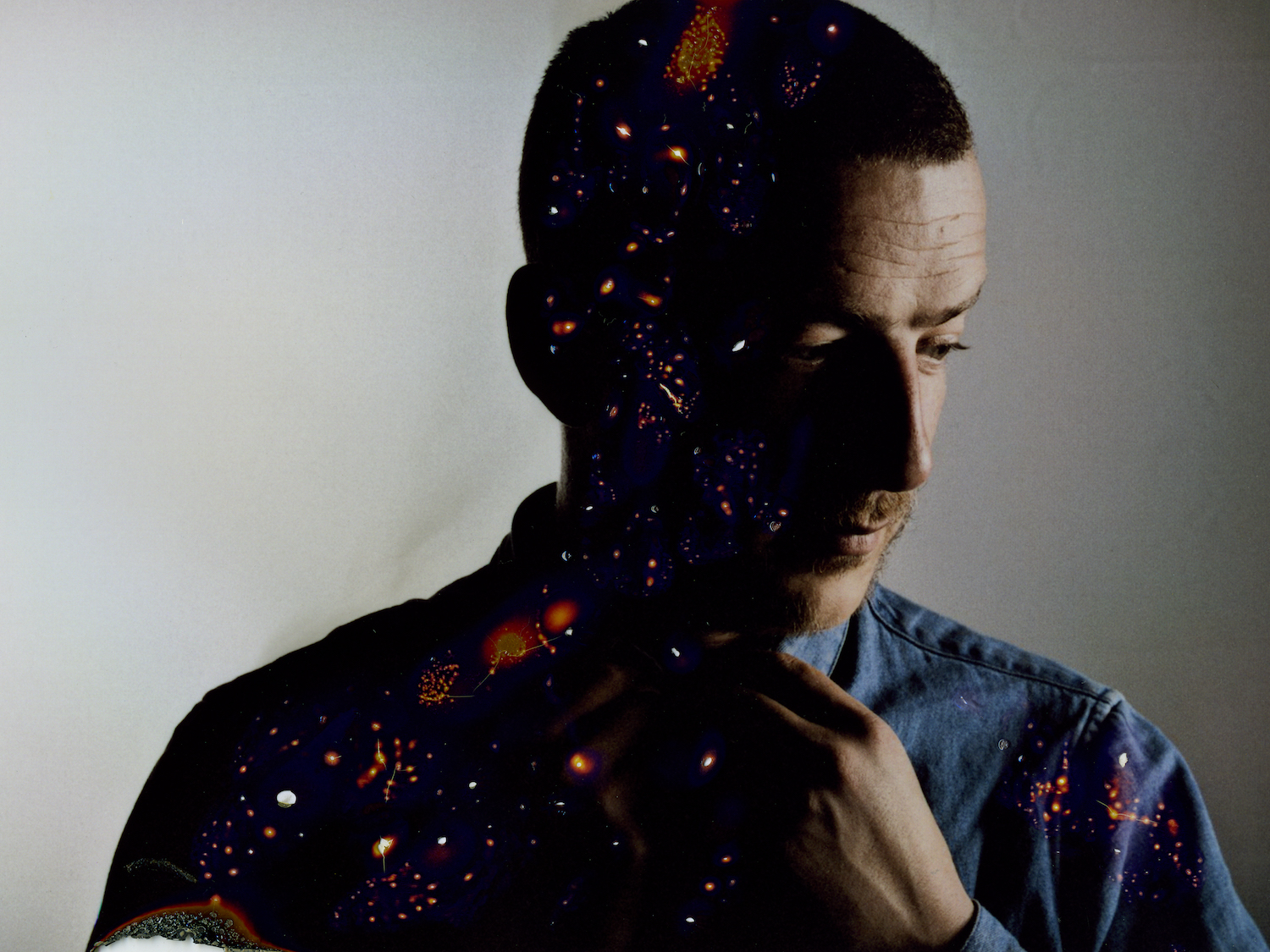 Embers was in the back of my mind for many years but only after the process of writing [the] Axioms [EP] was I able to imagine how it could work. I had a need to somehow combine how I view the world and my musical output. I wanted to create a work that was like a little universe using sound, melody and rhythm as the raw materials, and creating natural patterns that act like organisms or features in a landscape. Tracks appear then die, only to be reborn in another form. Much of nature is just endless interrelated patterns and cycles repeating, so I decided to make the album cyclical, the end blending with the start, which is reflected in the vinyl format.

It is actually almost impossible to do a coherent ‘track-by-track’ breakdown because of how it was written. It took just over two months, mostly spent in Weardale in Country Durham, where I’m originally from. The process involved creating the palette of raw materials from field recordings and programming synths, then moving on to sketch melodies and rough, as yet unwritten, arrangements as a dynamic plan. Only then did I sit down to construct it. Some amazing accidents occurred that only added to the chaos, just like statistical fluctuations in any natural system.

I wanted elements to reappear in changed ways in different tracks. They would die and be reborn from the embers, so to speak. Half of the meaning behind the album is that the listener will pick up on more of these nuances through repeated listens. I don’t want to point out everything that is going on because of this, although I will point out a few things for each track that seem relative… Born from the crackles of a dying fire that I sampled. It’s meant to be just that—an awakening. It also sets up part of the palette using several interrelated Oberheim SEMs (from Arturia) and modulating various parameters using LFOs that have been chained to produce natural fluctuations. They are interdependent on each other, much like cycles in the natural world.

This is where the first half of the track horrifically dies. It’s ripped apart and reconstructed twice; note the use of the same vocal elements but in different ways, reappearing throughout.

If “Cantor’s Dust” is like a thunderstorm—which you can hear in the background—then “Helical” is the sun after it. The melodic relationships cycle in a way that you lose where you are; however, it is short lived because the black clouds return.

You can hear the warning cries of birds on as the story approaches, this was sampled while writing the track. My brother reared some turkeys from chicks as part of his job working in wildlife documentaries. After the filming he donated some of them to my parents. The turkeys make a horrible sound and one appears on this track. I had to mangle it so it fitted, but you can still hear where it is.

I wanted “Ruins” to be violent (probable because the turkeys were annoying me) but also slow and almost sluggish. The synths and string patches obey the same tonal and slight timing fluctuations that were taken from the first track.

This is the sluggish dream version of “Ruins”; the tunings now fluctuate and discordantly collide, all based on what the other elements are doing but with some randomness.

Same woozy feeling from before, but this time with overlapping arpeggios and hints at the vocals from previous incarnations. It feels as if the fog horn is in the outside world while you are asleep and dreaming.

The materials from “Klaxon” are recycled to form this odd organ sound. It’s created by using modulations that go so fast they become audio then cycle back around to become the basis of “Recursion”. This should remind the listener of the first sequence of the album, mirroring it’s dynamics but using different raw materials. Its similarity leads it to follow the shape of “Helical”, before collapsing into “Pattern Forming”, which is similar to the transition of “Ruins” in to “Gossamer’s Thread”.

These patterns are formed by two interdependent arpeggios which alter each other over time, much like natural cycles. Notice the reappearance of the sound from “Klaxon” before the sun comes out again on the next track, ushered in by a lunchtime chorus of birds.

On this track some of the melodies were sung back to me by birds that were perched on the wall. I’m not sure whether I copied them or they mimicked me. Synth patterns shift meaning that you get a push and pull feeling, accentuated by timing errors I introduced randomly using the same LFO from earlier. I like the underlying nature of the process that ties things together yet the listener won’t perceive it automatically because it’s really subtle, much like the world around us.

This, again, is a deconstructed version of the previous track that by the end, is stretched and pulled apart then it turns ugly. It took about two weeks to work out how the chords would layer and descend into “Cosms”.

The same use of interdependent arpeggios from earlier was deployed here to create a morphing landscape, which I tried to capture while creating the video for the track. The synths progress by themselves so I have to accompany whatever they decided to do, hence the overall structure was not defined by me. I’m forever indebted to Steve Reich and I think you can probably tell from this one, the alarm on my phone is “Music For 18 Musicians” and I never get bored of it.

Using the overall metaphor for the album; the end had to become the beginning again. Therefore the warmth of “Cosms” had to become colder before it dies in to a crackle. The progression of the patterns mirrors “Prism”, further tying the later part of the album together.

I did the artwork of the album, so that it can be read as a very vague dynamic score. The listener should be able to trace the outline of the circle on the cover while the hour long album is playing. It neatly tied the cyclical nature of the album and the artwork together.

Just to reiterate, there are loads of little things to notice at all scales of the album. Probably, no one will ever notice them, but it doesn’t matter; it helped me write it and they mean the world to me. ‘Embers’ is now available through Fabric’s Houndstooth imprint. Check out more from Throwing Snow and his band Snow Ghosts below.