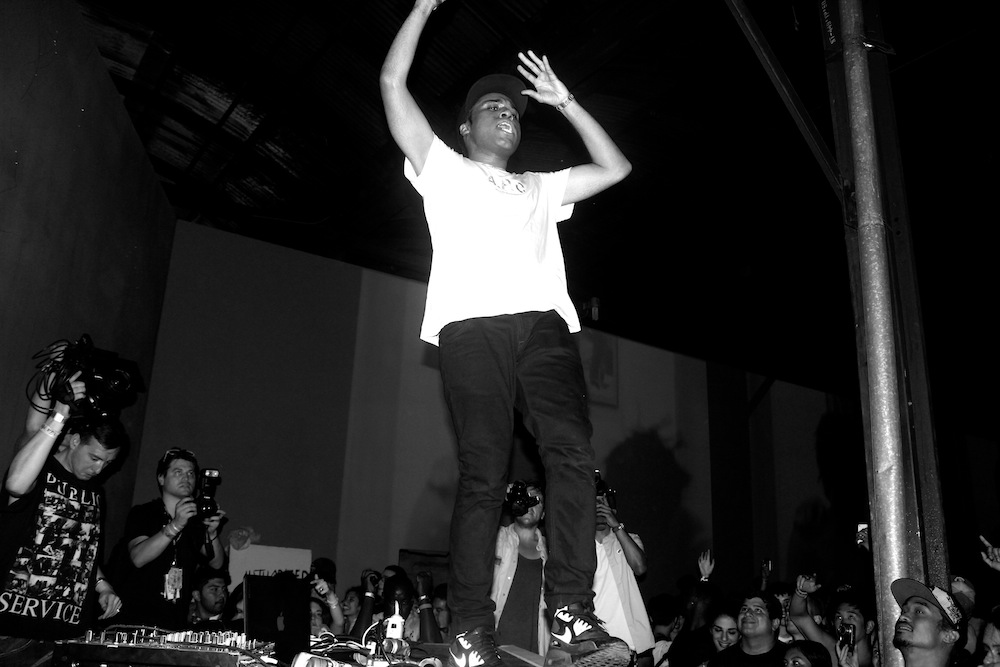 Anyone worried that last night’s Lunice set would be a mere shadow of last year’s breakthrough performance with TNGHT had that hunch eliminated from the second he took the stage. Without the comparatively reserved Hudson Mohawke at his side, the Montreal producer was as excitable as he’s ever been, leaping up from behind his laptop like a spring-loaded pinball as a tightly curated guest list (Mykki Blanko, Deniro Farrar, Flatbush Zombies) rotated in like a series of home run-hammering cleanup hitters.

“How many of you like rap music?” asked Lunice, as a stage-rushing crowd screamed before Boiler Room’s camera crews. “Not trap music–rap music.”

While the comment was clearly in reference to trend-chasing trap-rave pieces (see also: this and this), there was no denying Lunice’s creeping, crowd-riling hooks, a sound that’d be familiar to any T.I. or TNGHT fan (lots of laser-guided synths, crushing bass lines, loony bin loops and snappy snares). And that’s okay; unlike the lunkheaded, one-note leanings of today’s dubstep music, a Lunice set is full of energy and actual mixing/genre-mashing skills. Which leads us to one simple question: what are you more excited for, a TNGHT album or long overdue solo LPs from the cross-continental duo? We’d blast any of ’em happily personally…