The Afghan Whigs
“The Lottery” 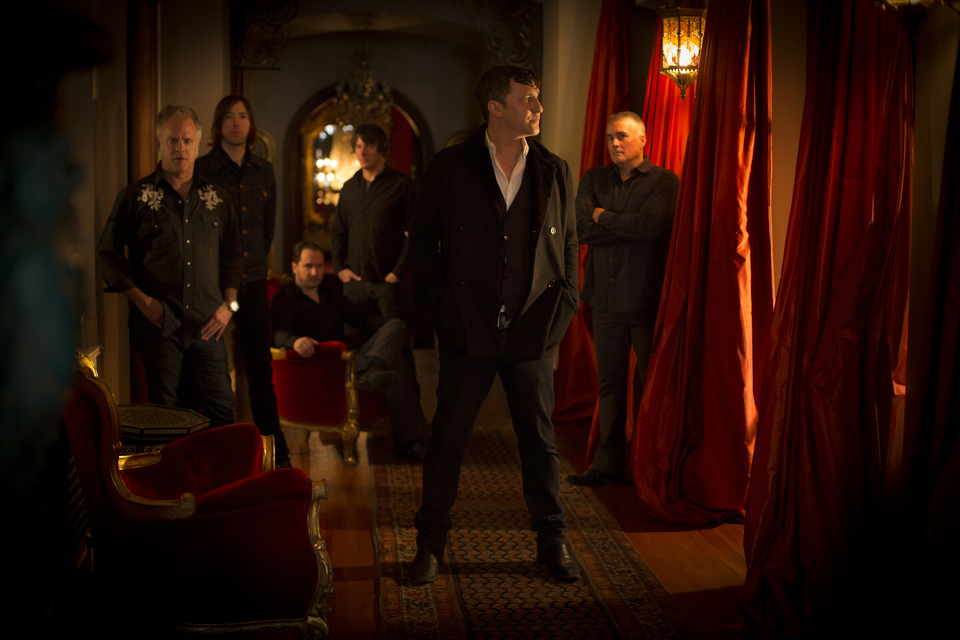 The Afghan Whigs have shared the second single from their first album in forever, Do to the Beast. Available to stream below, “The Lottery” is a little more aggressive than their last official leak but suffers from a muddy mix that leaves Dulli’s vocals sounding muffled and nearly mutes Cully Symington’s drums outside of a few parts. Maybe it’s just a poor digital transfer?

One key detail we just discovered, though—former Emeralds guitarist Mark McGuire added “womblike tapestries and nuances” to the record alongside Queens of the Stone Age’s Alain Johannes. It’s unclear if they worked on this track, but that certainly shows promise for the rest of the record when it drops on April 15th. In the spring issue of self-titled—available soon through our iPad app—McGuire also reveals that his recent LA move was inspired in part by Dulli getting him a music score gig for Get a Job, an upcoming comedy starring Bryan Cranston, Alison Brie and Anna Kendrick.

“It was really fun,” McGuire says in the story. “I’d have to watch cues of Bryan Cranston, and he can do anything. He’s hilarious, and you realize what makes a good actor. I originally recorded stuff similar to my solo music. It worked well for certain parts, but they said it kind of made the movie not funny. So I came out and did a week of comedy demos that fit better.”