The Black Dog Share the Shots That Inspired Music For Photographers 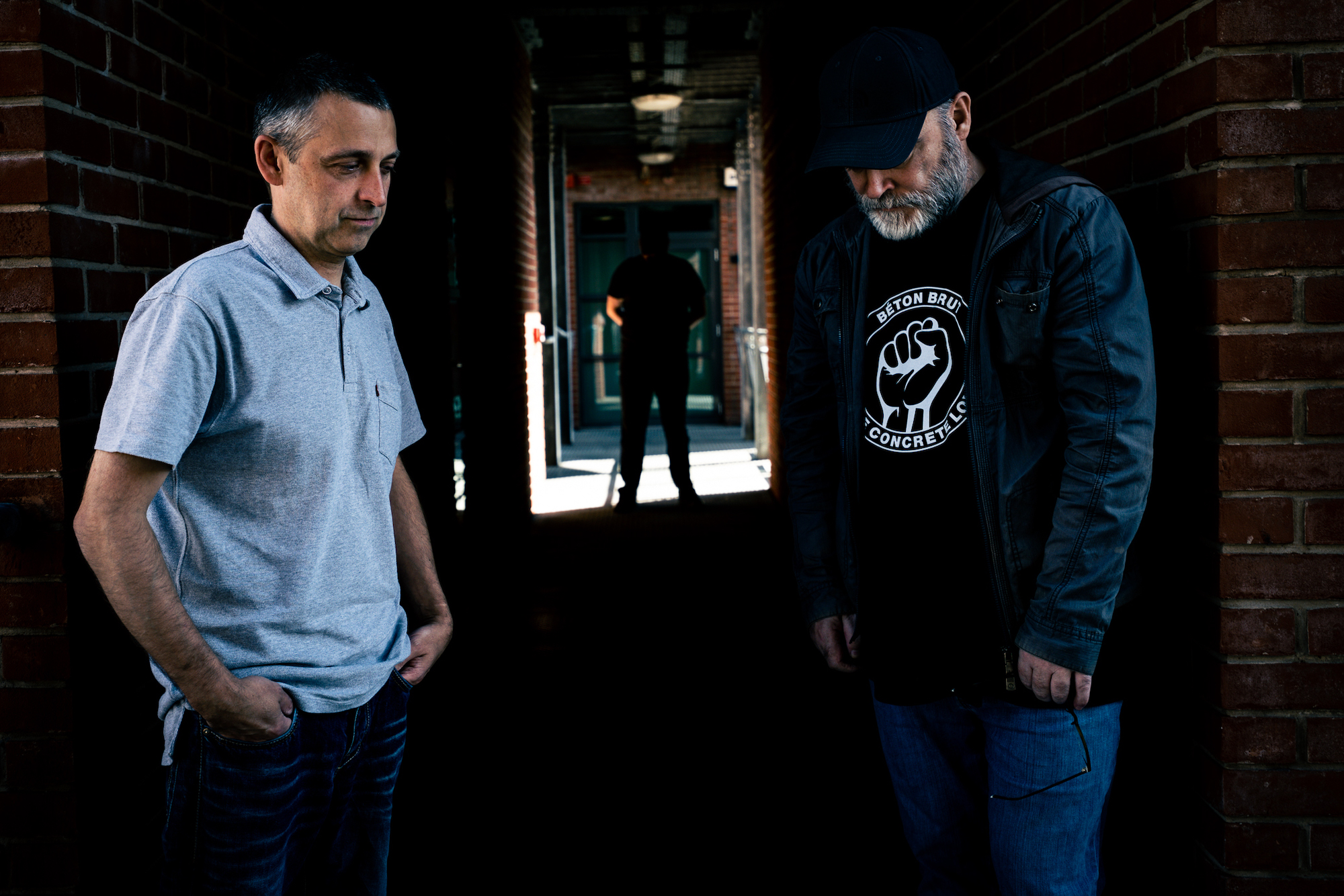 Music For Photographers isn’t the first ambient album The Black Dog have made — we’re particularly partial to the Eno retort Music For Real Airports — but it’s certainly one of their most cinematic efforts. To call it the soundtrack to an imaginary film would be wildly reductive, but there’s no denying how alive it feels, as if the Sheffield-based producers were composing each song alongside a monochromatic slideshow or muted movie.

Which makes perfect sense; its primary motivating factor was photography itself, something longtime member Martin Dust has excelled at for years. Or as The Black Dog explained in the lead-up to its quadruple-LP drop earlier this month, “We’ve always worked apart. For us, it’s nothing new. Large online servers have been in place for years but at some stage, we always meet up while working on an album to pour over the details, tone and running order. We create storyboards and write text to support and form the ideas.

They continued, “However, this process and the simple ability to sit in the same room just wasn’t possible during the pandemic. This isn’t necessarily a bad thing, on this project we believe that it has helped us to capture the isolation a photographer seeks with their subject. It’s an attempt at slowing down and finding something internal. When the chatter stops, the creative intentions seep through.”

In the following exclusive feature, Dust points out the visual reference points for five key songs, four of which were shot as part of his ongoing brutalist architecture series. And to hammer its points home, we’ve also included a new ambient mix that explores some of the same themes…. 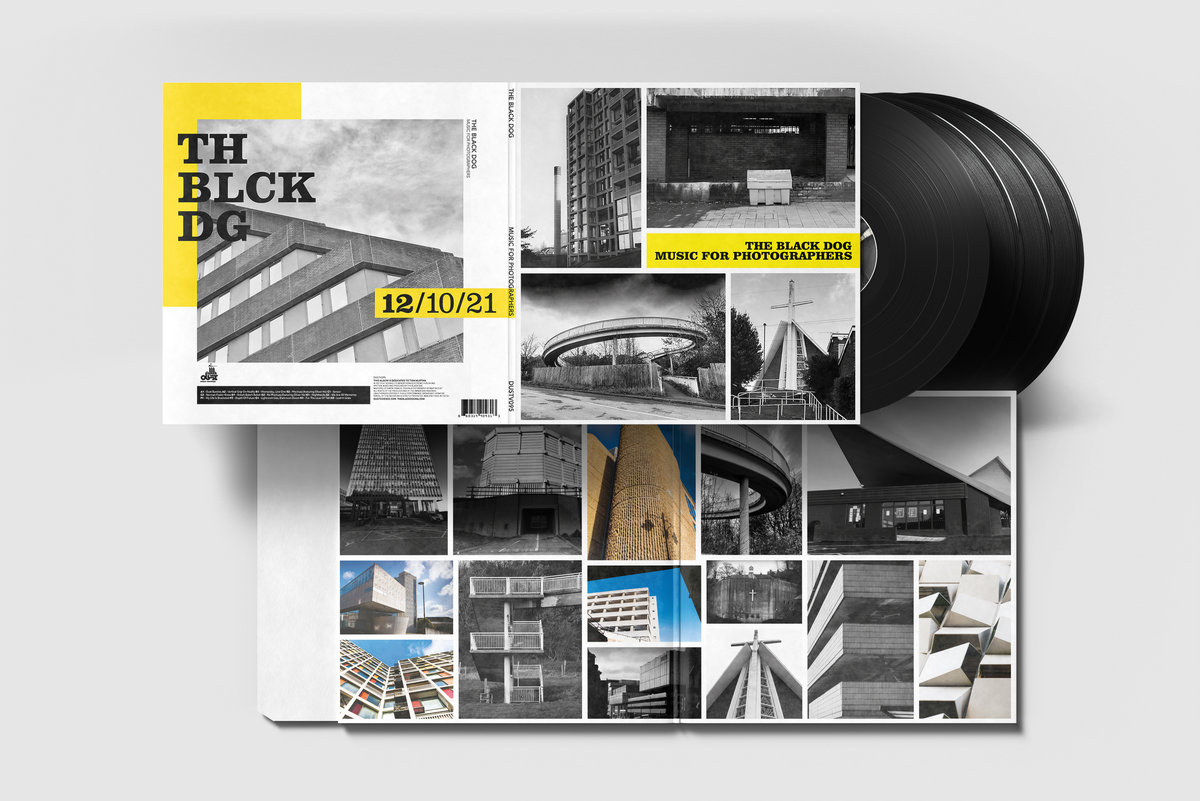 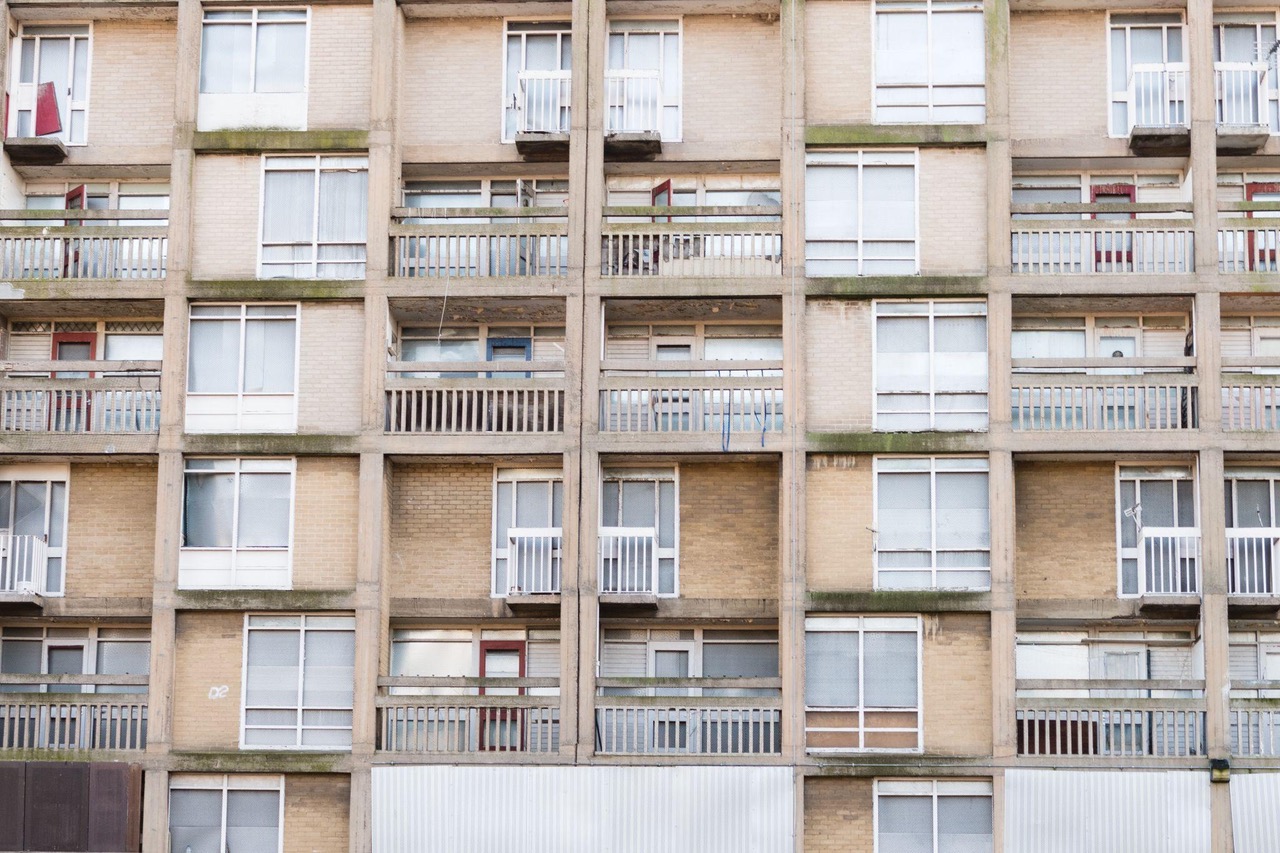 “PHO-KUSS” (FEATURING OLIVER HO)
Sometimes I go and sit up at Park Hill to get away from things, thinking I’ll call in on Nick from Human or Mark from Warp Films but I never do. I just end up taking more pictures for my archive and wishing they hadn’t planted so many fucking trees.

This track was written with the early mornings in mind. I asked Oliver Ho to do some slide guitar for the track because I was really into the sound at the time and I think there’s a reflective sadness in that tone and the overall sound of this track. I guess we all find solace in different ways. 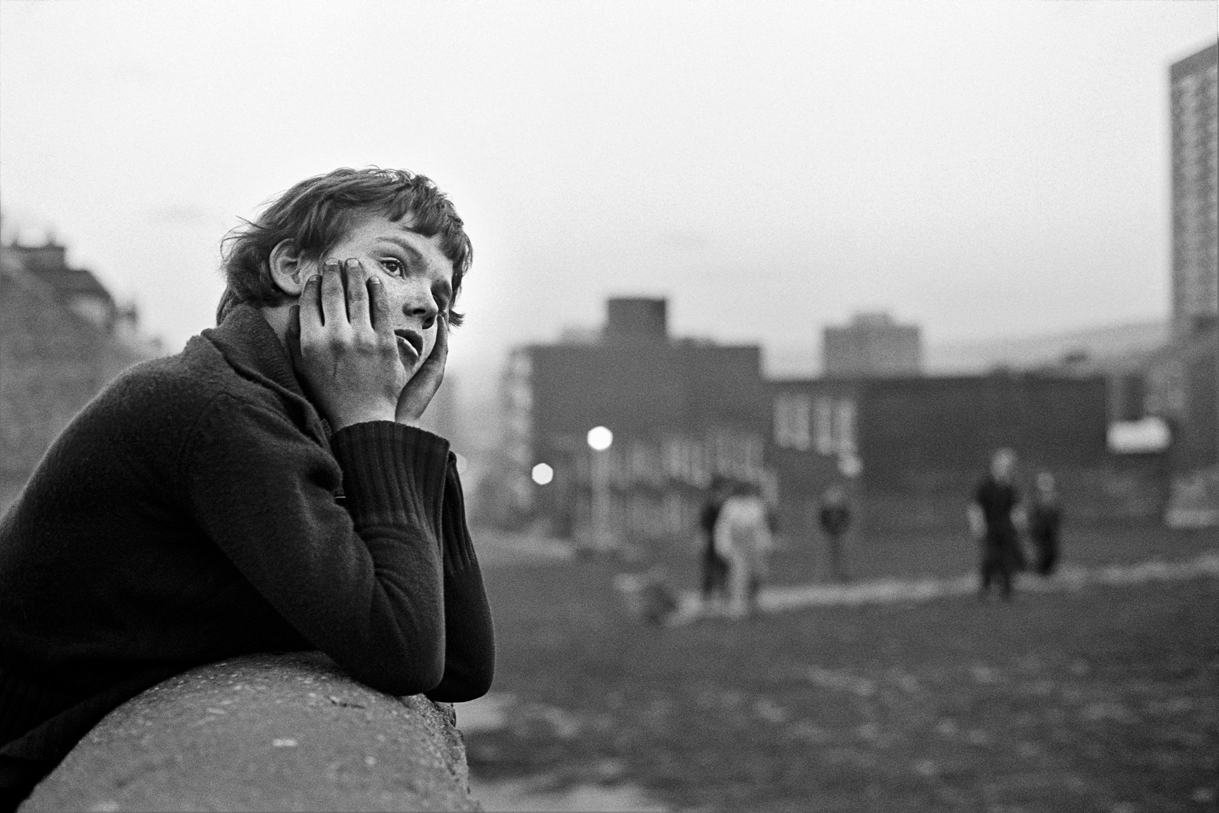 “FOR THE LOVE OF TISH”
When working around social housing I often think of the work of Tish Murtha, who was such a wonderful photographer and who I absolutely adore. Sadly, she passed away in 2013 but I think about her work a lot.

I was mostly thinking about a picture from Elswick Kids called “Glenn” from 1978. It’s often what I feel like when looking for pictures, daydreaming while in the background you can see the brutal architecture.

I’m currently saving to buy this print; that’s how much I love it, and the work of Tish. We’re hoping to work on a documentary about her that is currently being made. We’ve also hit that age where we are losing friends and I’m left wondering if we could have done more to celebrate people while they’re alive, not waiting until they’ve gone. 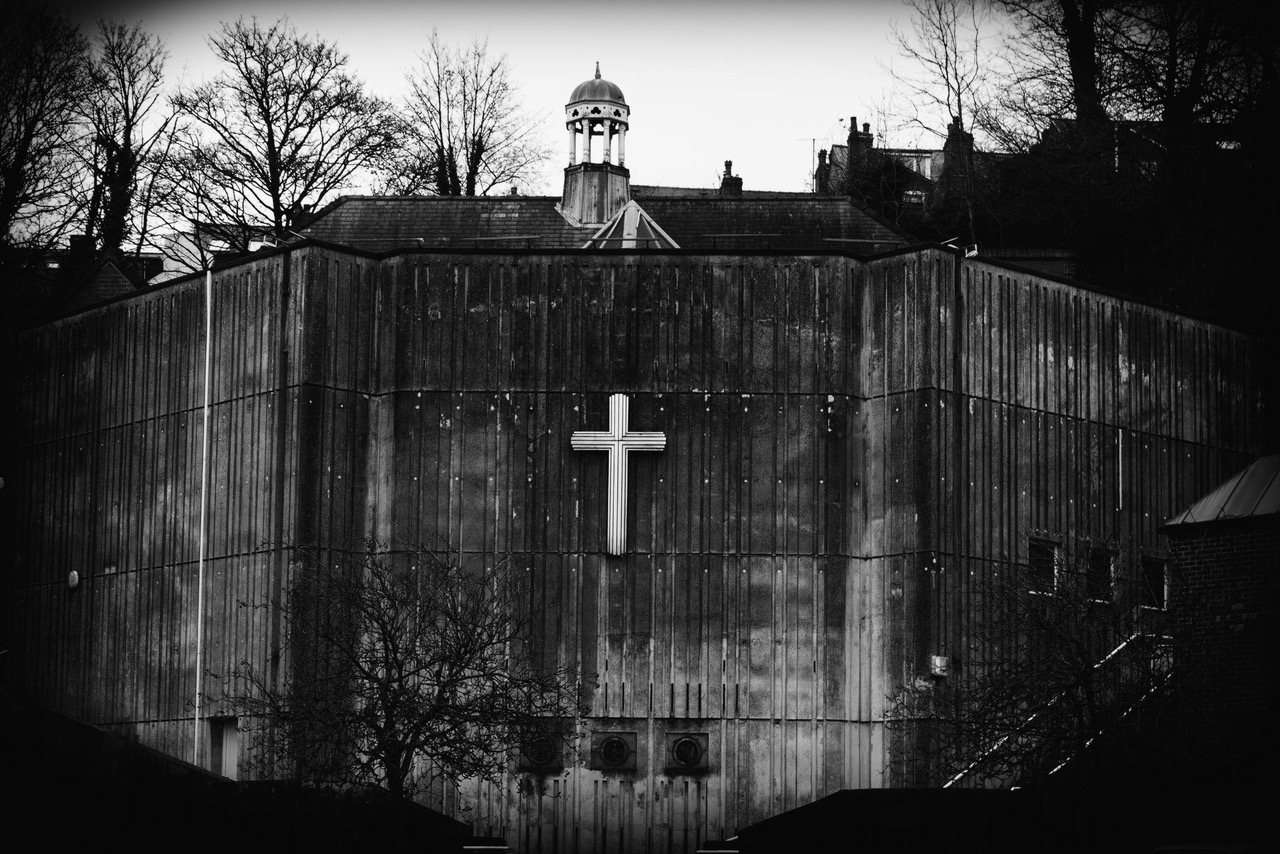 “DUST BUNNIES”
Being into brutalism you can’t help but notice that religion has invested heavily into architecture. While I’m not in the slightest religious, I do appreciate the spirituality of these places.

This track started in the car park as a simple loop while I waited for the cars parked outside to disappear. It would take nine visits to this site to find the car park empty. Seems crazy to spend all that time waiting but when you know the shot you want, then nothing else will do. I think we’re a little obsessed. 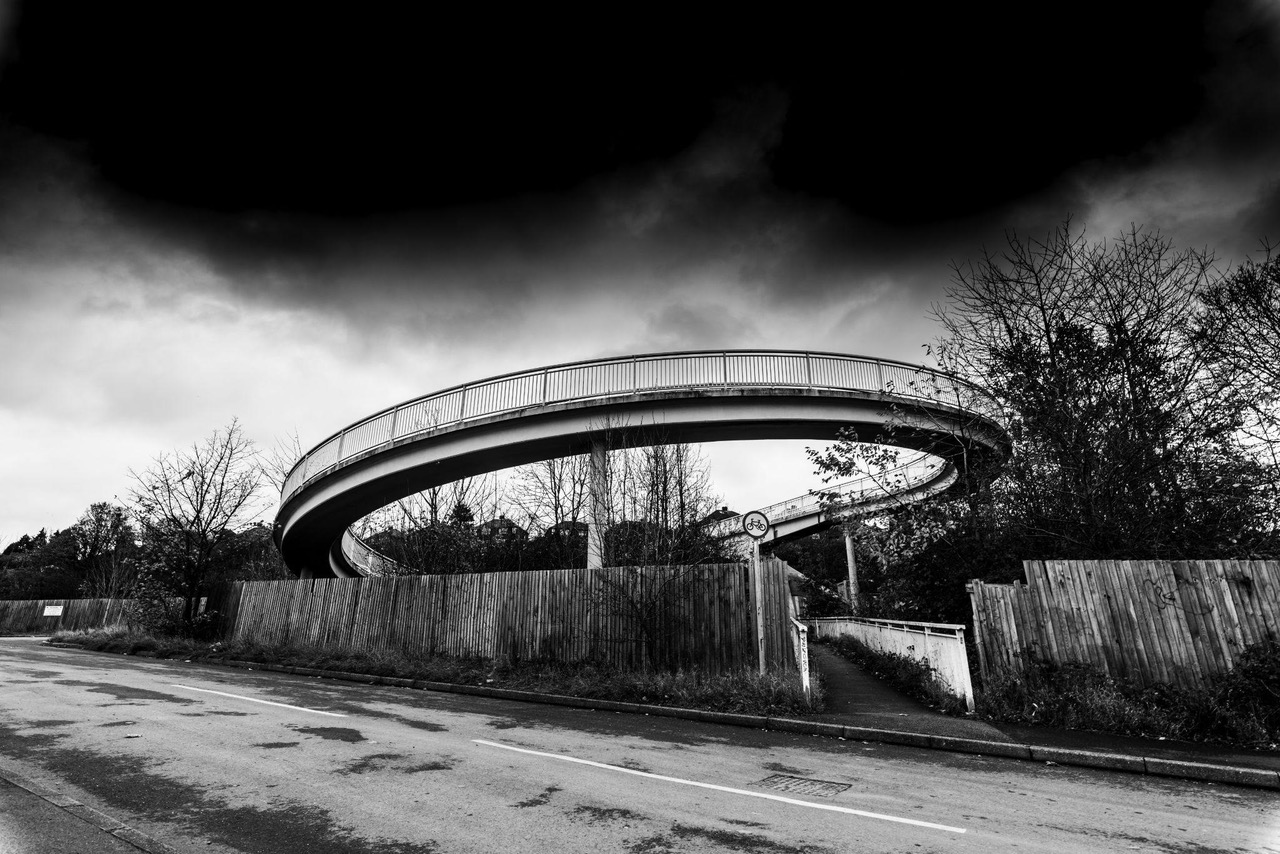 “BOKEH BOKEH BOKEH”
There’s something magical about this bridge; it manages to look futuristic whilst simultaneously looking ancient. It’s a strange paradox that some objects can hold. We put this image on the cover of Brutal Sheffield because we knew it was bang on the border of Sheffield and Rotherham, knowing full well that it would upset the pedantic shits on social media. And it did.

We made pad sounds from the recordings we made here. This bridge crosses the M1 motorway so there’s always a distant purring of traffic noise even though the streets nearby are nearly always deserted. 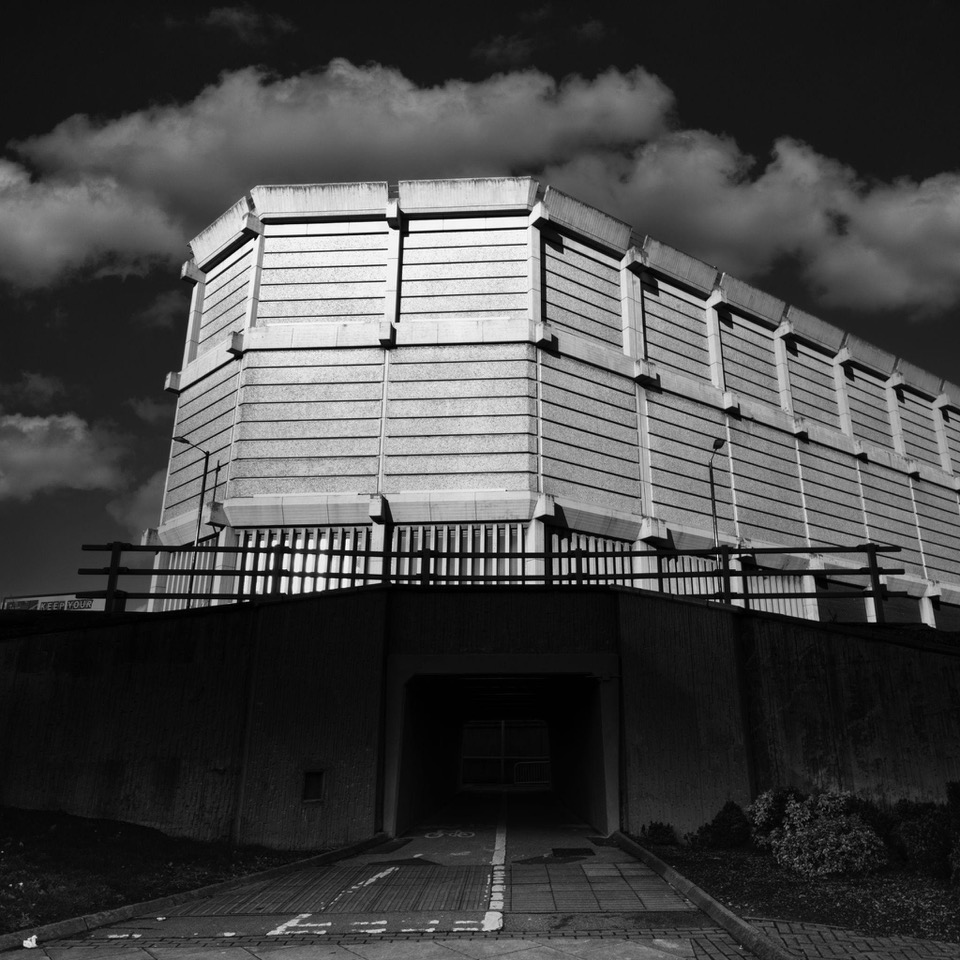 “NIGHTHAWKS”
The title is from a classic minimal painting by Edward Hopper. It portrays just four people in a diner late at night. It’s a massive influence and we wanted to reflect that in this picture — an electricity substation working late into the night. With no one in the shot, it becomes more stark and minimal. This one goes to 11, if you will.

We like the idea of other mediums influencing things, it gives them a longer reach, more life and meaning. We wanted to write something a little bit colder and more melancholy, which is why we used the piano on this track. It was all done in one take.