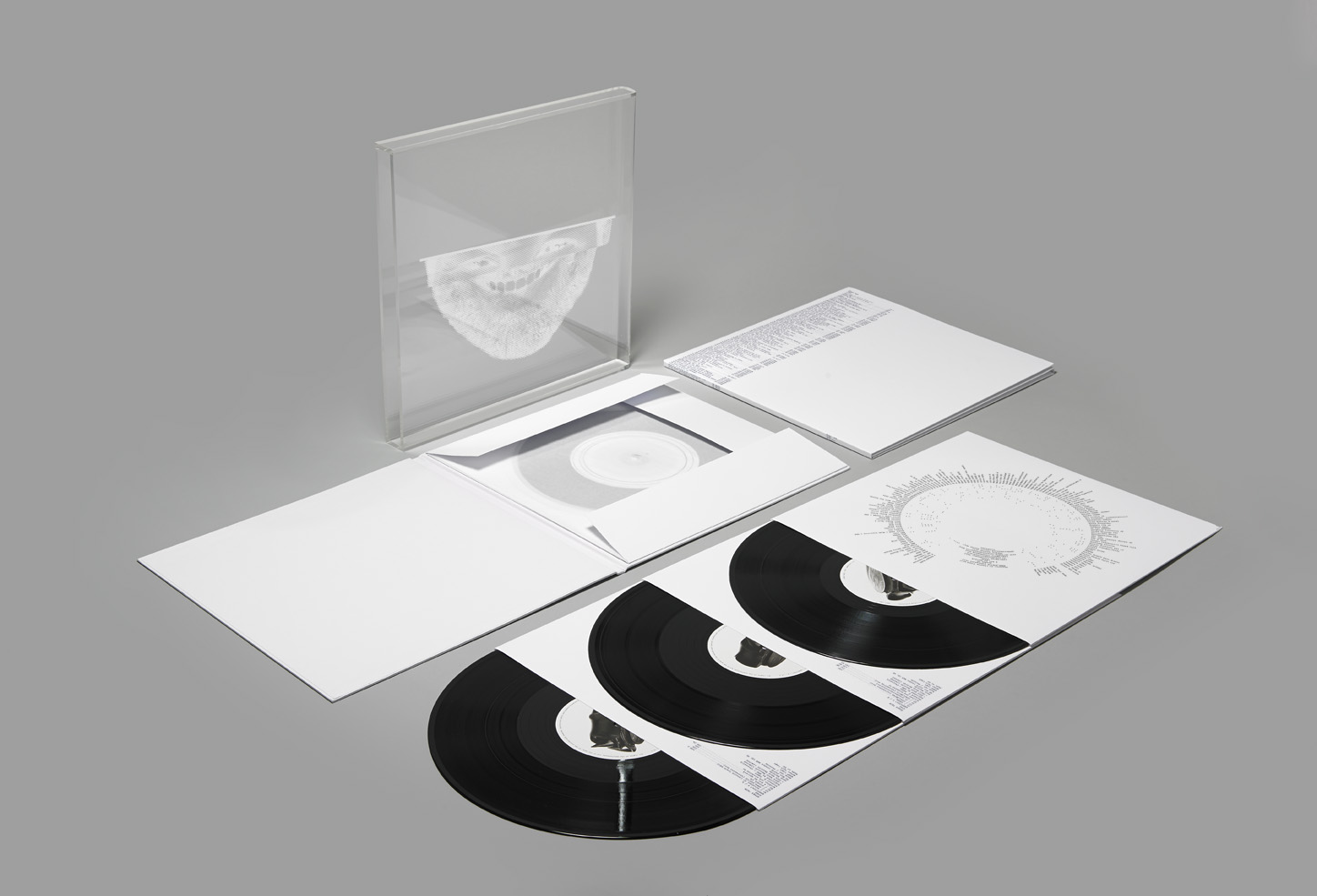 Longtime Warp collaborators The Designers Republic have shared some details about the high concept packaging for Richard D. James’ new Aphex Twin album Syro. According to a Creative Review interview with founder Ian Anderson, Richard D. James was involved every step of the way, starting with a few crucial ideas: pressing a debossed bonus track right on the cover of an extremely limited 3xLP edition (available via a raffle here), plastering the record’s raw vinyl pucks across its labels, and listing the costs of production right in the layout.

“The intense, and ultimately pointless detail of the list really appealed to me,” Anderson explained. “It was good working with [production manager] James Burton and the team at Warp to stretch out this mantra that tells the reader everything and nothing about the creation of what I hear was an intensely personal album in the making reduced to the numbers of an album in the marketplace.”

The Syro team also incorporated a “disinfographic” detailing the equipment used while making the album. “The stripped down intentional un-typography,” Anderson said, “reducing the legibility of the bigger picture in its super detail, clashing with the inherent obsolescence of the pumped up format packaging, asks questions of the consumer that the content can’t alone. It’s interesting that some people regard the design in terms of what they can see, designers judging it on craft and typography and fans seeing it in terms of value for money (ironically), for example, when the real message lies in the deconstructive absence of either.”

Check out some close-up shots of Syro’s 200-copy pressing below, along with Chris Cunningham’s classic “Windowlicker” and “Come To Daddy” videos, which The Designers Republic used as source material for other Aphex Twin sleeves…