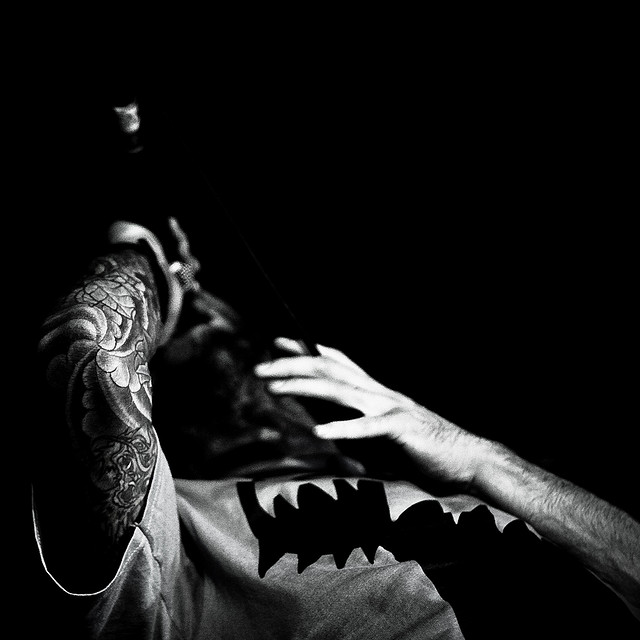 Belle & Sebastian, Late Night Tales (Late Night Tales)
We’ve always been a sucker for the Late Night Tales series, a worthy successor to the Back to Mine mixes that once asked everyone such electronic music luminaries as New Order, the Orb and Tricky to share the kind of records they’d play for friends at 4 a.m. Belle & Sebastian’s first cut a Late Night Tales set in 2006, and this follow-up makes a decent case for the Scots to do an actual DJ tour. And not just because they included two Broadcast tunes, including one of our favorites from the sorely missed duo: “Chord Simple,” a song that’s just that–a plaintive, melancholic chord progression that stops us in our tracks every time. The band also covers the Primitives (“Crash”) and pairs a few rising stars (Toro Y Moi, Gold Panda) with golden oldie grooves and slightly psychedelic sides that usher in the springtime quite nicely (The Wonder Who?, The Lovin’ Spoonful, McDonald and Giles).

Mike Armine, Verse & Cleansing Undertones of Wake/Lift (Translation Loss)
One of the things that’s always separated Rosetta from other Neurisis bands is the attention to detail that frontman Mike Armine brings to the band’s sound design side. Striking a balance between the noise and ambient worlds like Ben Frost and Fennesz, Armine’s solo compositions hold up as stand alone pieces as well as anything on the Type or Touch catalogs. That’s why this double pack–a new album called Verse and the more tortured 2007 LP Cleansing Undertones of Wake/Lift–is able to hold our attention for nearly 90 minutes, passing through our speakers like a snow storm with passing moments of pure bliss.

Quakers, Quakers (Stones Throw)
To quote our early review of this Geoff Barrow side project, Quakers’ self-titled debut is “a daunting 41-track disc that channels [Madlib] to a welcome point of pastiche, from the trio’s (rounded out by Katalyst and 7-Stu) ADD approach to their seemingly bottomless record crate. As cohesive as the record’s rhymes are–and there are many different flows on display here, including Guilty Simpson, Prince Po, MED, Dead Prez, and Aloe Blacc in full-on MC mode–there’s a reason its CD pressing includes an entire disc of instrumentals. Much like the underground hip-hop acts that captured a crossover audience in the late ’90s and early ’00s, Quakers treat their tracks like a sample-happy DJ set, cramming grimy Greek choruses, cop show keys, heated horns, jilted jazz, brutalized breaks, ragged Wu-Tang references and psych-infused quick cuts in the mix.”

Easily one of the most nostalgic underground hip-hop records we’ve heard in a while, one that just might make you dust off all your favorite ‘backpack rap’ LPs.

Human Teenager, Animal Husbandry (Spectrum Spools)
John Elliott’s Spectrum Spools imprint does it again with a Gary War/Taylor Richardson (of the Oneohtrix Point Never side project Infinity Window) collab that’ll appeal to fans of Ariel Pink and his old bosom buddy John Maus. In other words, expect woefully warped pop hooks, waterlogged synths and samples that sound like they were captured on a malfunctioning MPC.