The Rapture Break Up, Don’t Tell Anyone 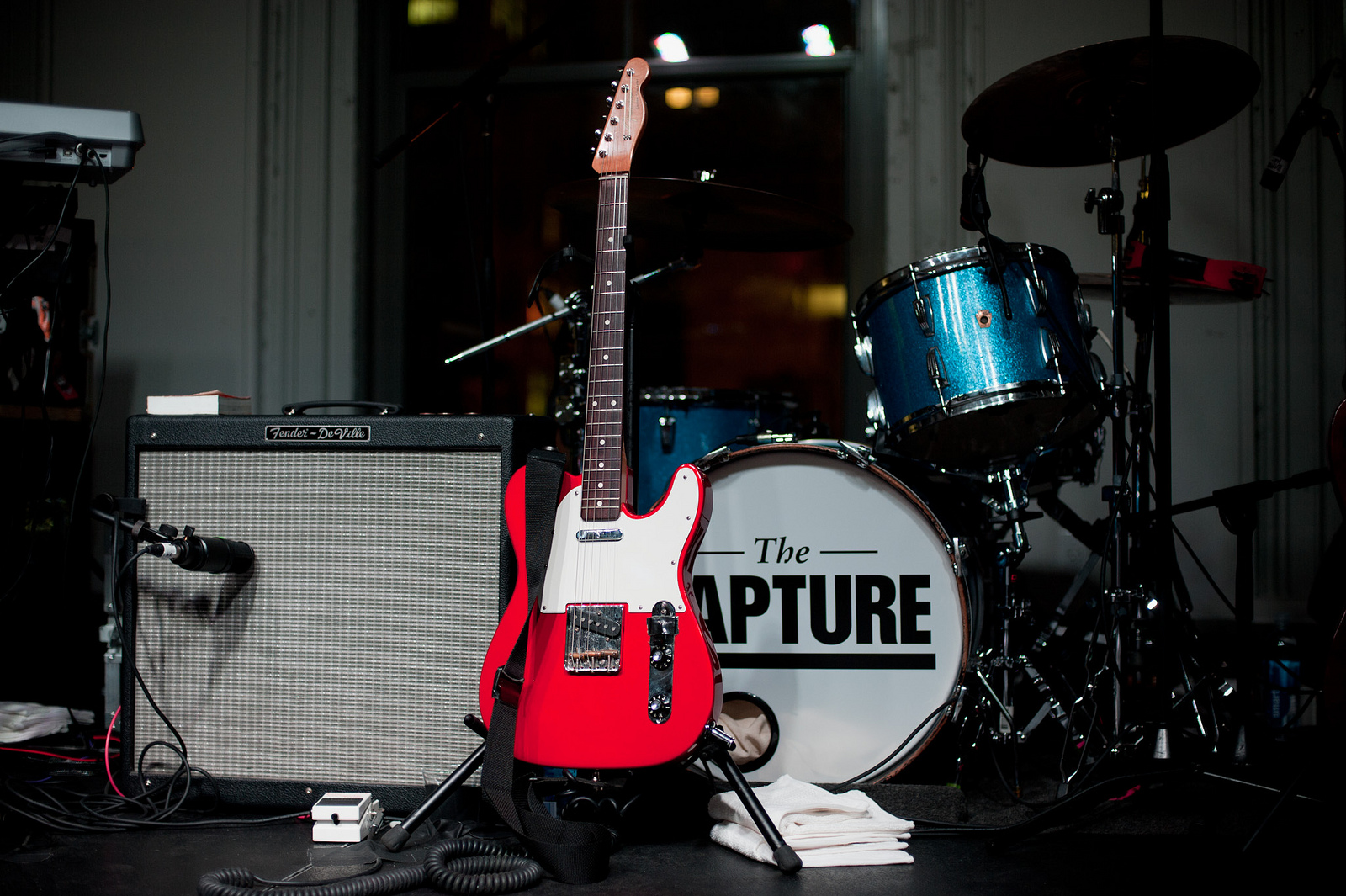 It’s official—The Rapture have broken up. Not only that; according to their on-again/off-again label DFA Records, they did so quietly, opting to not even release a statement.

“I kept thinking it might blow over,” label manager Jonathan Galkin said, “but that might not be the case. Feel free to go to press with this headline: ‘Did the Rapture Break Up and Not Tell Anyone?'”

That’s essentially what happened, as we found out in the most random manner possible: through a press release for the Red Bull Music Academy’s latest New York takeover, which has frontman Luke Jenner (“formerly of the Rapture”) listed as one of the guests for their two-night tribute to William Onyeabor, an event that also features David Byrne, Alexis Taylor (Hot Chip), Sinkane and Kele Okereke (Bloc Party).

The Rapture’s decision to split up isn’t a total surprise considering they’ve been largely inactive outside of DJ gigs for the past year, bassist/singer Matt Safer quit in 2009, and Jenner left briefly the year before to deal with his mother’s death and the recent birth of his son. The singer also started playing solo shows around the New York area last fall, and posted about writing a song with Joakim for the producer’s next record in January.

“I was afraid of losing the band for so long that I forgot to take care of myself and state what was important to me,” Jenner said in a Pitchfork interview around the release of the Rapture’s last record, 2012’s In the Grace of Your Love. “I was really confused. I’m not sure why I quit the band. That’s the real answer. I came back a few months later with my heart in my hands, like, ‘Look, I’m sorry. I shouldn’t have done that.’ I started this band because I really wanted to dedicate most of my life to it. I mean, I’ve known [drummer] Vito [Roccoforte] since I was 9 years old. I could never really play music with anybody else. The fact that I quit something that’s so precious to me was an indication that there was a lot of stuff I didn’t want to deal with but had to face.”

Check out Jenner’s guide to gospel music here, and the 12” that started it all below…