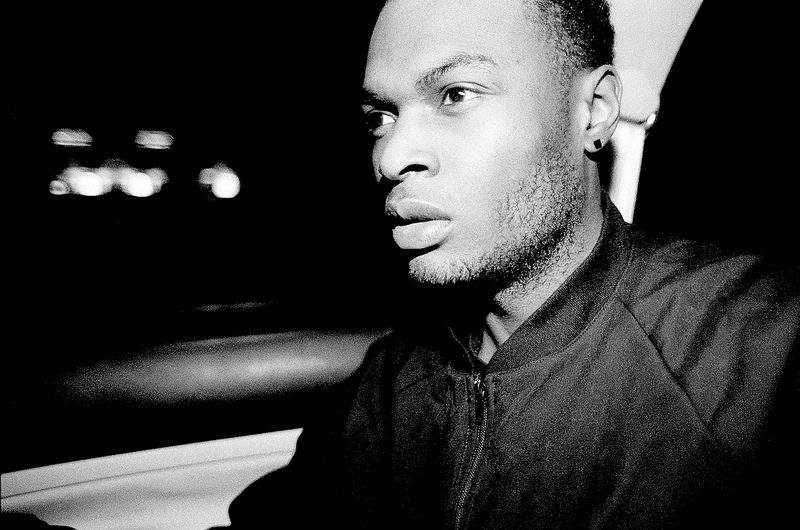 Lurking past the polish of electronic music culture lies an unstoppable force of nature, an invisible man who’s rife with depth and dimension. The only person who can cover so much ground and yet remain hidden in the mist is Actress, the London producer who paints a reverent and mesmerizing picture with his third LP, R.I.P (available now through Honest Jon’s, and worldwide digitally tomorrow). Cascading between an intensely inventive set of audible landscapes, the record shines within its darkest moments, revealing a side that’s undoubtedly focused on textures and emotions. So while there are moments of dancefloor grandeur, it’s not always about the dance.

Which leads us to our tireless search for the man himself. Ideally, self-titled likes to plan ahead for an interview as rare as the one below, but with Actress en route to New York City for his Unsound performance at (Le) Poisson Rouge tonight, we had to wing it. In the following stateside exclusive, Actress discusses his creative process, the themes that drive R.I.P., and the lingering influence of Paradise Lost…

self-titled: R.I.P. is immediately different in tone and texture from your last two LPs, with nods to the themes of Milton’s Paradise Lost and so on. What was the turning point in your sense of direction, idea wise and production wise?
I wanted to do something more meditative in context this time around, as well as implement a few new things. It was somewhat hectic.

Were there any specific ideas you wanted to touch upon with this record, personally or musically?
I liked the idea of quiet techno for a long time; it’s kind of how I like to make that sort of music. I wanted to use sounds which haven’t been heard anywhere else. I’m fascinated when you’re in a studio and you’re creating your own sounds and the possibilities are pretty nice together.

It’s a deconstructive piece of work, no doubt, in the same way as your previous two albums; yet with Hazyville and Splazsh, the drift always resolved into a beat or a pattern of melodic consciousness. On R.I.P., the drift can be endless. What was your intention behind this?
There’s no intention. It’s just the vibe that I was getting off the tracks. I’m interested in landscapes and sometimes I don’t approach what I do in a musical perspective first. It’s only as the track evolves, when I start thinking in a musical sort of style.

Your familiar take on dance music is still prevalent, if not more evolved, with tracks like “Marble Plexus,” “Shadow From Tartarus” and “IWAAD.” While the album is obviously not entirely a dance-focused record, what brought certain feelings from these tracks out? I feel like these tracks are the impetus of dancefloor consciousness.
I’d agree with that. Within my two albums, each has a certain aesthetic to it. You have to turn around and looking at the third, I don’t revisit previous ideas too much. It’s not also about being far-out; it’s not the intention. The intention is to live within a space and environment and try and focus elements of time and space into the aesthetic of music. It’s all about aesthetic to me; it purely comes from my fascination from what computers and synthesizers do when you input that sort of feeling. You also have to stand back and see the work as art–sound is what I’m using for art at the moment. That’s the just the way I approach it.

There are softer moments that are almost like Aphex Twin, but a track like â€œJardinâ€ shows several different sides of your production style. Where did tracks like that fit into the overall construction of the album?
That’s when Paradise Lost comes into it. It’s just the idea of a garden, I guess–just a sonic interpretation of a garden in paradise, or a part of paradise. You just come out with inspiration at different times, with different juxtapositions and you assess it. If you feel like it sounds something, you go along with the process. Certain elements of the spontaneity doesn’t always work, but if you have a certain vision in your mind, you can formulate it and sculpt it.

Can you elaborate on how you’ve managed to toe the line between full-frontal house and deconstructive techno within your sound?
Over the years I’ve bought a lot of techno records, records that are so good. But it leaves little room to be original, so I’m always trying to have ideas that are representative of something–be that Detroit techno or French-style house–and obviously adding my personal kind of ‘funky’ to it without making it so intentional. I don’t want to be in that kind of position. I guess what I do is more impressionistic in that sense. It’s just about that contained energy sometimes; that’s what they have, this amazing energy with epic arrangements and power that was able to drive a universal sound and idea. But only certain people can make those certain tracks, and those tracks are for different times, moods and landscapes. I make my music in a space which is thinking about all the sounds I’ve heard over the years and that’s it, really. Do the different vibes on R.I.P lie within the technology you chose to use as well as your own creative ideas?
It’s just got to the point where I wanted to be wireless. I had studios where I had leads and cables laying about; what I wanted to do was just tidy up the signal a bit. The idea from the very beginning was try to make things as wireless as possible, which from a dexterity perspective gives you a completely different experience. That’s what evolution in creative art is all about–sometimes it’s about fidelity, frequencies, working out different patterns within the process. That genuinely puts you in the space where it’s evolving. I want this to be literal, where people are reading Paradise Lost as I’m still reading it as well. I’ve never approached music in that way.

Can you tell us about the future of your Werkdiscs label, as it shifts into Werkhaus?
I like to take my time with things, and there comes certain times where you have to take a step back and assess what your direction is going to be. I’ve been trying to do things simultaneously–writing music and being responsible to the artists on the label. So it was just about listening to about what’s going on out there. I’ve got an idea of what I’d like about the label as well as what I want for the artists, the label’s identity as a whole.

Finally, your appearance at Unsound is not only the first time you’re playing live here in the US, but also playing the new material to American audiences. What’s your expectations and what do you think people should expect from Actress’ current live setup?
It’s just going to be an experience, isn’t it? It’s gonna be a trip! That’s all it’s gonna be really. I done a few different sets in quite a few shows recently and it’s a constantly evolving experience. New York’s going to catch me doing a lot of improvised stuff and I’m looking forward to it.