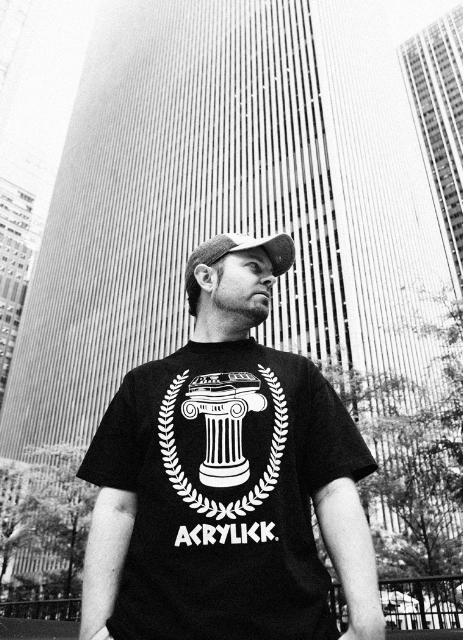 I’m really curious about songs like â€œRedeemedâ€ and â€œSad and Lonely,â€ because they sound like classic DJ Shadow. Are they the kind of thing you could write in your sleep at this point?
I love those songs; those moments of beauty are where I really feel like I’m doing something great. â€œRedeemed,â€ for example, even though I could hear that the samples would work together, it was the most extreme job I ever had to do in terms of beating the samples into submission over and over. Because the drums come from a poorly recorded high school record–the drums are really off. I probably spent a week on that, and a week on the vocal track. It was just pure science at that point. To see a song through that way–where I don’t hear any of the bending and twisting–I’m really happy with it. The same thing goes with â€œSad and Lonely.â€ I think it shows a more mature mindset. Earlier on in my career I might have insisted on fancier programming or something like that. Instead I tried to let the tracks take over on this record. I tried to be a steward and shepherd them along to a conclusion that felt tasteful and complete.

I bet you wouldn’t have done a song like â€œGive Me the Nightsâ€ 10 years ago–something that’s that raw.
Yeah, I rely on the taste of a few friends. They’ve listened to as much music as me and have a great philosophy about it in terms of what’s good and what’s not. They’re the type of people where I can say, â€œOkay, turn this track on with your headphones and turn out the lights.â€ They really got the tone of the darkness there.

One of the advantages you have over a singer-songwriter is that it’s harder to tell when something is autobiographical because the songs don’t involve your voice or your lyrics. Is it fair to say that this is a very personal record for you? Because parts of it seem to suggest that.
I treat my albums as my firing-on-all-cylinders A-game. It’s like how I think good movies are often written and directed by the same person. And inevitably, there are some autobiographical elements in there. When one person is steering the entire ship, it’s very much  part of them. That’s how I look at my albums. With this one, I secluded myself so I could be free of distractions:

You did most of the record in a wine country cottage in California right?
I did about 70-percent of it there, including all of the important concepts. At that point, I just had to fill in the gaps.

Your process hasn’t changed much over the years, has it? I have one of your first singles here–the What Does Your Soul Look Like? 12-inch–and you made sure it said â€œcomposed and produced by DJ Shadowâ€ even back then. Not just produced–composed.
All of the music I’ve ever been drawn to has been really immediate and raw. And at the same time, it’s usually well-arranged and conceived. That doesn’t mean hiring a 50-piece orchestra and all of that pretentious shit. It could be one person and a guitar, and be amazing in the same way. I like work that’s unapologetically audacious; everything from productions by people like Trevor Horn to albums that I name-drop all the time, like 3 Feet High and Rising, [Public Enemy’s It Takes] a Nation of Millions, Dr. Dre’s production for N.W.A. None of that stuff is just tossed together, and let’s hope for the best. You never perceive mistakes of bad decisions. You just nod your head and it builds inside of you.

I like that you insist on keeping things that way, too. I remember you wrote a long diatribe recently about how you’re going to keep working the way you always had, whether it’s for a hundred people or a million.
I feel like I have a standard to uphold. I have my own quality control and bullshit detector where I suddenly feel like I could try harder…I’ve never been inspired by people making statements like, â€˜Yeah, I did my whole album on my laptop in an airport lounge. You know what I mean? I never understood why that should gain my respect. What I like are stories that come from deep, meticulous concentration–really getting everything right. I value that in the movies I take in, the books I read, everything. I value hard work. At the same time, I’m nonplussed when someone spends six years making a really mediocre record. That’s the other extreme.