The Soft Pink Truth On… Darkthrone 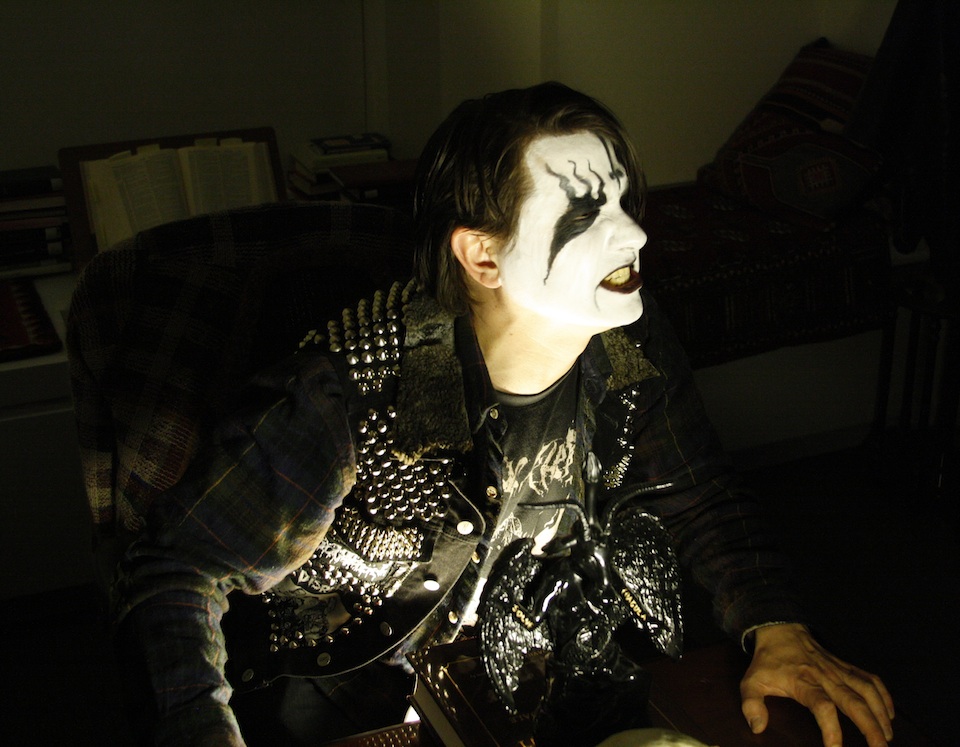 Seeing as how Drew Daniel just recast his favorite black-metal songs as a rabid dance record—featuring Antony Hegarty, and members of Locrian and Wye Oak, no less—we thought we’d ask the Matmos co-founder to draw a direct line from his Soft Pink Truth project to the deep KVLTer-than-thou cuts of Darkthrone.

Presenting his beginner’s guide to the unholiest of hooks; Daniel’s Why Do the the Heathen Rage? LP is available now through Thrill Jockey… Though the Peaceville trifecta of A Blaze in the Northern Sky, Under A Funeral Moon and Transilvanian Hunger are regarded collectively, and rightly, as genre-defining classics, Panzerfaust is my personal favorite. It’s an amazing black metal album, and has everything I love about this era of Darkthrone: insanely catchy riffs, really brutal vocals with a hoarse, edge-of-desperation rawness that makes me think of hardcore, and a relentless onrush of forward-moving dark energy that makes you feel vitally alive.

If you want to go deep with this album, I recommend that you check out Fenriz’ own full length audio commentaries about it on YouTube; it’s like the “director’s commentary” track on a DVD of a classic film, but in this case it’s about people in Norway recording on a four-track nicknamed “NecroHell Studios”. Fenriz is charming and articulate, and refreshingly upfront about the way he draws inspiration from other bands, gushing that he loved Celtic Frost so much that he made his own T-shirt.

About Nocturno Culto’s vocals on this record: Fenriz gleefully declares that these were “the most barbaric vocals I have ever heard.” I agree. Perhaps in reaction to the increasing conformity and stylistic codification of black metal as a global movement of tremolo-picking wannabes in the wake of their own pioneering albums, Darkthrone took a fascinating lurch out of the graveyard and into the squat in the late ’00s by crafting a series of raw, punk albums that wear their Motörhead and Black Flag influences proudly. On these recordings, the mask of ravishing grimness slips and humor enters directly in song titles like “Hiking Metal Punks.”

There’s a truly “fuck it” attitude on display here which is, in its very recalcitrance and indifference to trends, truer to the spirit of black metal than other bands which continued to plow that furrow exclusively. Plus, if you’re going to get into Darktheone, you need to wrap your head around their longevity and diversity. I’d suggest chasing this with their latest, The Underground Resistance. (And note the techno reference hiding in plain sight there.) This category is difficult for me as I am a fanatic and therefore I truly believe that it’s all good, but as with Spinoza’s metaphysics, we can talk about levels of perfection. In that sense, perhaps the demos for the Goatlord album from 1996 are less perfect; they are particularly notorious for featuring some very odd transgender vocal stylings in which the band crafted “female backing vocals” by singing through a pitch shifter. But in a way, there’s a certain genderqueer charm to that very fact.

For my money, the first album Soulside Journey from 1991 is for serious fans only, insofar as it is a kind of historical outlier. It’s Darkthrone playing death metal, which they do well as far as that goes, but which doesn’t really feel like Darkthrone to me. So I’d say save that for later, once you’ve digested the classic black metal albums and the late, punk style.

The Cult is Alive!

Previous Stream Aphex Twin’s Caustic Window Album
Next SONG OF THE DAY:
White Fence, “Like That”