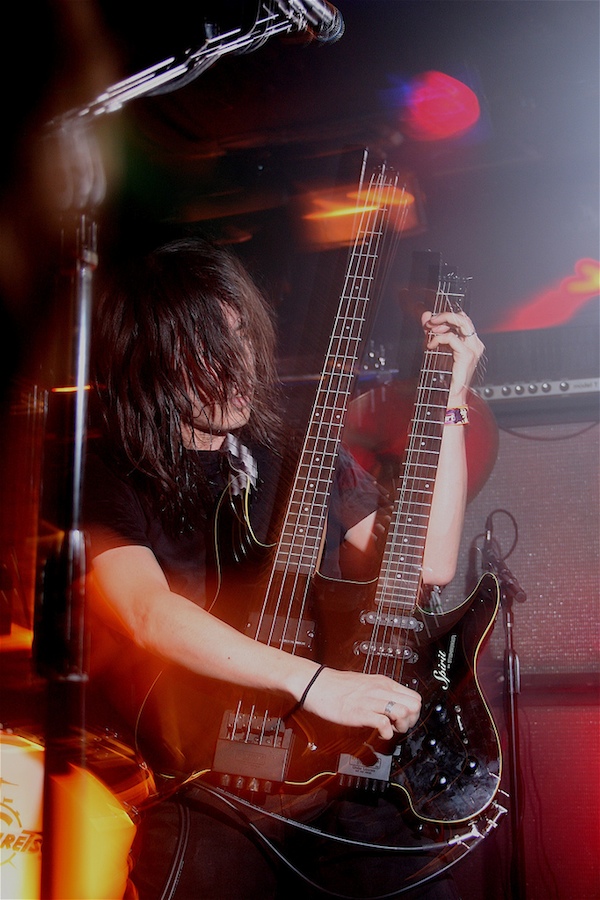 To complicate matters even further, Boris’ sales back home are one-tenth of what they are in the U.S. And the gap hasn’t stopped growing since the sudden crossover success of the band’s 2005 LP Pink, a nearly drone-free collection of shoegazer soundscapes and raucous, balls-to-the-wall ROCK.

Since Boris are known as much for their meticulous packaging as their music (according to Mizuno, “it’s often as much about the artwork as the music”), self-titled sat down with Mizuno during a New York press trip for Smile (out now on Southern Lord) to talk about the thought process behind some of his strongest record sleeve designs starting with :

Previous DOWNLOAD THIS NOW: Salem’s ‘I Buried My Heart In a Wounded Knee’ Mixtape
Next I WAS THERE: Arcade Fire Conquer Madison Square Garden, Including That 50-Something Dude In the Khaki Pants