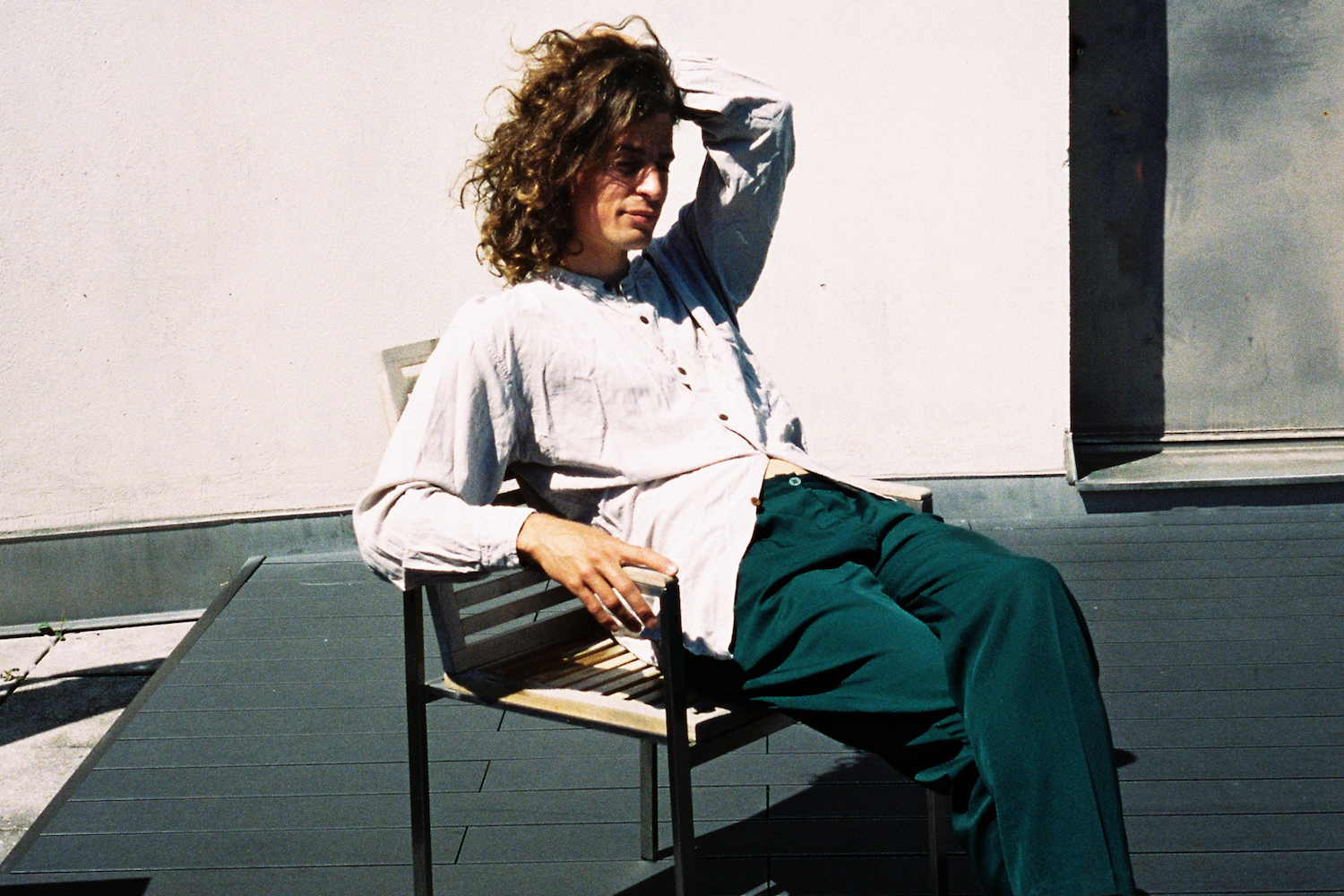 The Cambridge native is talking about his adopted home of Berlin, but the phrase could easily apply to the singer/composer’s own music. Delicate to the point of being disarming one moment, and easing into an explosion with his eyes wide open the next, it’s certainly not surprising Adams grew up idolizing grandiose bands like Godspeed You! Black Emperor and Sigur Rós. Chemtrails of pure chaos and fluid experimental flourishes weave in and out of the record’s widescreen frame throughout, reminding us we’re not listening to a simple guy-with-a-guitar record here.

There’s something a bit sinister lurking just below the surface, and Adams is here to break it all down for us the day before the album’s official release on Kowloon Records….

“PENINSULA”
I originally wrote “Peninsula” on an acoustic guitar whilst camping near the sea on the west coast of Scotland. I have always found playing music a very comfortable way of expressing how I feel. I often write something and find myself engaging with particular topics or emotions in my life that I didn’t realize were there. It is as if the subconscious connection between my brain and an instrument is a more honest expression of how I feel than my conscious thoughts. “Peninsula” was one of those songs.

“DEAR FUTURE”
I wanted to write the opening of the new record. The idea was that it would reference my previous record Silence—lyrically and arrangement wise—and provide a short retrospective of the intervening time, before suddenly and drastically stepping things up a level to the world of the new record. Although I eventually decided against being overly conceptual/metaphorical with this in the end, the resulting track retained much of this original idea. Lyrically, it is an anthesis to much of the previous record.

“COLD NOISE”
This track is a love letter to Berlin. I wanted to write something with a lighthearted feel, and use that as a format to write something more serious/personal to me. I meet a lot of people who came here chasing a dream; I was/still am one of them; this song is about the highs and lows that the social and self-imposed pressure of ‘chasing a dream’ can bring.

“A BREAKING”
News, by definition, is about things that happen very rarely and are new to you. Yet somehow it feels like a lot of the news and media that comes across my radar has a depressingly repetitive theme to it. For me, making music has always been a way to escape rather than a way to put across a political agenda; however, as an artist you are unavoidably influenced by the world around you. As such, “A Breaking” is more of a broad response to the hypothetical state of things as I experience them than about any specific issue. 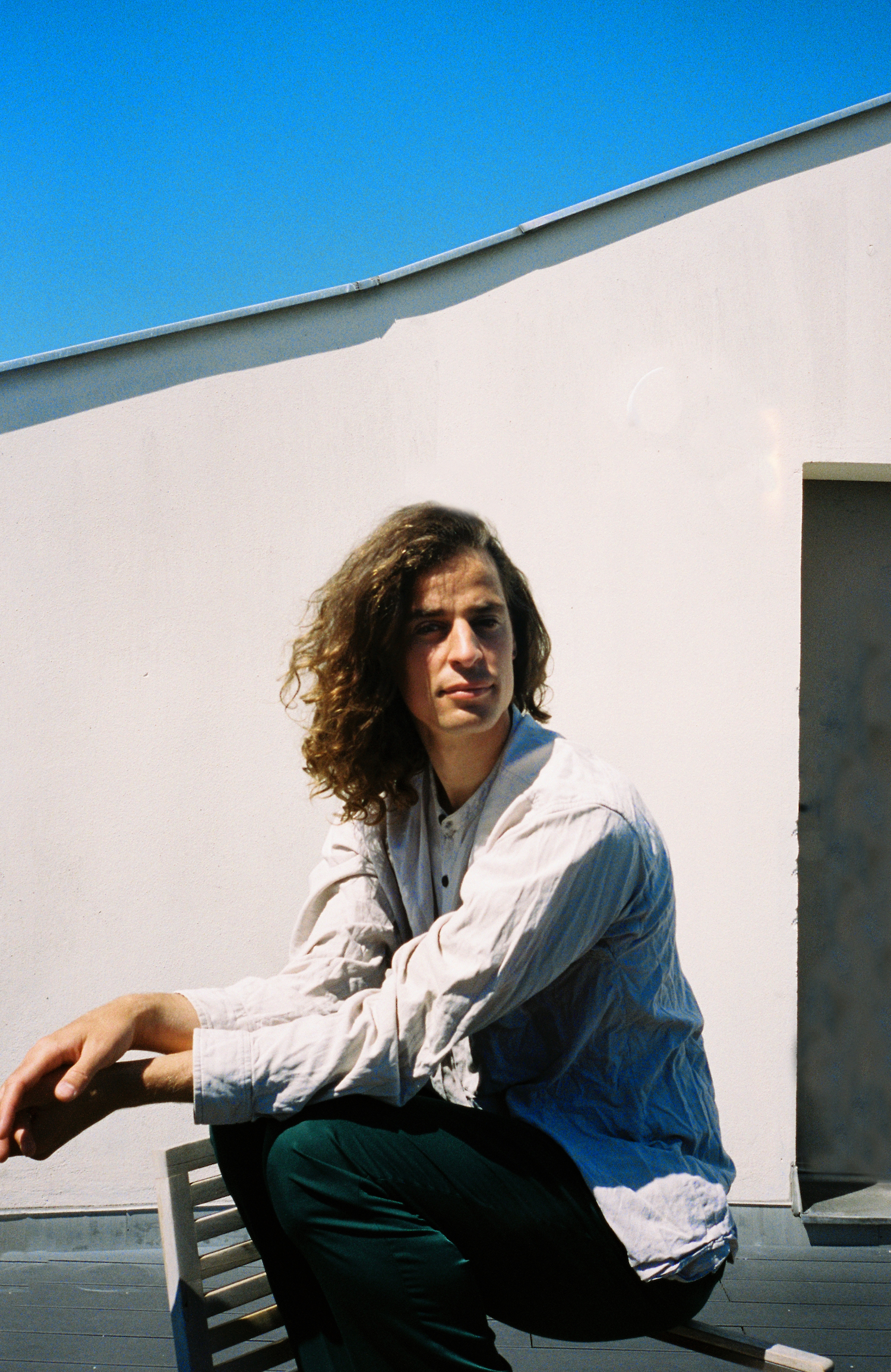 “IN DARKNESS”
“In Darkness” grew out of the feelings of detachment that come from our seemingly ever-increasing integration with technology. That feeling when you turn off your laptop at night and in the darkness of the blank screen are suddenly back in the real world, wondering what happened to the last few hours. I didn’t grow up with the internet or using computers, but somehow in the last 20 years, my experience has reversed and now so many things seem to be unavoidably filtered by computers and screens. Even some of the most fundamental aspects of our lives—such as our relationships and life aspirations—are intrinsically shaped by these filters.

It’s not about whether technology is ‘good’ or ‘bad’, or even a Digital vs Analogue debate; for me, it is about the speed with which technology has become an essential part of our daily lives without anyone stopping to ask if this is actually a good idea. The name of the record was actually inspired by a technology error. My girlfriend wrote to me online one evening; her software autocorrected ‘dear’ to ‘death’. The foreboding nature of this error really connected with me and helped shape the apocalyptic direction the album ended up going in.

“DIVE”
Music has the potential to take you to places that are seemingly more profound, more subtle and more beautiful than anything that can be expressed simply with words and language. As a teenager, I remember vividly the experience of discovering the music of bands Godspeed You! Black Emperor, Explosions in the Sky and Sigur Rós. It sparked in me a desire to create my own music. The idea that I could potentially write something on my guitar that was expressing things beyond my own understanding of the world was, and still is, incredibly exciting. Throughout the writing process for Yes, Sleep Well Death, I found myself reconnecting with that initial sense of excitement I felt when I first explored writing and recording my own music as a teenager. “Dive” was, for me, the track that best expressed this—the centrepiece of the whole record.

“THE GARDEN”
I found myself thinking about where I would want to be to watch the end of the world, and decided I would want to be in the garden that I grew up playing in, climbing the tree I climbed so often when I was a child. The song developed from there, into me thinking about who I would want to be with. The result ended up being the most straightforward ballad on the record, and I really like it because of that. Its arrangement is quite metaphorical, which I’m often not such a fan of, but it seemed to feel right in this case.