Tom Rogerson Shares the
Stories Behind His Solo
Debut, Retreat to Bliss 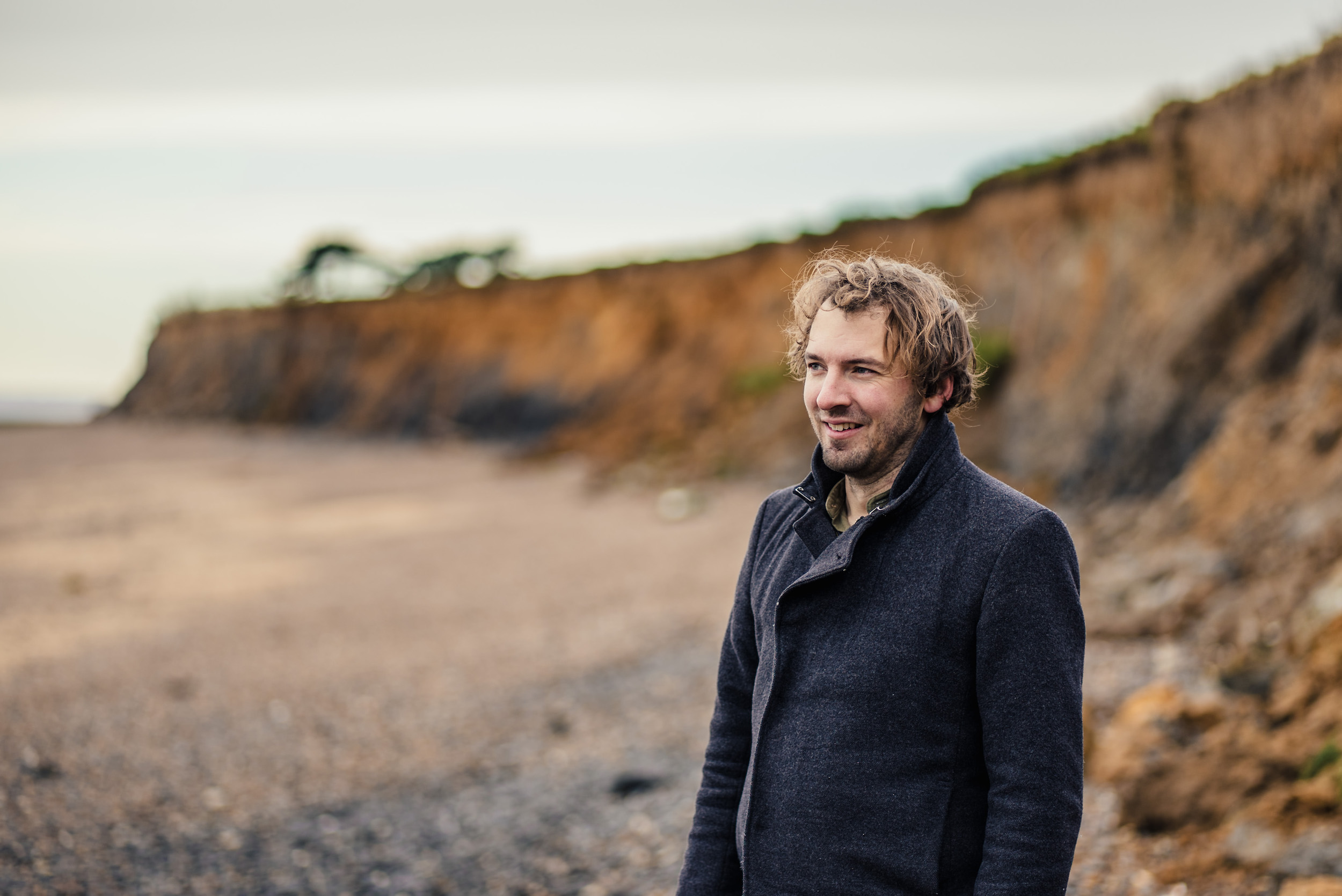 “All my life, the piano has been my constant companion, my confessor, my best friend, and my worst enemy,” says UK composer Tom Rogerson. “I’ve always written music on and for the piano, but it felt too personal, too private to release.”

That changes this Friday, when Rogerson unveils his first proper solo LP on Western Vinyl, the ‘ambient piano’ album Retreat to Bliss.As the Suffolk native explains in the following exclusive feature, the record’s feel-good title is a bit of a red herring. While the past few years have been a celebration of life on many levels — largely thanks to the birth of Rogerson’s first child — they’ve also been a sobering reminder of just how limited our time is here. (Rogerson was recently diagnosed with a rare form of blood cancer; he also lost a parent.)

“The last few years have brought some struggle, some joy, and a lot of change,” explains Rogerson. “My response has been to retreat to what I trust the most: the piano, my voice, and the landscape I grew up in. That’s how the album got its title, and how I came to be ready finally to release a solo record….”

“DESCENT”
This track was originally an improvisation which I liked so much I had to learn it to recreate it. A lot of the tracks on this album were ‘written’ that way. Believe it or not, it’s heavily inspired by electronic music processes.

The first section is an attempt to do something quasi-generative: a simple descending pattern that develops the way a computer might spit out more and more ‘scale-appropriate’ MIDI. The second section is a generative loop — imagining granular processes subtly altering the original pattern. And the third section is mimicking an arpeggiator. I’ve always loved the way arpeggiators have their own pulse, which is affected by how many fingers one’s holding down at any given moment.

I hope none of that makes it sound too dry; the point is using these inspirations to make something that’s still emotionally affecting.

“OATH”
I thought it was going to be a very purely minimalist thing focused on the slightly lopsided loop you hear at the start, but then I moved away from it and played the whole piece pretty much as you hear it — including vocals. Fortunately, I’d recorded it. So then it was a question of learning it and coming up with some words.

I should say something about my voice: this is the first time I’ve tried singing so directly. I’ve always sung to complement my piano playing, but as a sort of extra hand to come up with tunes. But this time, I really started developing the voice a bit more. I was going through a lot of personal stuff (good and bad: births, deaths, diagnoses), and I felt I needed to write words more fully to express what was going on. That sounds so obvious to most people, but to me it was a huge, nerve-wracking step!

“BURIED DEEP”
Lots of my pieces seem to end up with a very slowly evolving left hand pattern, and an improvised melody in the right hand. Any motion in the piece seems to come from the interaction of the two.

I think throughout this album I was thinking about how to play something like ‘ambient piano’ in an interesting way. Some of the experiments I tried were emulating William Basinski processes over very long durations on just a solo piano — very subtly varying touch, dynamic, articulation, etc. — but pretty much playing the same pattern for 12 minutes.

Turns out that actually isn’t that engaging! But I think that helped with a few of the slow pieces on this album in terms of considering how little I can get away with while still giving the piece a coherent shape and affect. 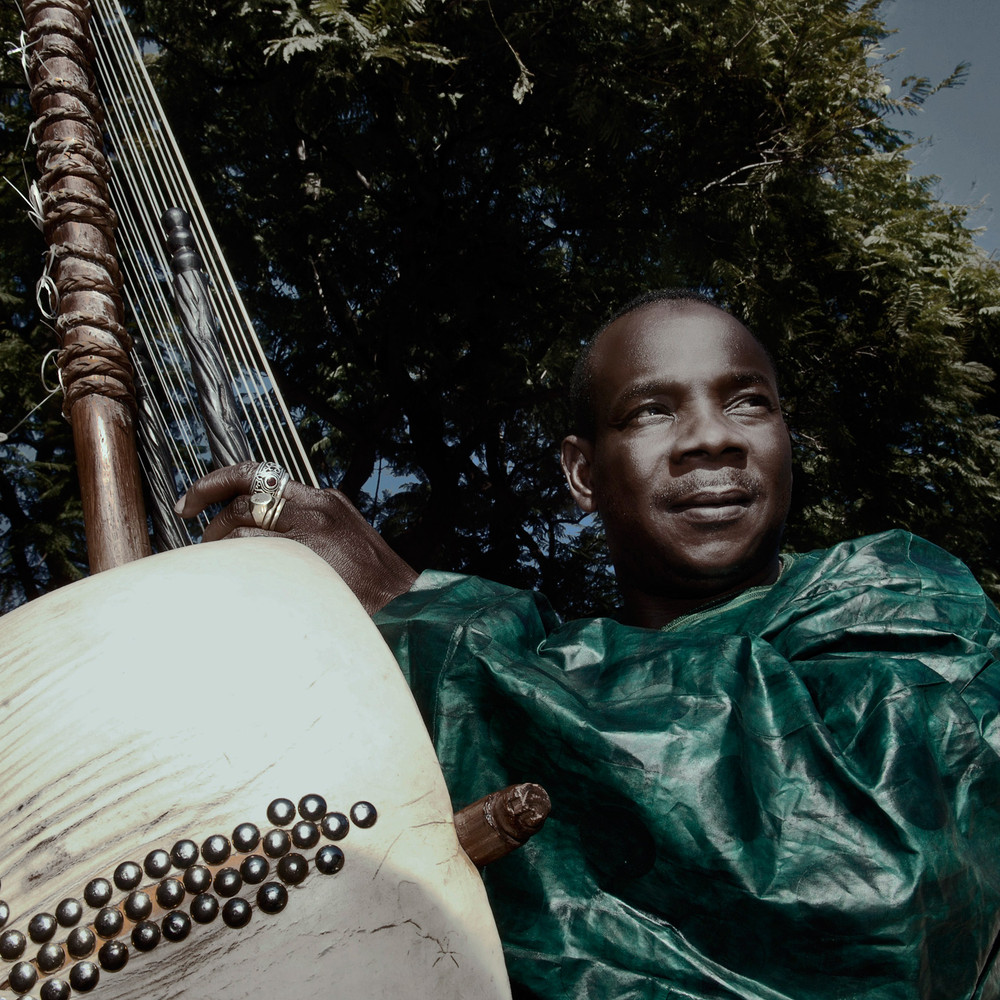 “TOUMANI”
Named after the wonderful Malian kora player Toumani Diabaté, who I got heavily into about seven years ago, just as I was starting to think about how to make solo piano music in a more disciplined way than pure improvisation. There’s something about the accompaniment and free-flowing melody that he often uses that really appealed to me, as well as the density of some of the textures on that instrument.

I thought it would be interesting to imitate that to see where it took me — how it would sound on a piano — and this was one of the pieces I ended up with. I say pieces, but it’s still very free; the only set material is the first few bars.

“DRONE FINDER PART 2”
This was originally improvised from an earlier session. I had it as a demo that Leo really enjoyed. I didn’t see there being much to it, especially as it’s originally the concluding half of another piece!

I should probably mention the synths here, as they’re quite prominent on this track. We thought it’d be interesting to use synth drones to glue some of the music together. They’re used throughout the album to extend notes that are in danger of disappearing, fill out the texture, and counteract the natural decay of the piano. (It often frustrates me.) We didn’t want them to get in the way or detract from the live performance of the pieces though. 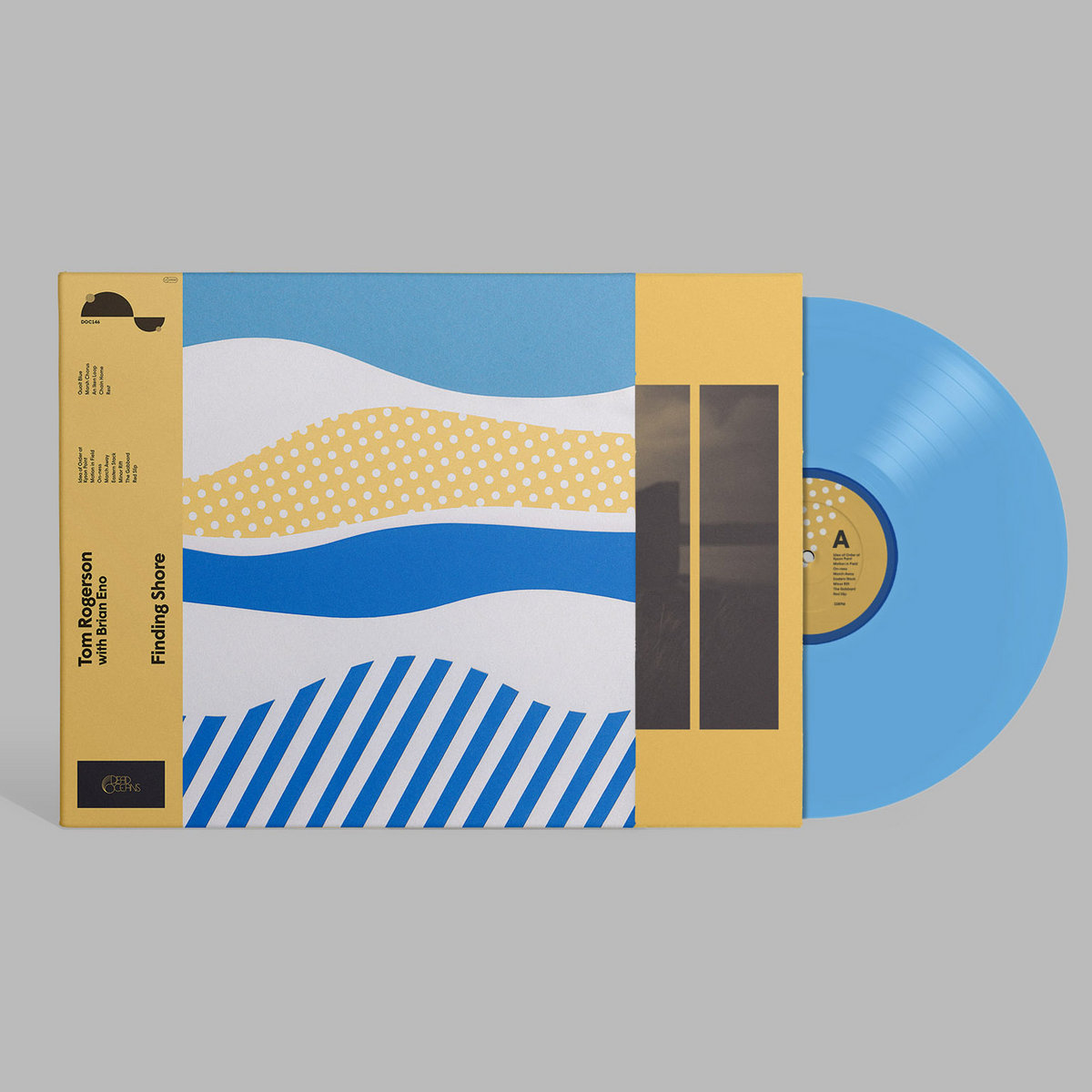 “CHANT”
When I’d come round to the idea of writing actual ‘songs’ (for want of a better word) with words and even sort of a verse/chorus, I wanted to strip everything back as much as I could to try to nail what I was trying to express. In “Chant, “that meant going right down to a simple one-handed accompaniment, and singing the melody over that.

I suppose that was a desire to leave myself nowhere to hide, to embrace this simple act of expression, and not obscure it in any way. I often would open with this on the tour of my Eno collab album, when people might be expecting to hear weird FM synthesis.

“RAPTURE 1”
I’ve got a lot of “Rapture” pieces in my library. It’s a mode I often go to: thick texture, fast patterns…. It’s actually the one I’ve been focusing on a lot since making this album. It’s also a nightmare to record, and quite difficult to shape into something that belongs on an album like this, as this kind of thing often needs time to develop. It might work better over 10-20 minutes. And maybe works better live, when people can see the fingers.

But from my point of view, it’s often my way out of a hole. It can get emotionally rewarding very quickly, and I love throwing the voice into the mush of frequencies. It’s the kind of thing I’ve been doing since I was 15 on the piano, but always struggled to say ‘that’s a track.’

“OPEN OUT SPAN WIDE VIEW”
I can remember comiing up with the left hand hook late one night when I’d invited my friend Owen round to record me on my Granny’s old piano. It was pretty much the last thing we did that day, after five hours of recording improv. Felt very beautiful and appropriate to end the day.

I really wanted to capture that spirit in rerecording it properly. Again, that sense of how little can I get away with doing without it being boring: ‘ambient piano’. Not in the original Eno sense of music that you can’t quite hear, but in the modern genre sense of music that inhabits a space, but has an internal logic or form. I really like the idea of just going up the scale super slowly at the end until running out of keyboard, and then that’s a natural stop to the piece.

“A CLEARING”
Another confessional. I suppose it’s true that I use music very much as therapy, as catharsis. Especially in the years of writing these pieces; a lot of the music naturally ended up in a very sad space without me intending it necessarily.

I should note that the album title Retreat to Bliss is very much centered on the retreat element. Like this whole process was running away, back to the thing I know best (piano) — the one thing I can rely on at a time of great uncertainty in the world and personally.

But that retreat is meant to be double-edged. It’s only occurred to me since that maybe it’s a cheesy title, when it’s really meant to be almost forlorn — a futile injunction if anything, made in the certain knowledge that there’s no such place or state as bliss.

“RETREAT TO”
Probably my favourite piece on the album. It’s another learned improv. The album needed to peak somehow. This is the closest I get to how a live gig can peak for me. So much of it is about arriving at a place which is then repeated and developed like a slowly evolving loop; it’s the journey to that place, and then it’s the journey within that place.

That’s very indicative of my whole improvisatory style these days. I’ve honed in on this more and more thanks to my Thursday afternoon streaming sessions on Instagram, which I started during lockdown to give me a chance to keep playing, and which ended up teaching me not to fear slow development and sitting it in the same spot for half an hour. (It’ll be harder to do that with a live audience!)

“CODA”
This is actually the final part of the first piece (“Descent”), which I chopped out of the original improv and then replayed as a little chorale to round off the album and bring us back to where we started….