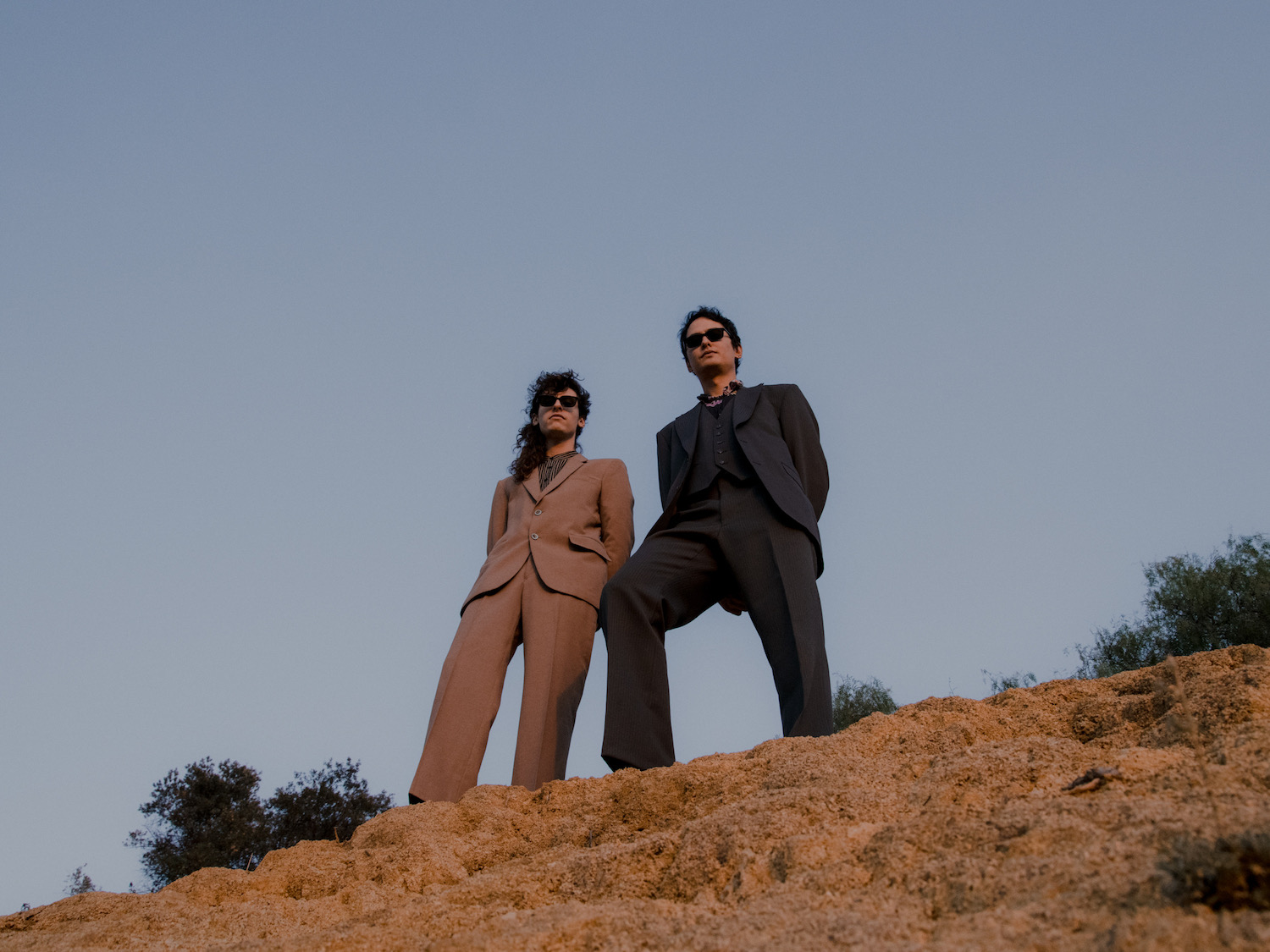 Anyone wondering just where the hell Regal Degal’s been the last couple years can now rest easy; two of its three members (Josh da Costa and Jamen Whitelock) have reemerged with a new experimental pop duo called CMON. Short for Confusing Mix of Nations, it’s best understood by diving right into the #selftitledpremiere below—a video by Artist of the Month alumna Geneva Jacuzzi—and reading da Costa’s words closely. LA fans also have a release party to look forward to early next month at Zebulon….

This all started out as an experimental offshoot of Regal Degal and ended up becoming way more poppy than planned. Regal was mainly three people: me (Josh da Costa), Josiah Wolfson, and Jamen Whitelock. We played Krauty, funky, blissed-out rock with the occasional touch of dreamy pop and noisy punk. But when we weren’t doing that we were usually listening to / DJing lots of (Italo) disco, new wave, (Afro) boogie, house and whatever unusual music we could get our hands on… in record stores all over the world or thru the net.

This project is more centered around that side of our musical consciousness. It’s as if our band fell asleep and this is the dream it’s having. Plus we went from a trio to a duo (me + Jamen), so it’s no longer guitar / bass / drums. In fact, we now use more instruments in our recording process, which really lifts the limits that we imposed on our songwriting. Regal was already a fantasy band to us so let’s call this a double fantasy.

Our upcoming EP is an intro to a new sound. The first batch of good stuff that made us go mmmmmmmmm. But there’s more coming. Some more singles and eventually an LP. Hopefully some mixtapes too. Props to Geneva Jacuzzi for making this crazy video and understanding our desire to match the sheer brilliance and madness of our heroes without denying us the pleasure of trying to meet them on their level, while creating our own freaky universe.

And in case anyone’s wondering , the name comes from Josiah’s old job selling and sorting records out of a storage space in Alhambra. There was a section of world music called Confusing Mix of Nations. When I saw it I LOLed and immediately abbreviated it to CMON , which I thought made it a great band name right off the bat; it’s very loud and inviting.

Taken literally it sums us up perfectly. I was born in NYC and partially raised in Brussels by parents who are from the Caribbean, while most of my family lives in Amsterdam, and Jamen is half Miami, half Taiwanese.

Thank you for listening!