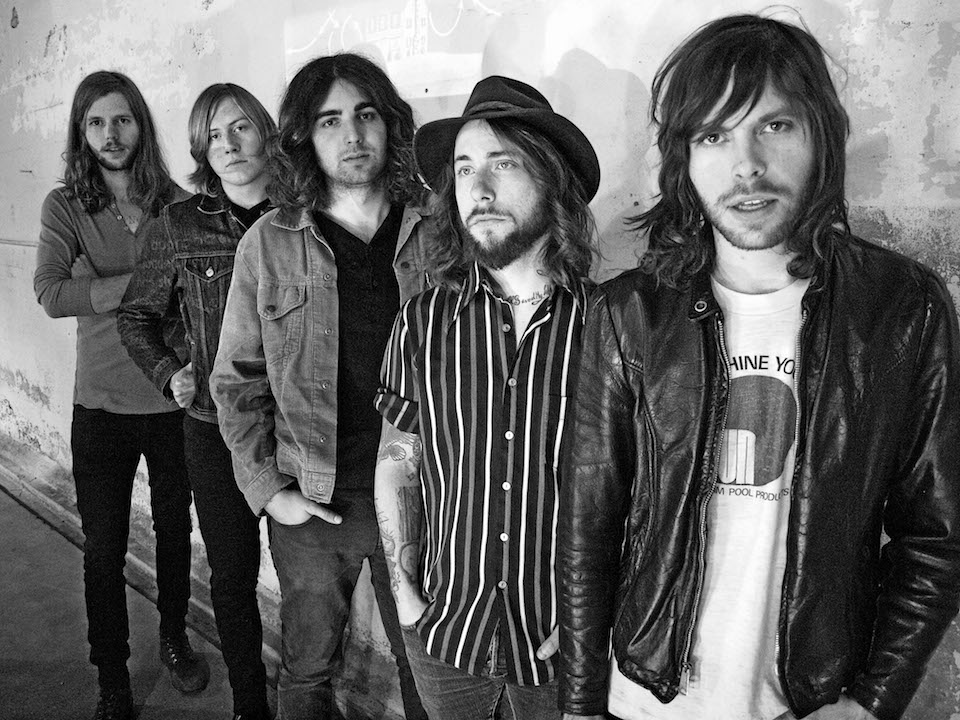 Now that we’ve reached the part of that self-fulfilling prophecy “Losing My Edge” where everyone trades their guitars in for turntables and steeps their electro-pop songs in analog synths, there’s something to be said for a band like Jesus Sons. As seen in the video above—”Who’s Around,” the lead single from their self-titled debut on Mock Records—these self-proclaimed freedom fighters are straight out of a Roger Corman film from the mid ’60s, reminding us all of a simpler time where cheap whiskey and watered-down Coors cans prevailed over small-batch bourbon and craft beer. Kinda like a biker gang without the bar brawls, outstanding warrants or felonies.