VIDEO PREMIERE: King Dude, “Fear Is All You Know” 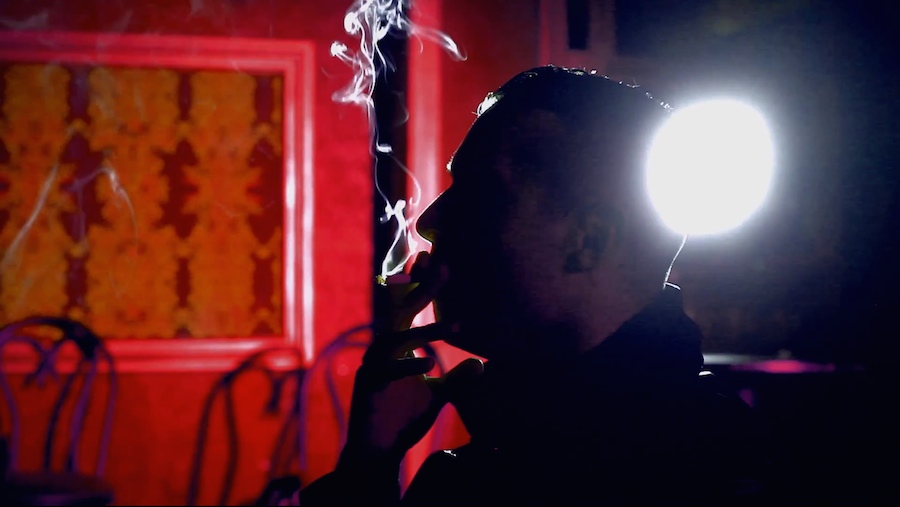 After launching his Not Just Religious Music label with a 7” single and a Chelsea Wolfe collaboration, King Dude has shifted his focus to Fear. Due out May 6th, the album started with one simple concept: “to make the most horrifying music” TJ Cowgill could. That lead to something a little deeper, however.

“I really had to begin to think about what inner fear every single person possibly could have,” explains the singer-songwriter, who also runs the Seattle-based fashion line Actual Pain. “Of course the most common fear everyone on Earth shares would be the fear of dying. But that seemed too obvious to write a record called ‘Fear’ and have it be about the fear of death. There are already way too many songs written about being afraid to die. (Or not afraid to die for that matter.) In fact I have written a few of them myself.

“So I chose the next most obvious fear I felt everyone shared,” he continues, “And that is the fear felt during early adolescence. As we move away from our childhood towards our adulthood we (in a sense) watch helplessly from the confides of our own slowly deforming, prepubescent bodies as the ‘child-mind’ is ripped away only (or buried deeply into our subconscious) only to be replaced by the cruel, maniacal, sex crazed ‘adult-mind’ also known as the ultimate product of a civilized adult world reality.”

That theme drives the not-quite-safe-for-work clip for “Fear Is All You Know,” which also touches upon the mirrored images that flicker throughout the full-length. Have a look in the player above, and check out the record’s cover art below along with King Dude’s upcoming tour dates with Ghost…