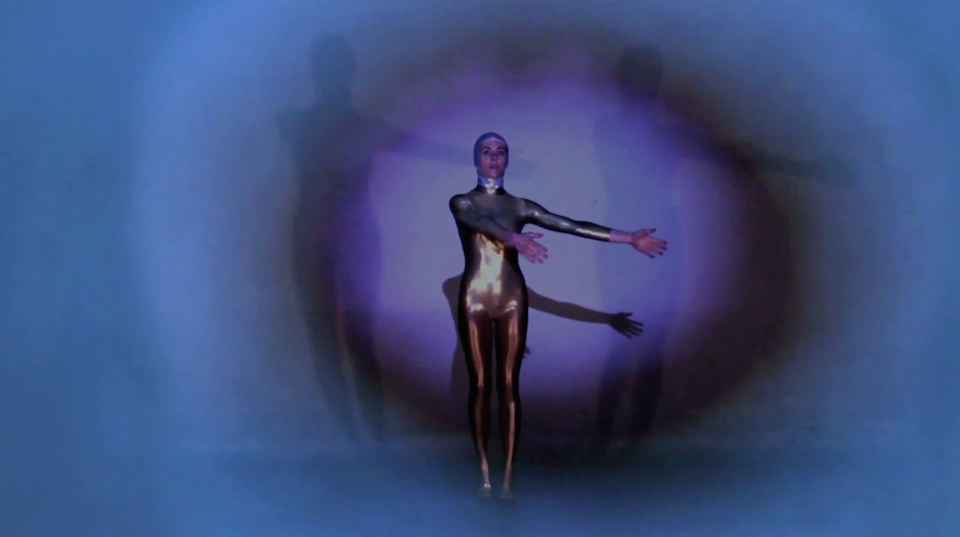 It’s taken three years and several one-off singles, but Telepathe will finally release their second full-length record on August 7th: Destroyer, a steely pop LP that pulls its reference points from flatlining relationships, freestyle Miami beats, stacks of science fiction, and Madonna, back when she didn’t need to feature everyone in existence to earn our attention. Having already heard all of the songs below, we’re psyched to share a #selftitledpremiere of “Night’s Spell” (directed by Dawn Garcia) in the video player above. Here’s what co-founder Melissa Livaudais had to say about it:

“Night’s Spell,” the song, is a fantasy of being in love for a minute. It’s a really unfortunate problem we have as humans, projecting ideals and desires onto someone, and that someone will never measure up to our fantasy of what we want. More or less it’s a destructive curiosity of wanting to be capsized by a lover—wanting to lose control.

“The song and video are about being under the spell of what you’re projecting onto someone in a relationship,” added Telepathe’s other half, Busy Gangnes. “And then also being the projection or idealized version of what you think someone wants you to be.”

Check out more fairly recent material below, along with a special interview self-titled commissioned between the Brooklyn duo and GZA a while back…