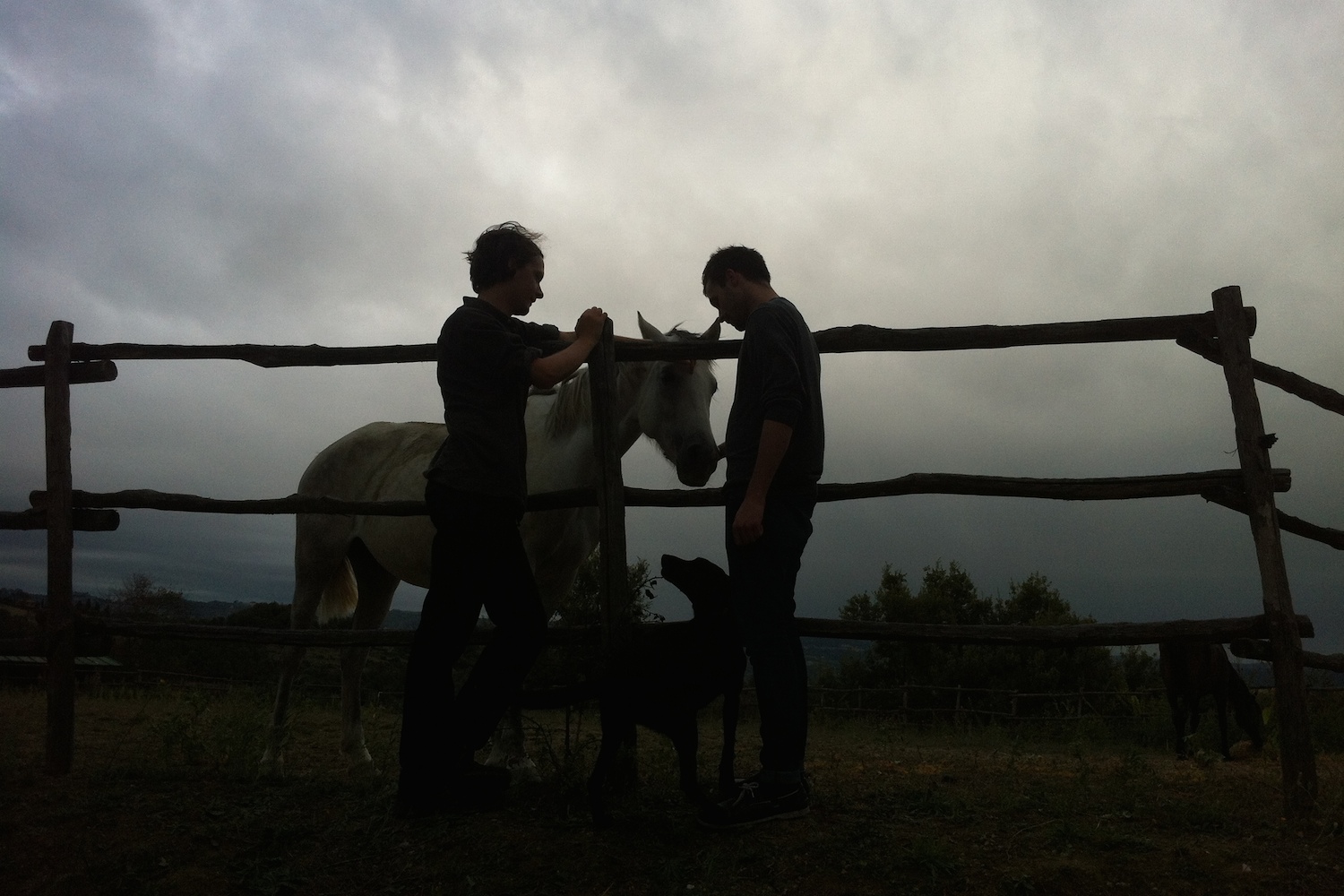 Fans of Liars’ freakier moments will feel right at home within the claustrophobic confines of “Dry Mouth,” the lead single from Vision Fortune’s Country Music (ATP Recordings, February 9th) LP. Driven by dagger-like synth lines and bony china bowl drum beats, it sounds like a seance and unfolds as follows in today’s self-titled premiere according to the band:

The video for “Dry Mouth” took us seven days to complete. It was inspired by the famous tracking shot of Al Pacino running through Grand Central Station in Carlito’s Way. Originally there was going to be a shootout sequence in direct homage to De Palma, but we went way over our budget and it ended up just being a shot of Austin’s nostrils instead.