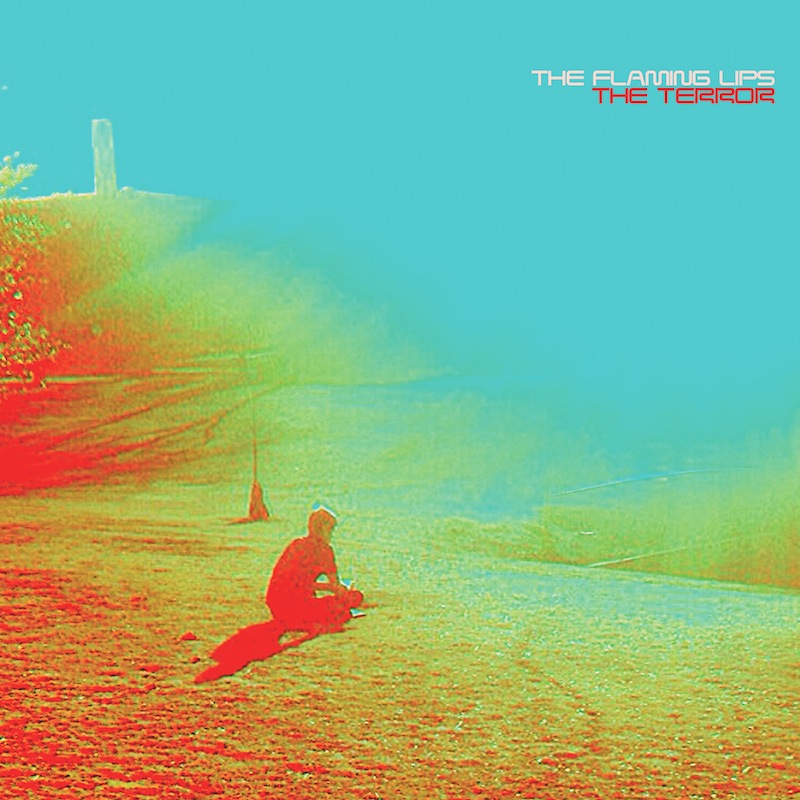 So before you get the wrong idea, that retina-scarring, epileptic mess of a video that The Flaming Lips premiered on Rolling Stone today has nothing to do with their upcoming album outside of being available as a bonus track on iTunes. According to multi-instrumentalist Steven Drodz, there’s absolutely nothing uplifting about The Terror.

“With every record we’ve done, there’s always these heavy, sad moments,” Drodz explained over the phone earlier this week. “But for every ‘[Waitin’ For a] Superman,’ there’s a ‘Spoonful Weighs a Ton’ or something. This’ll be the first one where there’s no contrasting happiness. It’s just a sad, sustained mood. Which I’m really glad about…This may be the only time where I didn’t want to change anything.”

“Why would we make this music that is The Terror–this bleak, disturbing record:?” frontman Wayne Coyne added in a press release. “I don’t really want to know the answer that I think is coming: that WE were hopeless, WE were disturbed and, I think, accepting that some things are hopeless.”

Watch this space for our extensive interview with Drodz in the coming weeks; in the meantime, here’s the song that the Flaming Lips somehow convinced Hyundai to fund for a Super Bowl spot next weekend, along with the cover art and complete tracklisting for the Terror…