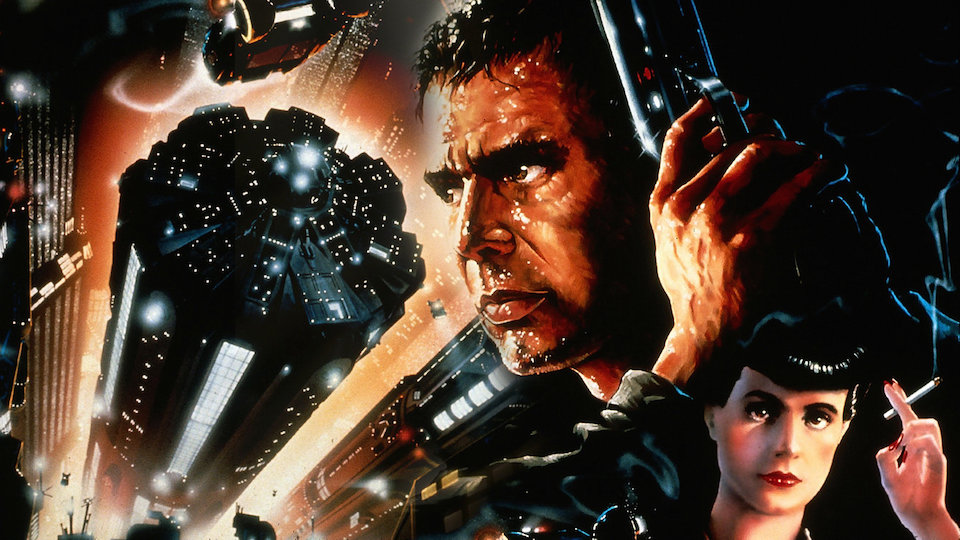 When you truly love a book, you become rabid for the words. You savor every comma, and begin to incorporate characters into your memory like old friends. And like an addict, you chase the world long after all the pages have been turned. You’d do anything to go back there… to relive the feeling of being alive in a different world.

Memory can do some heavy lifting to preserve all the fictional friends you’ve met and metaphorical places you’ve been, but at some point you crave more. For that, I’ve become quite ravenous for film adaptations. Usually, they’re a geologic risk, as nothing quite ever measures up to the fractal web of your own mind. But in some (rare) cases, film adaptations can perfectly synthesize a tangible visual counterpart to a story you’ve since only known through words. And that, my friends, is transcendence.

Alas, enter Philip K. Dick, an author who has had the pain and pleasure of his work being adapted countless times. He’s probably one of the most adapted writers in contemporary cinema. Not to mention, one of the most prolific writers of his time. His ideas, while under-appreciated during his life, still live on in the futurist hive mind.

Ah, dear Phil: the man who wrote countless letters to the FBI about his paranoia of being monitored. The man who even wrote his own quasi-religious exegesis while on an amphetamine bender. And most importantly, the man who wrote Blade Runner, Total Recall, and infected an entire genre of filmmaking with his ideas and prophetic stories. He is the man, and if you ask me, the FBI had good reason to keep an eye on him. He was onto something.

Over the years, scoured the sci-fi desert for drops of PKD film adaptations. He’s written about 44 novels and 121 short stories, so there’s still a lot of ground to cover, but quite a number of his most revered works have been adapted to the screen. And lucky for you, I’ve sat through them all, so you don’t have to (thank me later.)

First, let us begin with the best, and work our way down. Blade Runner (1982) is the obvious apex, based on PKD’s novel Do Androids Dream of Electric Sheep? It’s not terribly faithful to the writing, but Ridley Scott was on point in translating the world and gritty noir vibe to the big screen. I’m glad it’s the one that PKD got to see bits of before he passed away, because it certainly does his work justice. Though a critical flop at the time of release, it has since been lauded and is now considered a cult classic. It is one of the definitive science fiction films of the 20th century. And of course, a reboot is in talks. The second best adaptation is Total Recall (1990), which is based on his short story “We Can Remember That For You Wholesale.” Starring Arnold Schwarzenegger, it’s not without its, err, schmaltz. But it’s charming and makes an earnest effort, which is all it needs. (Don’t even get me started on the 2012 remake, though. Unredeemable.)

Next, it gets tougher, but I’d have to choose Minority Report (2002). I believe Minority Report’s critical acclaim is a little divisive, but I’ve got a soft spot for it. It came out a time when I was starting to formally discover sci-fi, and something about that movie felt really successful to me. I liked how it married the futuristic world with our contemporary, unglamorous version of the present world. It was a little dirty and weird and it introduced me to the infinite well of PKD. Steven Spielberg did a really good job keeping the spirit of PKD in tact, while still making it a Tom-Cruise-blockbuster. Not an easy task.

Richard Linklater’s adaptation of A Scanner Darkly (2006) was genius. Rotoscoping allowed him to pay respect to PKD’s surreal vision. The scramble suits were spot on, and you still got a really visceral interpretation of one of PKD’s most ambitious novels. I’m not sure how one would do this with live action, so I think Linklater made a smart move by going the animation route. It works. Now, we get to the frustrating ones. Paycheck (2003), which in theory should be good—it’s directed by John Woo, after all. But unfortunately, it’s a forgettable disaster. I was so frustrated at what a wasted opportunity this was. It didn’t feel anywhere close to PKD, or John Woo, really. Same with Next (2007) based on one of my favorite short stories, “The Golden Man”. The story of “The Golden Man” is so vivid and surreal on the page. All the beastly allure was lost in this movie, which is a double shame because it stars none other than the Nicolas Cage. The Adjustment Bureau (2011) was slightly easier to watch, but it didn’t go far enough into the story to feel like it was doing justice to PKD’s intentions. Screamers (1995) wasn’t bad, and it’s probably one of the better ones in this chunk of otherwise lost opportunities.

Recently there was an adaptation for the novel Radio Free Albemuth (2010). It’s probably the most frustrating of all the movies, because you can tell the movie was made by people who truly love and respect the work of PKD. However, the obvious low budget production shortcuts and compromised special effects made it hard to lose yourself in the captivating story. It’s one of the most personal and autobiographical novels that PKD has written, so it was cool to see him as a character in the film, but at the same time, it makes the story all the more vulnerable to bad acting. And uh, Alanis Morissette is in it. Which makes me wonder, is she a big PKD head? Because that would be awesome. Another very new adaptation was a TV pilot for Man In The High Castle (2014), produced by Amazon. It was made as part of a contest for a show that they would eventually greenlight, and it got overwhelming approval. The pilot was very promising, and with a proper budget and home that will allow freedom to honor the original work, it could turn out really well.

It is unbelievably satisfying to be a massive fan of an author and watch his work live on perpetually. Regardless of the quality or integrity of the film version, it’s still so fun to see someone else interpret something that you’ve been obsessed with, dying to see live outside your own head. Even if you read PKD’s entire bibliography, there will always be more to consume. People will never stop adapting his stories to film. There are too many fascinating ideas that have only scratched the surface in interpretation. He has created endless worlds, many so complex and interwoven that they become apart of a giant alternate universe. I can’t wait to one day see the worlds of Ubik, Three Stigmata of Palmer Eldritch, Clans of the Alphane Moon, and so many more translated visually. All you can do is hope that they’re done faithfully and with as much love and care as you have for them. Otherwise, your imagination is the next best television set.

Check out a complete archive of Zola Jesus’ film column here and her upcoming tour dates below, along with the B-side of her recently released “Hunger” single.