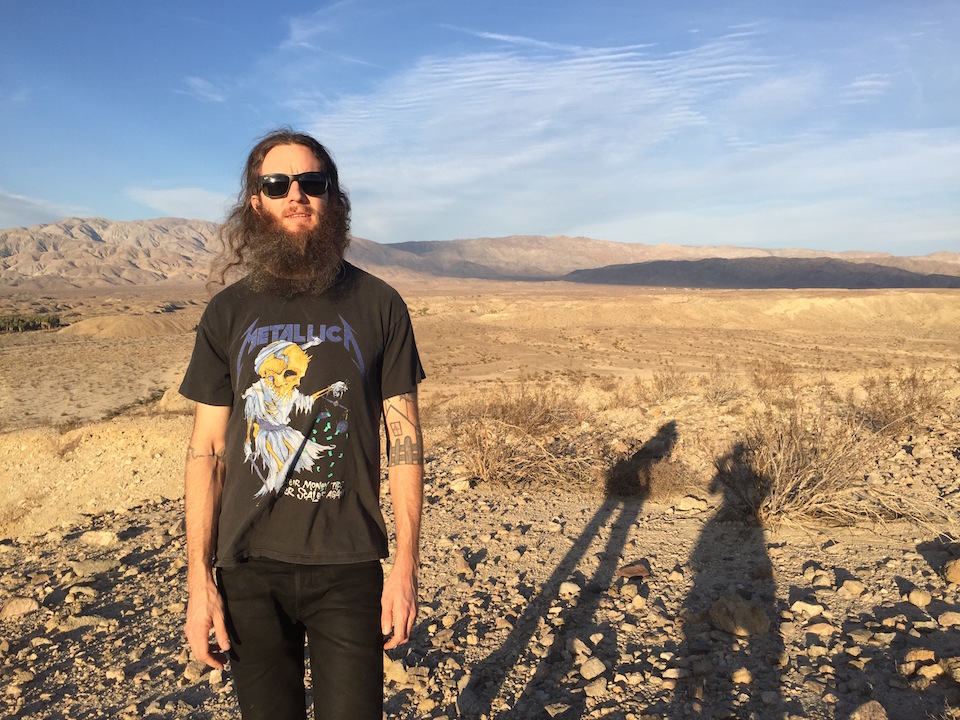 1. ENDON
Simply one of the best bands going at the moment. Their recordings are good and…. the live show is phenomenal. One of the only bands I’ve witnessed in recent years that are simultaneously frightening and inspiring. What happens when they all play together is truly magic—five individuals who cease to be separately functioning entities, and become one pulsing, radiant ball of furious and enrapturing light. Can’t wait for the upcoming SUMAC tour with them over here; I want to watch people’s faces change when they hit the switch.

2. JON MUELLER
Speaking of watching people’s faces change, Jon Mueller has to be one of the more engaging and/or off-putting solo performers I’ve had the pleasure of seeing live. While he generally starts off quietly enough that people might be able to listen/watch in a casual way, it quickly becomes apparent that this is the kind of thing you need to lean into or just get out of the way of. It’s not any sort of overtly abrasive quality that makes Jon’s performances confrontational. Just the raw, naked humanity of the experience—a guy alone, beating a single drum and speaking/singing in tongues, layering into oblivion. There’s no escape, little in the way of “entertainment value”; in fact, it feels more like a spiritual ingestion/expulsion than something merely musical.

3. GODFLESH
I never got to see Godflesh before the breakup in 2002. ISIS was supposed to support them on the ill-fated US tour that never came to be, and which turned out to be their demise…. at least until the resurrection a couple years back. Needless to say I was pretty excited when they started doing shows again, though I was hesitant to get too excited as reunions are often a dubious affair at best. In the end however, it was everything I’d hoped it would be—crushing, magnetic, bleak and well, Godflesh. After seeing the new material played live over the last couple years, it’s come to have as much or more impact as anything from the early catalog—a testament to sincere intentions rather than a desire to cash in on a withering institution.

4. LAWRENCE ENGLISH
Lawrence’s music occupies some of my favorite musical territory—that between beauty and terror, abstraction and structure. I was fortunate enough to see him play a few times this year and both performances were great—oscillating between serenity and cacophony, near silence and glorious walls of heavily textured sound. On record the nuances of his work can be absorbed, but the live experience proved to be much more visceral and ultimately more satisfying. The volume and physicality of his live sound transforms his work from a listening experience to elemental envelopment.

5. PINK VOID
Guitar-based noise is a widespread practice, fairly well dominated by po-faced dudes hunched motionless over tables of gear. Pink Void, the solo moniker of Crystal Perez, is a great antidote to that—physical, liberating, energized and brutal—and totally dispensing with the baggage of macho posturing. I had no idea what her music was about before seeing it live, and it was a great surprise. Though it was clear that guitar was the source from which her sounds emanated, the final result was an unruly and amorphous beast that swallowed the room. Hard to predict how this project might develop and that makes the prospect of future performances and recordings all the more appealing.

6. THE AUSTERITY PROGRAM
AP is a band that always seems to give every show their all; they don’t play a lot of em, but when they do they make it count. Justin [Foley] being a terrific frontman certainly helps as well since they’ve got no drummer to watch and there’s only two guys in the band. This year I saw them play in a small music shop in Syracuse. Not the kind of setting where you’d expect to see a guy running around, jumping off amps, spittle and sweat flying, delivering sermons to an audience that was abashed and enthralled in equal measure, but that’s exactly what happened and I was certainly grateful for the experience.

7. MAICAMIA
Nothing like discovering a great band right before they break up, which is what happened this past summer when I saw what I think was Maicamia’s second-to-last show. Another two-piece band that seemed to do more than most bands can do with four or five people. Emotion, subtlety, sincerity, beauty, patience and dissonance—all delivered in a concise and understated 30-minute set. With a streamlined approach to songwriting and a minimal sound palette, this combo deftly walked the edge between ambling melancholy improv and rock driven momentum. They have a small catalog of releases I can continue to enjoy; my only complaint here is discovering them a little too late! Here’s to hoping the members move onwards though other equally interesting outlets.

8. FULL OF HELL + MERZBOW
The FOH/Merzbow collab album was one of my favorites over the last year or so, and I was lucky enough to catch them together at a one-off show in Tokyo when I was on tour in Japan with Mamiffer. Individually both can be overwhelming; combined even more so. After running through individual sets—both engaging in their own right—the two teamed up for a truly wonderful and chaotic, uh, noise-fest. Stuff was flying through the air, feral screaming was barely peeking through walls of impenetrable static, phantom sounds were emanating from who knows where; it was an ecstatic, joyously destructive conclusion to great night of panoramic pummeling.

9. IRON LUNG
Lots of bands tell jokes on stage; few of them are funny. Lots of bands try to crush their audience into submission with “brutal” riffing and “punishing” rhythms; not many accomplish their goal. Iron Lung do both. And gloriously so. Each time I see them they get funnier—and the songs get meaner. Once again, the less-is-more approach to the band line up is in full effect here—two guys just all-out wrecking shit. Generally speaking I don’t think heavy music should be fun. Iron Lung is an exception to that rule, fun without taking away from the imposing musical aesthetics and delivery.

10. MARE
Oh Mare—what an amazing and frustrating band. They put out one of my all-time favorite EPs more than a decade ago, did some touring, worked on writing a full length and then…. nothing. For years there’ve been mutterings of new music, more shows, tours even—and little has come of all that. Finally here in 2015 however, Mare managed to draw themselves out into the world again and it was a sight to behold. All the disgusting beauty and triumphant majesty of their earlier days appeared fully intact, and with it, a new and somehow more twisted facet of their sound was revealed through the looser and more sardonic delivery of their songs. Who knows if they’ll get around to playing any more shows, or making good on that promise of new material, but at the very least it was great to hear and see these songs being played again—especially with such vigor and appropriately dramatic flair.

Aaron Turner is best known as the former frontman of ISIS. Which is unfortunate. Not because of the band’s name (even ABC reported on that one); because he’s as busy as he’s ever been these days, from the SIGE imprint Turner runs with his Mamiffer bandmate (Faith Coloccia) to the new band (Sumac) that’s bound to eclipse his old one in due time.

For now, here’s a nice overview of everything: