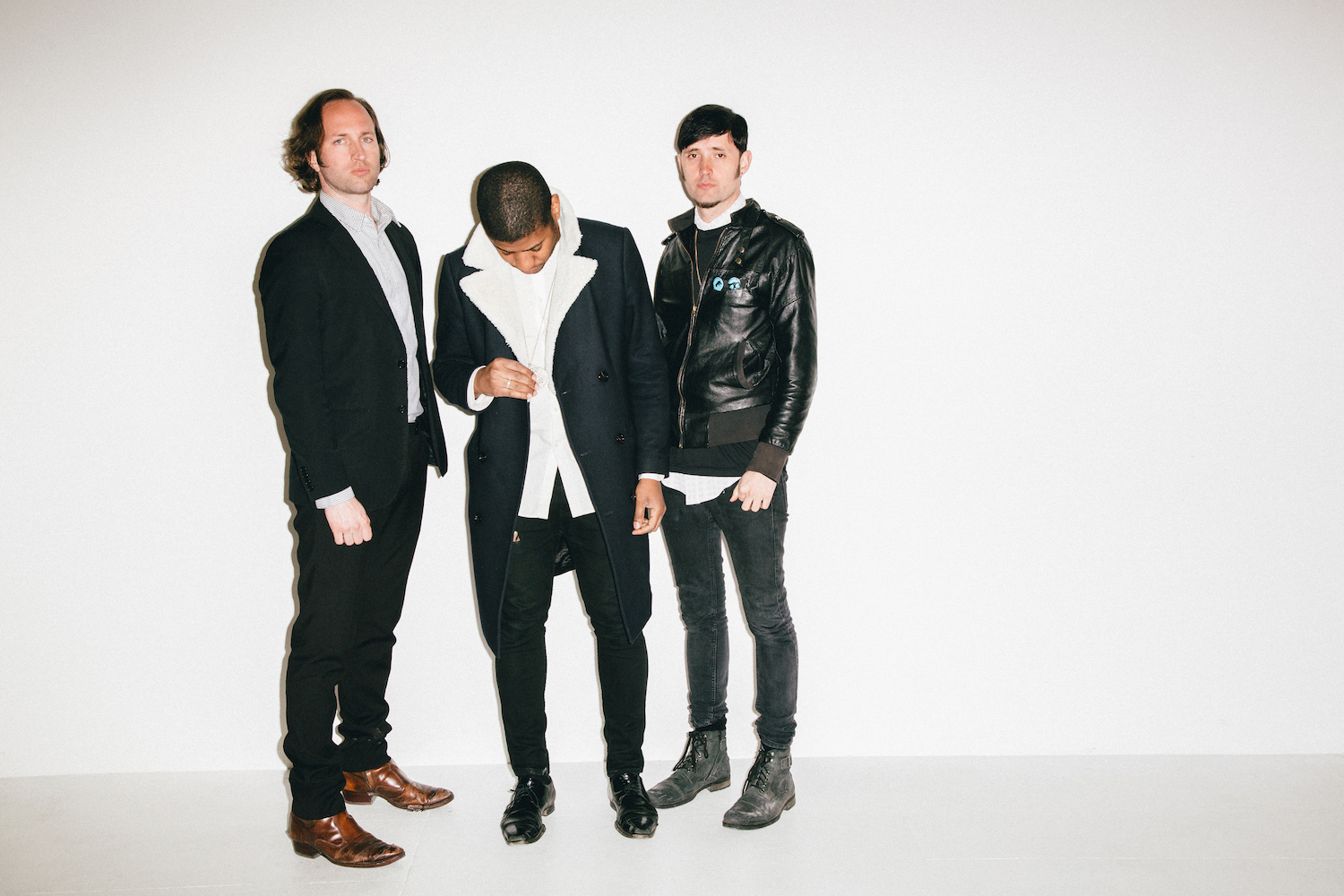 2. HAUNTOLOGY
Our debut record is a tattered photo album pumped through with the grainy, black and white imagery of death, recalling at once colonial oppression, gender violence, lost futures and the void of communication. And yet, we’re all completely genteel, socialized individuals. Before and during recording, however, [frontman] Franklin [James Fisher] poured over Southern Gothic tracts speaking truth to the underlying dread in the charnel house of contemporary American society, [guitarist] Lee [Tesche] disemboweled and “prepared” every musical instrument he could get his hands on, and [bassist] Ryan [Mahan] peered into the canon of horror films to twist their tropes of white fear and Machiavellian collapse to bear witness to the real horrors of the last 250 years: colonialism, war, slavery and dispossession.

3. THE FUTURE
If you just happen upon our work, you may think we are obsessively backward looking. Historical references to dead movements in art, film, politics and literature abound. Yet we are equally fascinated by representations of the future: Constructivist art, dystopian literature, and revolutionary politics, to name a few. The sprawling futuro-Brutalist monuments in Bulgaria and former Yugoslavia, built like Impressionistic castle turrets claiming the countryside for the communists, were obvious inspirations for the “Irony. Utility. Pretext.” video, as were Afro-futurist hip hop, Tarkovsky’s sci-fi masterpiece Stalker and Mark Fisher’s concept of the “slow cancellation of the future”.

4. TOM MORRIS
Everyone should record their albums with Tom Morris. He is not only the most talented engineer/producer/musician we have ever encountered, but he’s also one of the kindest, gentlest and most intelligent people we have met in music. Holed up in our recording bunker at 4AD studios, he entertained our interminable pseudo-philosophical babblings, wormed his way through a stack of books we recommended, and mediated occasional bouts of internecine conflict. The man is a physically slight, socially awkward force of nature, and through some twist of luck, we are still fortunate enough to call him friend and comrade.

5. DIY AND NOT DIY
In keeping with the American punk rock tradition, we have tried to remain faithful to the DIY ethos, creating most everything ourselves: music, videos, website, publicity, and more. This could easily be misconstrued as a cynical offshoot of neoliberal, self-help entrepreneurialism. However, we like to think of it as a fleeting attempt to wrest control of our work from the brutal logic of advertising. Of course, we can no longer fully claim to be torchbearers of this tradition. Before the deal with Matador, we had never been in the same room together as Algiers. You can hear the resultant catharsis on our debut. We also owe a great debt to Natalie Judge at Matador, who not only sang on “Black Eunuch,” but also acted as a surrogate manager for us three hapless drifters.

Not sure what to make of Algiers’ manic gospel music? Take notes over at their Tumblr page and grab their self-titled debut here.