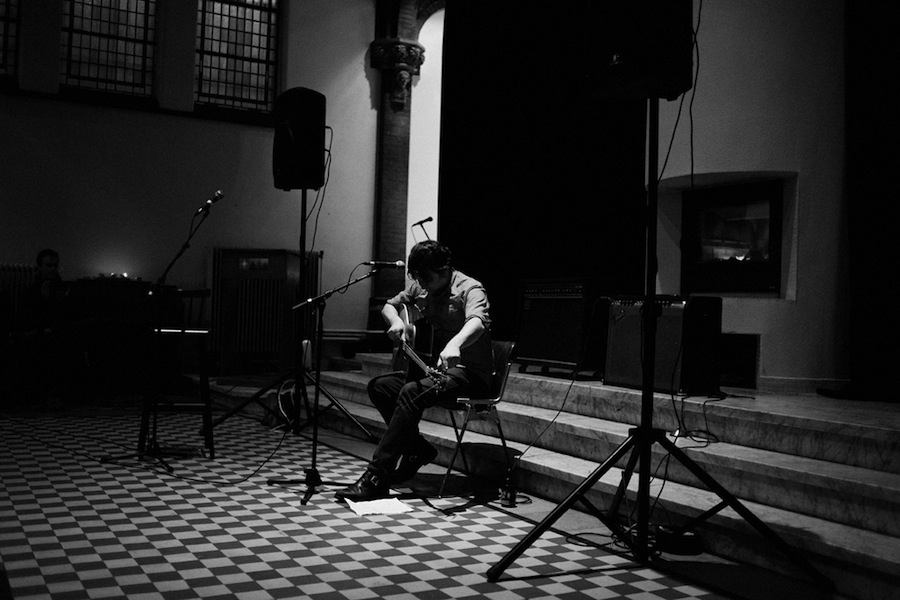 Ben Chasny has announced a new Six Organs of Admittance album featuring some of his former Comets on Fire bandmates. Due out August 21st through Drag City, Ascent was tracked at Tim Green’s Louder Studios and features the following, according to a press release:

No, these aren’t those dusty old 2002 moments with the dust blown off. We live today, and so does Six Organs of Admittance! To manipulate the past would change the world forever. Instead, the time line for Ascent occurs on our identical Earth, on the other side of the sun, telescoping the strength and power of that moment in 2002 and it’s electri-Six-O after-affects by viewing it through the mind’s opera-glass, in the present. From the opening red storm of “Waswasa” to the sentinel strength of “Even If You Knew” and the sensual lilt of “Visions (From Io),” the sound of this Six Organs is that of full-tilt rock band. The fun and fury of electric Six Organs of Admittance is evidenced in every molten groove.

Grab “Waswasa” below, alongside a complete tracklisting…