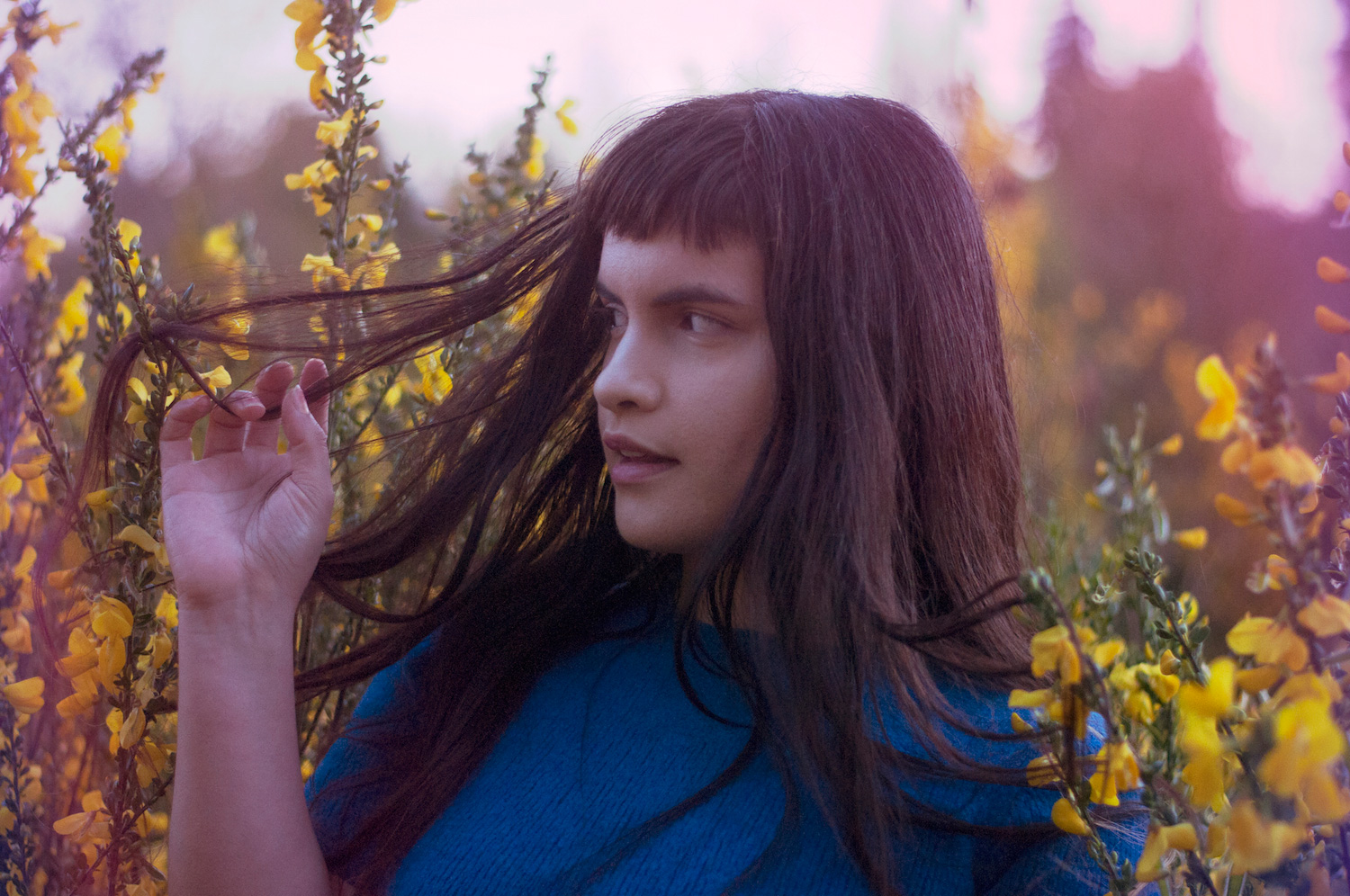 1. Basil Gimlet at Slippbarinn (Reykjavik, Iceland)
One night after an intense mixing session in the studio, my producer Alex [Somers] and his friends and I went out to get drinks! It was the birthday of a very sweet woman who plays in Sigur Rós’s touring band and it was fun to celebrate with her. Slippbarinn is known for its amazing cocktails and I decided to try Alex’s favorite first, the Basil Gimlet—a gin gimlet speckled with cracked black pepper topped with a single leaf of basil. The black pepper really brought my attention to the flavor of the basil in an amazing way, and you can never go wrong with gin and lime…. So good!

2. So Much More Than a Toy at Bramble and Hare (Boulder, CO)
While in Boulder working on a music video, the director Christin [Turner] and her friends and I had just wrapped up a long day of shooting and decided to get a late night snack and a drink to relax! We had tried to go to the Bramble and Hare the night before but they were closed for an employee appreciation dinner. I’m so glad we made a second attempt to go; it was such a cozy intimate bar with really nice vibes. What started out with just the idea of having one drink definitely turned into three. And luckily the third drink I had was the So Much More Than a Toym which was comprised of beet juice, rose water, lemon, and vodka. Since I tried it, I’ve probably annoyed everyone I know talking about how good it was…. It was that good. I didn’t quite understand what its name was referencing, but my guess was that it was music related, as some of their others were.

3. Taxi Driver at QB Bar (Olympia, WA)
More people in Olympia appreciate kombucha then anywhere else I’ve ever been/lived. I’m a big fan of kombucha and other sorts of specialty drinks, and it was fun the first time years ago when I tried it mixed in a cocktail. Olympia is known for its locally famous “Magic Kombucha,” so in a town that adores it, why not explore all its potential?! The bar at Quality Burrito (also still one of my favorite restaurants in Oly) has a whole small menu of kombucha cocktails to choose from. I swear they used to have a dark and stormy cocktail made with kombucha, but really, all of them are so good. Such as the Taxi Driver—tequila, ginger, blood orange juice, and kombucha over ice!

4. Macadamia Nut Chi Chi at Kona Club (Oakland, CA)
While visiting some of my best friends in Oakland over New Years, we went to visit a big cemetery called Mountain View, as well as the mausoleum Chapel of the Chimes to take in the beauty and peacefulness of the architecture and surroundings. Upon leaving we went just down the street to the Kona Club, which was one of the first tiki bars I’d ever been to. The drink to get here is clearly the Chi Chi, A smooth blend of vodka and macadamia nut liqueur, fresh cream, coconut cream, and pineapple. If you aren’t a fan of cold slushie drinks you might not like it, but I was so into it! One of those dangerous drinks that doesn’t taste alcoholic, and served with a little umbrella and a piece of pineapple! Although I drank it in winter, I know I really need to go back and try it again on a hot summer day.

5. Moscow Mule at Montana Bar (Seattle, WA)
Sometimes you just want to get the house drink at a bar because it really is that good; for example, the Moscow Mule at Montana Bar in Seattle, a cocktail on tap (!!!) made with Rachel’s Ginger Beer (the same person who owns this bar), vodka, and lime. I think having a cocktail on tap is brilliant, but there is also a separate store by Pike Place Market owned by Rachel’s Ginger Beer and you can order mixed drinks there trying the different flavors of RGB available. I highly recommend trying them all! The rhubarb one—oh my goodness!

Another example of a really great house drink is at the Bye and Bye in Portland. The drink I always get there is the drink named after the bar…. I can’t say no to a big mason jar of anything really, but the peach vodka, bourbon, lemon, cranberry juice, and soda combination is so delicious. Is it just the taste, though, or the fact that it is so big? It’s hard to say.

Briana Marela’s debut album, ‘All Around Us’, is now available through Jagjaguwar. Sample another one of its singles below, right alongside the rest of the singer’s tour dates with Jenny Hval.