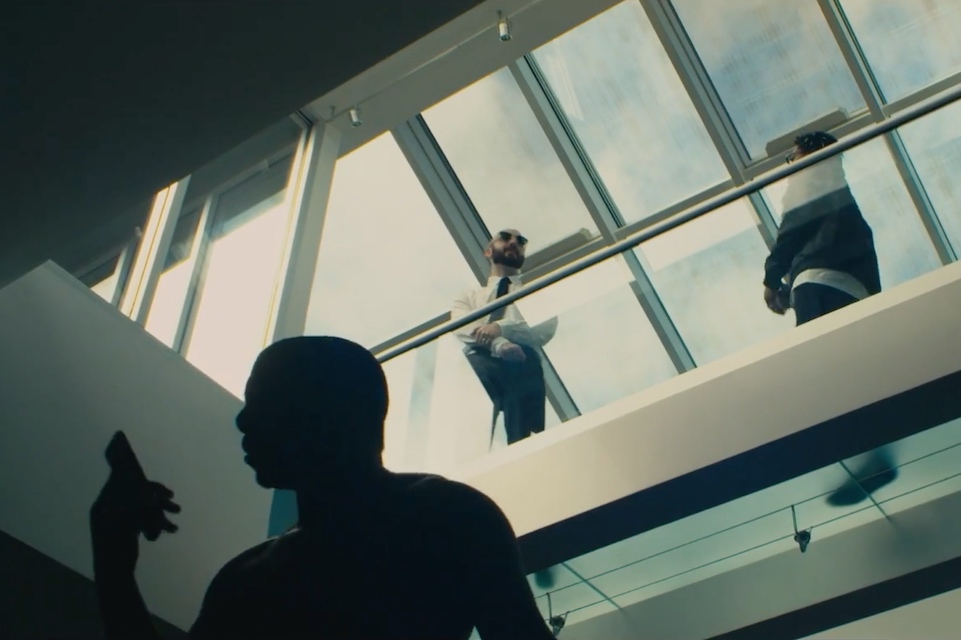 “I do a little bit of all of it,” Clams Casino says in a new Pitchfork interview about his looming debut album 32 Levels (Columbia, July 15th). “I don’t really fit in right in the hip-hop world; I don’t fit in in the electronic world…. I just feel like the more I go further and the more music I keep making, I just go further and further down my own lane. It’s hard to really say.”

One early indication of where Clams is headed is his choice of lead-off singles from the LP; while “Blast” is a weightless instrumental—dripping with skittish drums and melancholic melodies—”Witness” is a vapor-trailed starring vehicle for recurring collaborator Lil B.

“That was the first time that I ever properly met him,” Clams said of the song’s recording sessions. “Somebody asked me, ‘How was it working with Lil B in person for the first time?’ And I said, the way I described it was ‘supernatural.’ And I meant ‘natural,’ like very natural, like super natural. But I was like, wait, it was also supernatural. It was both of those. It was completely natural, we just picked up and started writing, we wrote about four songs in three days. But it was super natural and supernatural.”

Watch both videos below, as directed by Strangeloop and Lil B himself: