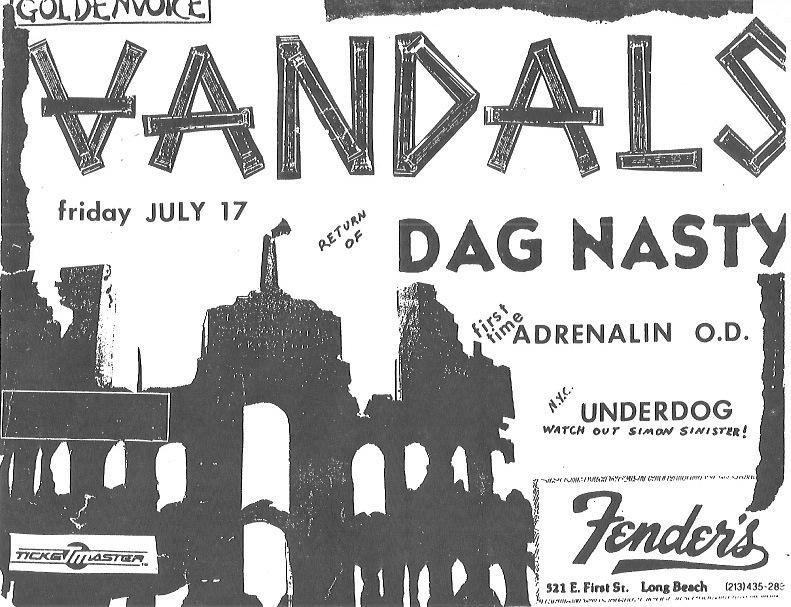 As mildly amusing–in a sub-prime Wes Anderson sort of way–as Tom Sachs’ mission to Mars installation was as the Park Avenue Armory this summer, our favorite part had nothing to do with the art itself; it had to do with the fact that Dag Nasty’s Can I Say LP was blasting over the cavernous space’s loud speaker. In case you’re unfamiliar, the 1986 album ranks right next to Rite of Spring’s self-titled debut as one of emo’s undisputed first-wave classics. Not to mention a shining example of Dischord’s golden age, which will soon be celebrated in Scott Crawford’s Salad Days documentary. The film reached its Kickstarter goal so fast that they just added a new reward: the December 28th reunion of Dag Nasty’s original lineup–featuring members of All, Down by Law, Minor Threat, Govermnent Issue, etc.–at D.C.’s iconic Black Cat venue. Here are the details, via that Kickstarter page:

HELP US REACH OUR NEW STRETCH GOAL OF $42K!

Thank you so much for the support you’ve given “Salad Days” and for helping reach our initial goal. However, we’ve set a new goal now with the time remaining. We’ve also added a new reward!

On December 28, at the Black Cat in Washington, DC we’ll be hosting an event to end all events! DC punk legends Dag Nasty (original line-up), Government Issue, Black Market Baby and Kingface will all play together to celebrate the filming of “Salad Days.” See below for a limited set of tickets!

Remember, every dollar that is pledged beyond this point will go towards making “Salad Days” the best possible film it can be–it’s a subject we’re passionate about and we know you are, too!