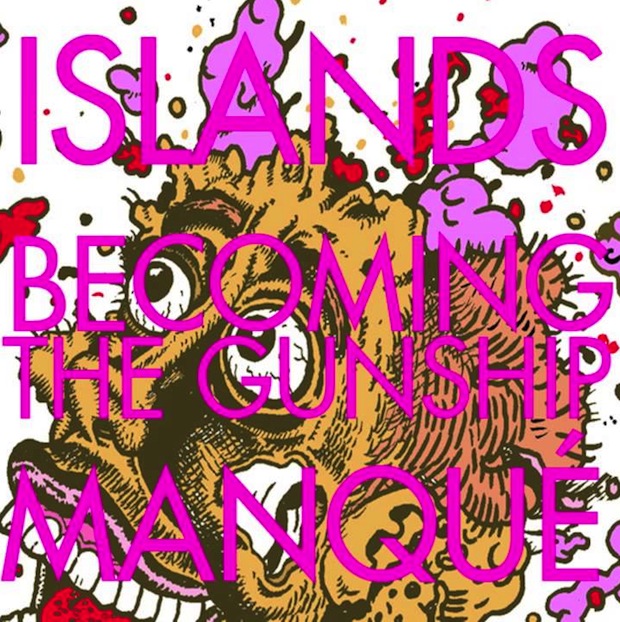 Could it be; could Islands finally be in top form once again, chasing the promising indie pop songs of their last LP (Vapours) with Nick Thornburn’s finest set of songs since Return to the Sea? The first couple singles from Ski Mask certainly seem to suggest that much, from the previously shared “Wave Forms” to the downright triumphant “Becoming the Gunship,” a cut with a chorus that’s so killer we’ve had it on repeat for the past 15 minutes.

Too bad the track’s about death; as Thornburn told Spin, “The album plays on the nature of identity, death, and violence. Thematically, death is a mainstay for me. Usually though, it’s an inward-facing creative well I draw from. This album explores my more external thoughts about death and destruction and how I can influence my immediate world in both a positive and negative light. Instead of the passive vessel who experiences death, I acknowledge that I might have a more active hand in the overall process.”