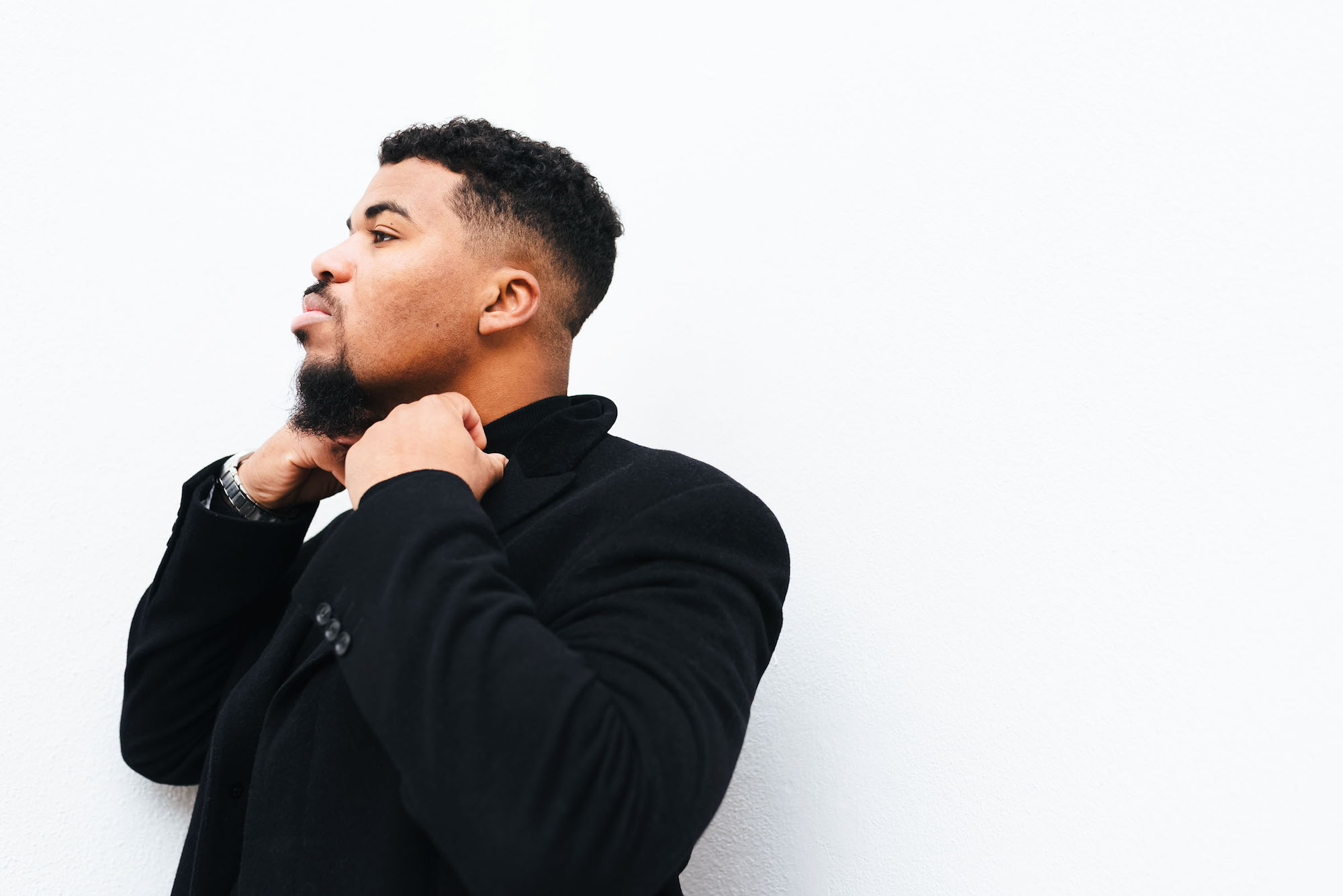 To give you an idea of just how unconventional Mr. Mitch is within the rarified realm of underground grime, one of his recent edits brought Eiffel 65’s “Blue (Da Ba Dee)” single back from the dead. While the original could be easily construed as a slightly more sophisticated “Crazy Frog” ripoff, Mr. Mitch’s hot take gets straight to the heart of the matter—dude’s blue, da ba dee, da ba die, with nary an antidepressant in sight.

It should come as no surprise, then, that most of Mr. Mitch’s electronic music is decidedly emo. That’s kind of his thing, from the London producer’s pacifist strikes against grime’s “War Dubs” movement to a recent collaborative record with Yamaneko rightfully dubbed Yaroze Dream Suite. This spring’s Devotion LP is Mr. Mitch’s second official studio album for Planet Mu, building upon the strictly instrumental foundation of 2014’s Parallel Memories LP with a small roster of special guests and Mr. Mitch’s sparse vocal melodies.

The result is a welcome move towards making futuristic pop songs, with shadow-boxed shades of soul, R&B, and weightless grime beats. And while the album’s title and stark all-white-everything sleeve may seem like it’s for a religious awakening record, the main theme on Devotion is fatherhood.

“We all know the stereotype of the black dad with multiple children from multiple partners who is absent from the child’s life,” the Gobstopper founder explained in a press release. “We see it consistently in popular culture. I want to champion the alternative, which to me is just normal.”

To make that stance abundantly clear, Mr. Mitch sampled his two kids and brought in such outside perspectives as P Money. The South London MC stars in “Priority,” a brutally honest breakdown of how everything changed once his kid was born. “I remember when he first came out,” the OGz co-founder raps over a solemn keyboard. “The struggles got easy; hard work paid off and it’s all plain now.”

Meanwhile, Denai Moore and Palmistry deal with the opening and closing chapters of their own serious relationships. Answers do not come easily, but the hooks sure as hell do.

In the following exclusive, Mr. Mitch shares a special mix on the eve of his first U.S. tour, as well as his thoughts on a few questions we sent over email….

Where is your head at stylistically at the moment? Did using your own voice and several guest singers/MCs on Devout make you feel like moving into even more of a left-field pop direction next?
It’s hard to tell where my head is exactly at the moment; I haven’t really attempted to sit down to make much music since I finished the album. I’ve learnt that when I go into the studio with a preconceived idea of what I want to do that it rarely turns out as I hoped. So my plan is just to see what comes out of future sessions.

Do you feel like you’ll have another round of peace edits in you soon? That recent Eiffel 65 one was certainly rad!
Thank you. I definitely want to do more. I can only make them when inspiration hits. I had the idea buzzing round in my head for the Eiffel 65 one for a few while. Actually, peace edits are the only things I make that come out the way I imagine them to.

Does it feel like the grime scene has mellowed out a little since you came up with that concept? Or is it as scrappy and competitive as ever?
I think competitiveness will always be a part of it. DJ Tiatsim runs BeatBoss, a live producer battle that seems to be growing, and Red Bull have jumped on the idea with their Riddim Rally competitions. I used to run a website called beatfighter, which was a monthly producer clash myself; I think it’s healthy. It’s just that the style of beat that is normally required for these kind of clashes is not for me.

How has your live show evolved over the past year; what can folks expect from your U.S. run?
I just like pushing the way I use the CDJ—trying to use it more as an instrument creating new music live, and putting it in a new context. At the same time I want to push UK music, and music of our culture, in my DJ sets.

What’s one record you’ve obsessed over lately that’d surprise people?
Burial, Untrue. This album isn’t surprising because I guess people would have expected me to hear it, but I think the thing that would surprise people is that I only listened to it for the first time less than six months ago. I heard a few tracks from it the first time around but it didn’t make sense to me then.

You’ve talked a lot about how fatherhood has influenced your music. What are some other non-musical things—books, films, experiences, etc.—that have impacted your creative process as of late?
It’s hard to think of non-musical influences when my life is pretty exclusively music and family. That being said, my day job during the album writing process I think would have been my biggest influence away from my family. Working as a curator for Rinse FM I listened to so much music from across the board daily, a lot of that would have seeped in.

Going back to the fatherhood thing, what’s some advice you’d give to a younger parent like yourself who’s looking for a way of balancing their own creative endeavors with the very heavy responsibilities of being a dad?
Just fit your passion in wherever you can. You’re responsibilities as a dad come first of course but I think you can’t fulfill your job as a father in the best way if you’re aren’t completely happy in yourself. Have patience; you will watch people reach certain levels faster than you due to their ability to devote more time to their craft but just crack on. It will happen eventually.

What’s one thing you learned from your own parents that you’re applying to the way you’re raising your kids?
If they have an interest in something, find the means to nurture it.

How about a mistake they made that you’re trying not to repeat?
Nothing major stands out; I had it pretty easy, to be honest. How would you describe the personalities of your kids? Are they quite similar? Complete opposites? Somewhere in-between?
It’s hard to tell properly because Oscar’s not quite 1 yet, but it seems like they’re going to be quite different. Oscar is a lot louder than Milo ever was, and also a lot more stubborn. Milo didn’t even cry for the first two weeks of his life; he just used to make this little noise when he wanted something. Time will tell how it will all pan out.

What’s something about being a parent that’s surprised you—something you wish someone had told you beforehand?
Life doesn’t stop.

Are there any songs or albums that you regularly play for your kids to get them to chill or wild out?
There’s a playlist on my Spotify called “Oscar” and it just has one song in it: “Uoon II” by Ryuichi Sakamoto. It was added to that playlist on the 18th May last year so Oscar would have only have been 3-days-old; I played this song in the afternoon and myself Oscar and my partner all fell asleep to it on loop. It was quite beautiful.

Milo loves “Raptor” by Rustie and also enjoys the first Bloc Party album, but he’s really into Lady Leshurr at the moment, her lyrics are perfect for his level of humour. Some mornings I play Sakamoto or Duval Timothy during breakfast, he enjoys them both.

Finally, can you tell us a little bit about the mix we’re premiering?
It’s the result of me being on the decks for a few hours, just having fun. Trying out some things and playing some music that I love.