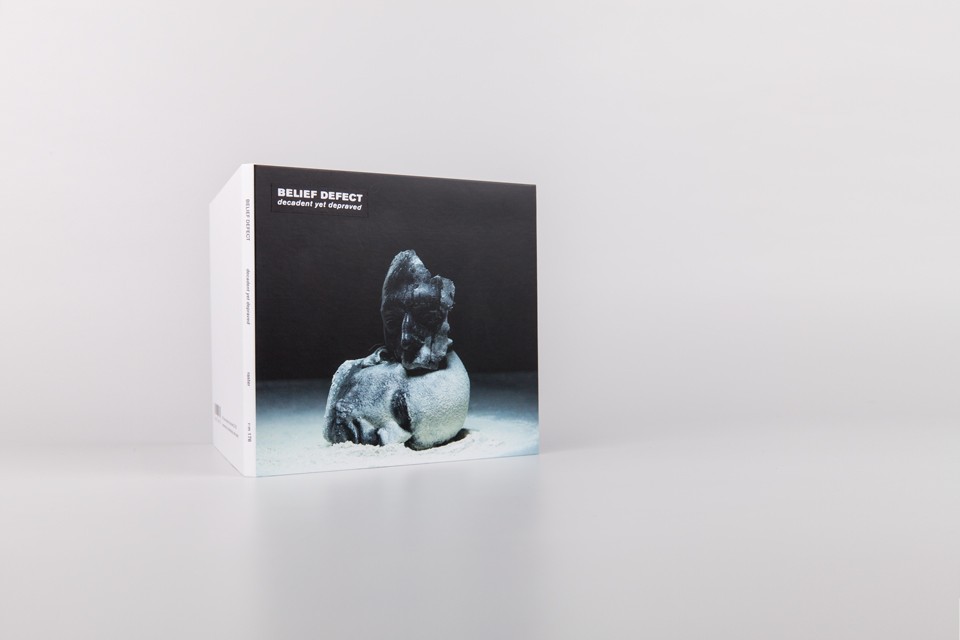 There has always been a pleasure in re-purposing found sound—specifically vocal samples—and using them in them in a disjointed context in the hopes that listeners do a double take.

This exercise is clearly linked to the first time a preacher ranting over synths and drums is heard over loud speakers or you recognize horror film dialogue someone lifted in one of the countless records from the ’80s onward.

Its efficiency is undeniable: that angry voice warning us sinners, fighting to be heard through the noise and beats is simultaneously a parody, a social critique, and inside joke.

The following is the backstory of some of the samples scattered through out our Decadent yet Depraved album and what their relevance is, if any….

As luck or probability might have it, a friend downloaded a recording of Aleister Crowley performing a Thelemic ritual to the studio computer as part of a year long conversation we’v been having about disturbing recordings, mostly found on YouTube.

Sadly, In the case of Crowley, if unaware of the recording´s origin and protagonist, it is likely to be dismissed as a weak attempt at an occult ceremony performed by a reluctant leader chanting giberish made up on spot in a honky nasal voice.

Months later it proved handy when trying out an FFT processor and how far it could bend audio but Crowleys chanting still had to be pitched down and reversed to at least meet the standards of all respectable “demonic hidden message” to be warned about.

This became the singing on “Unnatural Instinct”.

The Conduit’s moans and gasps are also the consequence of said exchange, and an interesting listen in its original form. There are a few versions of the recording’s origin story—all of them third hand at best and all of them irrelevant—but the one shared here is the reason people search for the others.

The WKCR hijacking happened in 95 when their broadcast was interrupted by an outside signal with screeching voices that could easily pass as an emergency siren, followed by heavy breathing and moaning, culmminating with two voices in unison reciting obituaries including Robert Oppenheimer’s, to then cut off to the disc jockey talking, unaware of what happened on air.

Also making a cameo on “The Conduit” is more unintelligible noise taken from the CIA’s “Wondering Soul” program. It was utilized during the Vietnam War, when U.S. helicopters equipped with loudspeakers flew over the jungle at night playing sound effects and voices claiming to be the dead family members of the People’s Army, telling them to surrender. No Future’s samples came out of fooling around with a watered-down Buddhist motivational speaker, persuading his listeners to “live in the now”. The instructions were rearranged into the opposite approach to the same message in an attempt at levity. The monotone robotic delivery of the voice though was preserved in its original form.

Worth mentioning is the actual blood, sweat, singing, and writing documented in this record—where drunk intonations felt like the logical conclusion to a night long’s failed attempts to develop a sketch beyond its short lived potential. Or that anger, nurtured since puberty, when you realized everyone might be mistaken about everything, is finally pitch-shifted and compressed for maximum relief.

With some luck and the preemptive FX processing done, we feel confident the odds of being misinterpreted into deeper conclusions than intended are highly in our favor.