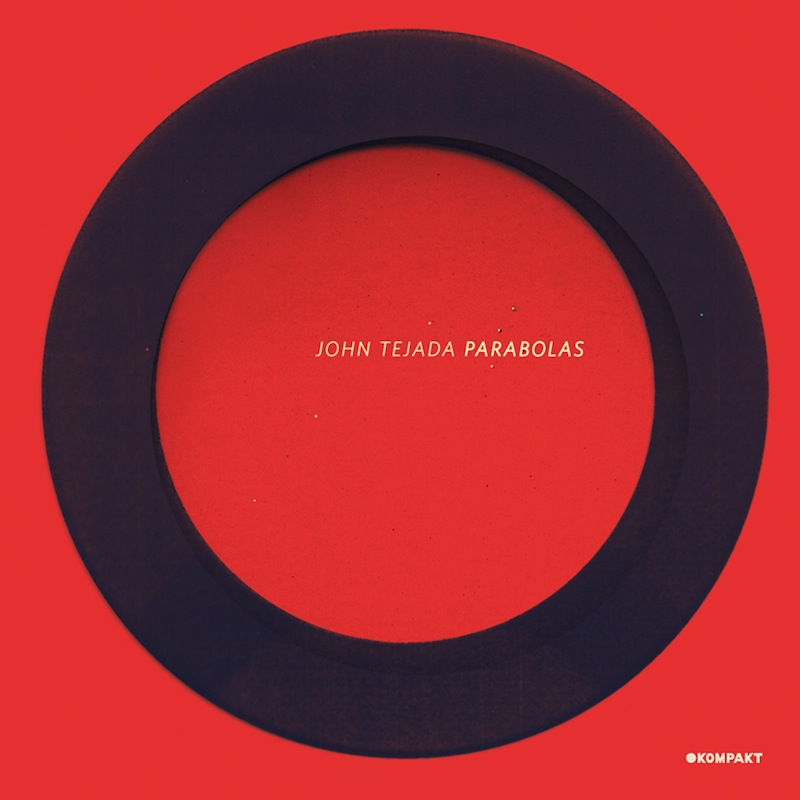 Aside from the night where his L.A. apartment was robbed–the night he’d returned from a long trip with a laptop full of ideas, naturally–the making of John Tejada‘s Kompakt debut was basically his Obama moment, a record driven by hopeful hooks and broader brush strokes than your typical techno LP. In the following exclusive, the shape-shifting producer/classically trained multi-instrumentalist (see: his I’m Not a Gun side project and wide-ranging solo releases on such labels as Tigersushi, Poker Flat, ~scape and Plug Research) breaks down the glassy peaks and vaporous valleys of Parabolas…

1. Farther and Fainter
In my mind, this track was always going to start the album off. Actually, the first four songs were always going to be in that order, and it worked out that way ’til the end.

2. The Dream
This song actually came from a dream which had never happened to me before. I wish it did more often. I was in the middle of a dream with an interesting soundtrack. When I woke up, I realized the soundtrack was my idea. At the breakfast table (as I was traveling at the time), I put the main idea into my laptop so I would remember it. To make a long story short, I returned to L.A. and my house was robbed that evening, with the laptop, my song idea and many other things gone. Remembering the song was not a priority anymore as you can imagine, but somehow four months later, I still had the idea with all the subtle elements in my mind. So I finally decided I had to recreate the song. It almost came out the same way. There was a strange swing to the notes coming full circle I couldn’t get right.

4. Subdivided
Probably the track I’m the most proud of on the album. Again, wanting to explore longer phrases to create something a bit more musical. I also wanted to return to some of my earlier work; having different rhythms and moods over the course of the whole album.

5. Timeless Space
Probably my favorite track to listen to on the album. The 808 has a really vintage early ’80s feel that I was quite pleased with after spending some time on that. There is also a very hopeful theme which I think continues through the whole album.

6. A Flexible Plan
The main theme of this is a synth patch that sounds like the chords are changing when it’s actually the harmonics of the resonance, sweeping up and down and giving it an interesting melodic effect.

7. The Mess and the Magic
Again exploring rhythms that are more fun and playful, and continuing that hopeful theme; having lots of fun with wavetable oscillators, which I really love the sound of these days. The synthesizer technologies morphing terrarium and new WMD module are used tons on this album.

8. The Honest Man
The second piece of the album that is beat-less and ambient. It was important to have a bigger variety of sounds on the album, including beat-less pieces.

9. The Living Night
This one started for me as more of a standard playing the piano idea instead of tinkering about. I created this sort of breathing polyphonic patch on my Nord G2 modular, which sadly doesn’t get as much use anymore, so it was nice to have it come in handy.

10. Unstable Condition
This track is my favorite to play out. The big chords are the Studio Electronics CODE synth, which I love. I guess it’s on this track that some of my earliest influences are most apparent. It has powerful elements while still being playful and was lots of fun to make.

11. Hollow Hemispheres
Lots of wavetables here again. I just love that sound. This, for me, is the deepest piece on the record. Subtle polyrhythms and all the elements evolve slowly ’til everything returns back to where it started. Sort of like a parabola curve!

12. Uncertain End
Did I mention I like wavetables? Well, there are more of them here, evolving slightly throughout the piece.