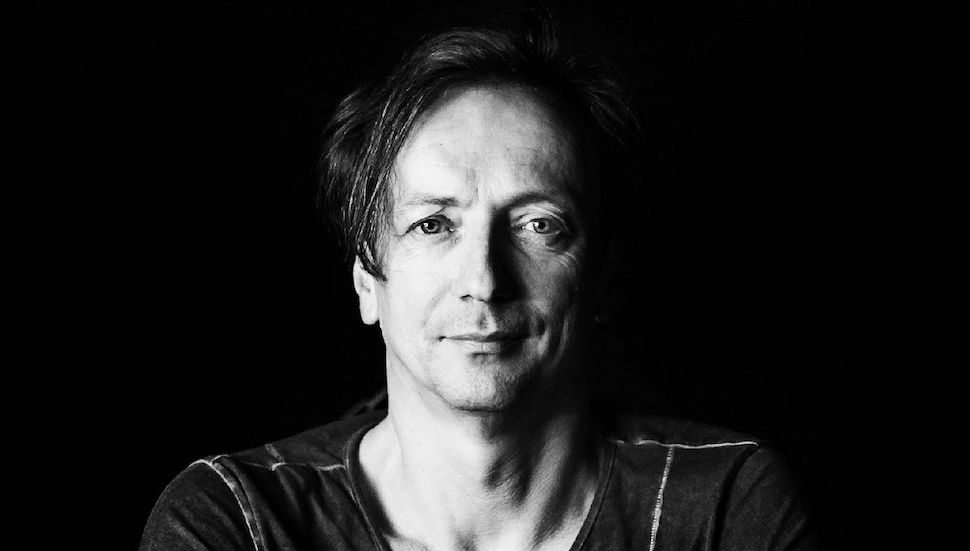 While elements of house and techno have crept into Volker Bertelmann’s work as Hauschka before, very few of his fans realize the post-classical composer got his start in the German hip-hop duo God’s Favorite Dog. Listen closely to What If—Hauschka’s eighth album—and you’ll hear echoes of, well, everything—decades of divergent ideas colliding in one dizzying listen.

“I was always attracted by hip hop, deep rhythms and weird sci-fi electronica,” Berletmann explains. “What If is a result of both that and the hundreds of concerts I’ve played, where I developed a way of mixing all these elements together.”

To put it all in perspective, we’ve dropped most of pianist/producer’s discography in the post below. But before we get to that, Hauschka was nice enough to share five of his favorite rap songs from the ’90s era that gave birth to God’s Favorite Dog in the first place. If Biggie and Dre aren’t your thing, you could always explore the underground vet’s other side through the “5 Bad-Ass Pianists” round-up he wrote here.

1. CYPRESS HILL, “INSANE IN THE BRAIN”
I think this has great energy. Whenever it played in the club, people would just start jumping around. These guys have insane voices, and I love that sample that sounds like a weird siren.

2. HOUSE OF PAIN, “JUMP AROUND”
This track has the same energy as “Insane in the Brain” and the weird siren sample that I love. Whenever we mentioned this song in my band, we shouted for the people to jump, jump, jump around!

3. ARRESTED DEVELOPMENT, “TENNESSEE”
I’ve seen Arrested Development a couple of times and I love their positive energy. There’s an R&B vibe in their music that I really appreciate and the mixture between the vocals and the rapping on this track is great.

4. THE NOTORIOUS B.I.G., “JUICY”
This song is the epitome of cool. It has a really pumping, funky beat. I first heard it when I was studying in Cologne and you couldn’t stop me from dancing whenever it came on.