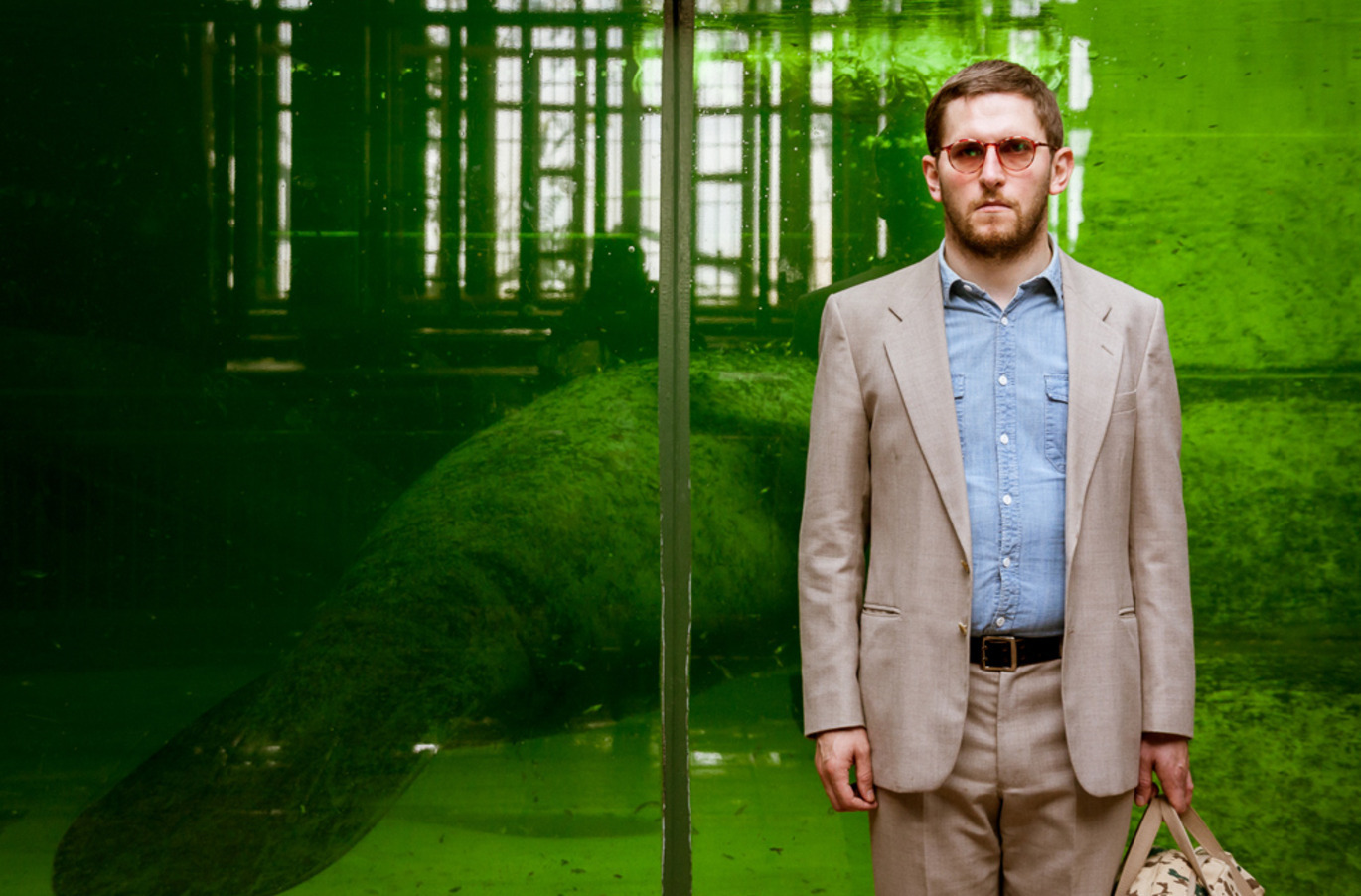 A biting sense of humor has always lurked beneath the surface of Steven Warwick’s work as Heatsick, whether it’s brought out by his brightly lit sample banks or his truly unique takes on what constitutes a good time. (According to a Guardian feature, butter-slicked coffee, homemade lighting and Hula Hoops have all played a part in Heatsick performances.)

What some people don’t realize is that Warwick also dabbles in Berlin’s art scene, the latest project of which is a newsprint zine that borrows some of its imagery from The Numskulls, a comic strip that’s appeared in a couple UK weeklies (The Beano, The Dandy). According to Warwick’s publisher, Motto Books, Interiors is meant as “a visual aid to his recent LP Re-Engineering. Comic strips are repurposed, growth speculations and flows are altered and reoriented. Lifestyle signifiers are emptied and given laser treatment. Includes an anonymous fan review of the Déviation EP written on Ketamine.”

Check out a couple spreads from the publication below along with a couple Déviation clips, and if you’re in Berlin tomorrow, be sure to check out its release party at Motto Berlin.