How I Learned To Stop Worrying & Embrace Lucifer 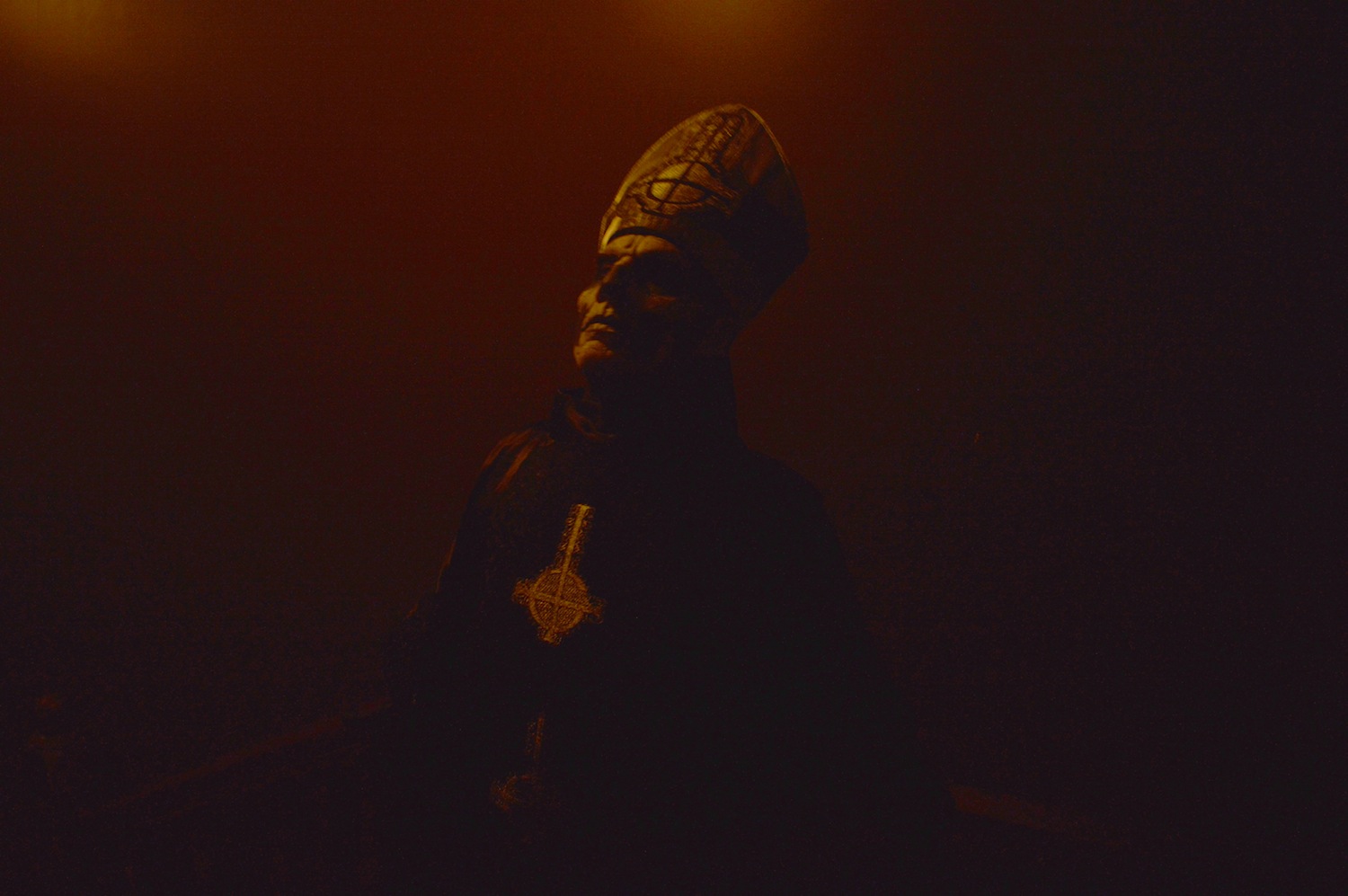 Words and Photos by J. Bennett

From April 15th to May 18th of this year, Los Angeles trio Ides of Gemini went out as sole support for satanic Swedish superstars Ghost on the “Haze Over North America” tour. Beleaguered self-titled contributor J. Bennett also happens to play guitar for Ides Of Gemini. After promising to cut a sizeable check (it’s in the mail, we swear!) we persuaded him to let us post some excerpts from his tour diary… Want to know the security code for the men’s room at Tom’s Diner in Denver, Colorado? Want to know how to work the trick drain in the bathtub in Room 213 of the Days Inn in Grants, New Mexico? Want to know the most efficient way to talk to the staff at [redacted] after they catch you smoking [redacted] with the local racists in a “restricted area” of their establishment?

That’s probably because you’re smart enough to avoid being in a touring band. For the rest of us—misguided and delusional though we might be—the answers to the above questions constitute the kind of practical, substantive intel that touring North America can provide you with. But this is not the most valuable information I accumulated on Ides Of Gemini’s month-long odyssey with our anonymous friends in Ghost. Not even close. Los Angeles, CA: First night of the tour. The El Rey is fucking stuffed. Milk is shooting out of everyone’s tits. Dave Grohl is pressing the flesh in the celebrity bar upstairs. Chino from the Deftones is here. Slayer’s manager—who also happens to be Ghost’s manager—is on his phone, probably ending someone’s career on the other side of the country. Fortunately, none of these people are here to see Ides Of Gemini. If we played the worst show of our lives tonight, they absolutely would not notice. But we don’t do that. We sort of kill it, if I do say so myself. (And I do.) It feels good up there. It feels right. After the show, we spend 20 minutes signing autographs for Mexican teenagers. All the dudes (and some of the girls) wanna get their photos taken with Sera [Timms, vocals/bass] and Kelly [Johnston, drums]. This is why we love all-ages shows. Kids arrive early to get a spot at the very front of the stage. They don’t wanna lose their spot, so we’ve got a captive audience. They can’t drink at the bar, so again: we’ve got a captive audience. If they like our music, they show it. They clap. They cheer. They give a shit. If they have any money left after they buy a Ghost t-shirt, they might even buy one of ours. At that age, no one’s too cool for school. Even if they think they are. Even in Los Angeles.

Papa and the Nameless Ghouls had to roll back to California to play the second weekend of Coachella, so we have a day off. I say “day off,” but all that really means is that we didn’t play a show. Instead we shot a video for our song “Starless Midnight” with Romanian director (and sorceress, I’m pretty sure) Daciana Birladeanu in an abandoned series of domes way out in the middle of East Dogdick, [redacted]. This process basically consisted of the girls doing all the work while I complained for eight hours. But at least I got to wear my Shriner belt buckle.

According to the Internet, these domes were computer-manufacturing facilities back in the 1970s. Today, they are literally crumbling shells of their former selves, covered in graffiti, just waiting to collapse under the next stiff breeze. Huge chunks of the ceiling have already fallen in, big enough to crush a tank. In the late afternoon, the local sheriff arrives and tells us we’re not supposed to be here, that Mexican narcotraficantes will probably show up and hack us to death with machetes within the hour. Then he says we can stay, but only if we split before nightfall. This is what happens when you have two good-looking women in your band. Before he leaves, he asks me if I’m a Shriner. Minneapolis, MN: We sit up late into the night, Papa and I, sipping red wine and contemplating the cosmos. Papa doesn’t say much, but he’s an excellent listener. He nods politely while I detail my hopes, dreams, and the vast conspiracy theories that I feel guide the trajectory of human history.

Occasionally he shares a personal anecdote—that one time in the back of the hearse with Ghuleh, ooh baby—or corrects a date I have misremembered. Yet I am convinced that he listens to two monologues simultaneously: My own and one that only he can hear. Perhaps it’s the voice of the serpent that spoke to Eve in the Garden of Eden way back when. Maybe it’s the voice from the burning bush in Moses’ fabled mountaintop hallucination. Or he might simply be batshit crazy. The jury is still out. One thing’s for sure: He sings like a goddamned angel. The Ghouls want to party tonight. One of them tells me so as we stand on the curb after Ghost and Ides level the ancient sweatbox that is NYC’s Webster Hall. We convene at a bar several blocks away, a dimly-lit basement joint where Papa and the Ghouls can operate freely because nobody knows what they look like out of costume. This is both incredibly liberating and occasionally frustrating, particularly for the unattached Ghouls who might be seeking female attention. Almost every night after the show, women approach me and ask if I can point out Papa or a particular Ghoul in their street clothes. I always tell them I have no idea what they’re talking about. As a result, I’m sure certain Ghouls are plotting my untimely demise Milwaukee, Wisconsin: At a certain point in Ghost’s set every night, Papa strolls backstage for a breather while the band plays on. Tonight he walked into our dressing room and told me that I could be rich and famous one day if I simply accepted Lucifer into my heart. I asked him what I’d have to do if I only wanted the money. He smiled—at least I think he smiled—and said Satan would find me when the time was right.

If absolutely anyone else told me this, I’d probably laugh myself to death. But one gets the feeling that Papa KNOWS THINGS. The question is: What ELSE does he know? I suspect we will all find out soon enough.

Check out more candid photos from the Ghost tour here, and the band’s guide to Swedish pop in our latest issue.