RP Boo and Jlin
Interview Each Other 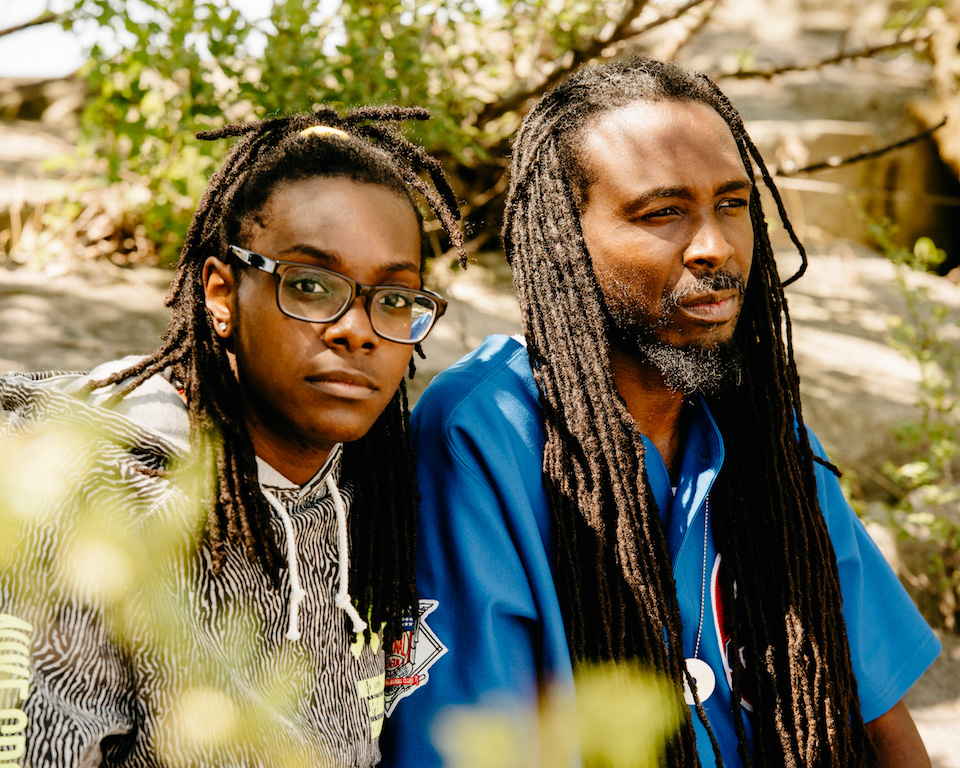 Since we already streamed her debut album in full alongside a track-by-track commentary earlier this year, we thought we’d ask Jlin to reunite with one of her forebears in the footwork scene — the godfather himself, RP Boo — and discuss everything from sample-led storytelling to everyday life…..

RP Boo: We ain’t never conversated before, so let’s give it our best shot and take it from there. I got you.

Jlin: My first question for you is how long you’ve been making footwork; what was the first track you ever made?

Jlin: What role does sampling play for you in producing?

RP Boo: It helps enhance the story I wanna tell. “Ice Cream” and “Baby Come On” were like the pre-stages of it. As the years went on, and I started doing things my own way, samples became a lot of different styles of music from the past. I just stepped out on faith and went at it, kinda like how hip-hop started.

Jlin: What story are you trying to tell?

RP Boo: How I’m feeling at that time. Once I got more used to seeing a dancefloor, it was all about transforming that room and taking it to a whole different level. That was my goal. The dancefloor—the party place—is the actual science lab of everything. And it never changes; it’s still like that today. That’s your science lab right there.

Jlin: How did you meet DJ Rashad?

RP Boo: Well I met Rashad at the Elk Lodge in Chicago, on 51st and Prairie. It was a spot where [the] House-O-Matic [crew] would do the dopest parties. The DJ booth was set on the right hand side of the stage, and the stage was clear for strippers to come in. The stage was two to three feet off the floor but you could step on top of it no problem.

This one dude came out when this fight took place. He was an unfamiliar cat, there with five of his buddies, and he said, “Hey, can I get on?” “Hell no you can’t get on!” I wasn’t about to get my head cracked open at this party! [Laughs] At the time, I didn’t know even know who he was, but it was DJ Rashad. I didn’t know he was already listening to who I was through other sources. He had respect for me. He was at the right place; it was just the wrong time. Even though I wasn’t a heavy hitter with my name being out there on vinyl, I was a heavy hitter on anybody who came through that door. I could get out with the best of ’em. 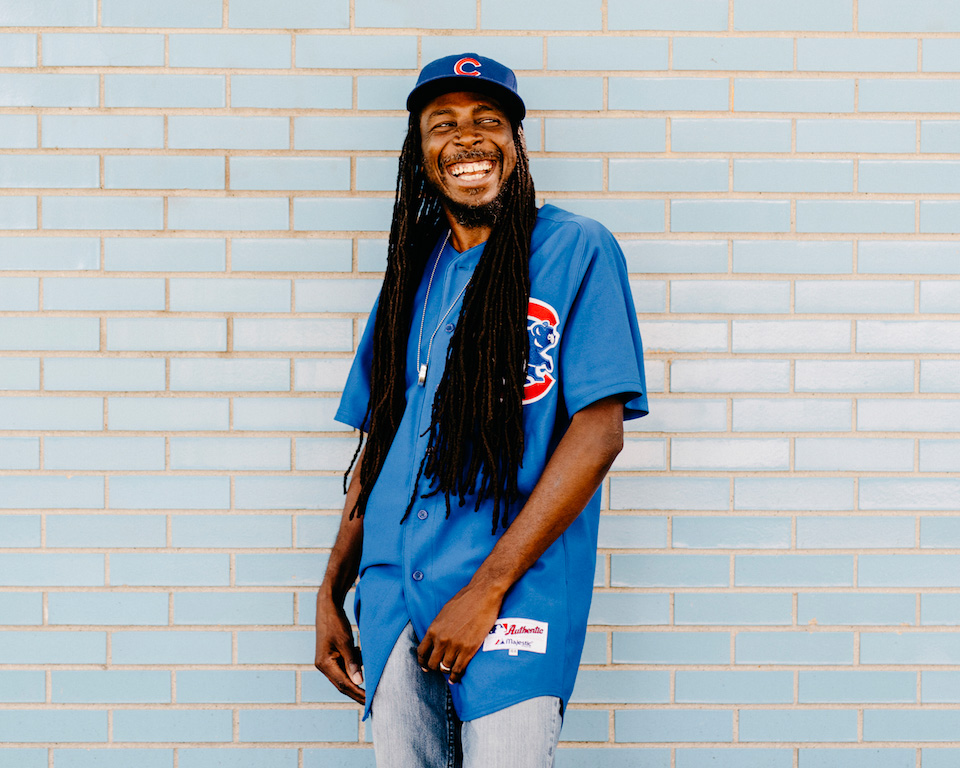 Jlin: How long were you with House-O-Matic?

RP Boo: I started with House-O-Matic in ’93 and stayed with them for a while, even when they branched off into other groups like CYDC. CYDC is still going strong. Everything started changing in 1997, ’98. From ’93 to ’98 strong I was there.

Jlin: What role do you play in the footwork scene now?

RP Boo: I’m still laying down bricks—the foundation. Before I was considered the godfather [of footwork], I called myself the emperor of dance music because I was the ruler of my own domain. And once Rashad and Spinn and the rest of Teklife kicked in… no one asked Rashad “who is RP Boo?” Rashad would just straight deliver it: “This is RP Boo. This is what he done. Man, wait ’til you hear him.” So I’m still laying down the foundation to the back of me. Every step I take forward, there’s already bricks standing behind me.

Jlin: I hope this doesn’t come off as a crazy question, but as you know, I’m still learning myself. What do you think I could improve on as far as where you see me now?

RP Boo: You have to be able to take a deep breath every now and then and not be discouraged because the production is there. Now that you’ve stepped into that realm, you need to be able to take your first shows as a lesson learned. Don’t go in afraid. It’s like any other job. You can go in with the most confidence, but just be patient. Don’t be discouraged about how the fans are gonna take you in. The fans already love you. You have to fit into that world now and see it for what it is. You ready. If you’re not able to make tracks one day, that’s normal. Just always be on your A-game and be prepared. You’re here for a purpose. Just be thankful. That’s what you do.

Jlin: Thank you, I appreciate that. I’m very honored to even sit here and interview you.

RP Boo: Now it’s my turn to ask you some good questions! My first question is what was your life like before you did any type of production?

Jlin: Oh man, it was totally different [laughs]. I lived a very sheltered life. I wasn’t really exposed to a lot of things. I was in private school, and my life was very routine because my mother worked a very stressful job. She had a lot of responsibility, and a lot of times, it was just me and my dad. We had to make do. No one knows who they are when they first start. I thought I was happy. I thought the little bubble I was living in was all that there was. I didn’t realize my entire everything was about to flipped upside down.

RP Boo: I remember seeing your name come up somewhere back in the MySpace days. How did you feel after you finished your first track? Did you think “I wanna keep going” or “I don’t think I can do this”?

Jlin: It was a moment of saying, “I don’t think I can keep going, but I’m going to do this.” [Laughs] I have so many moments like that even now. It’s a constant battle where it’s like jumping off a cliff voluntarily with no bungee cord and nothing to catch you. I’m in a complete free fall right now. 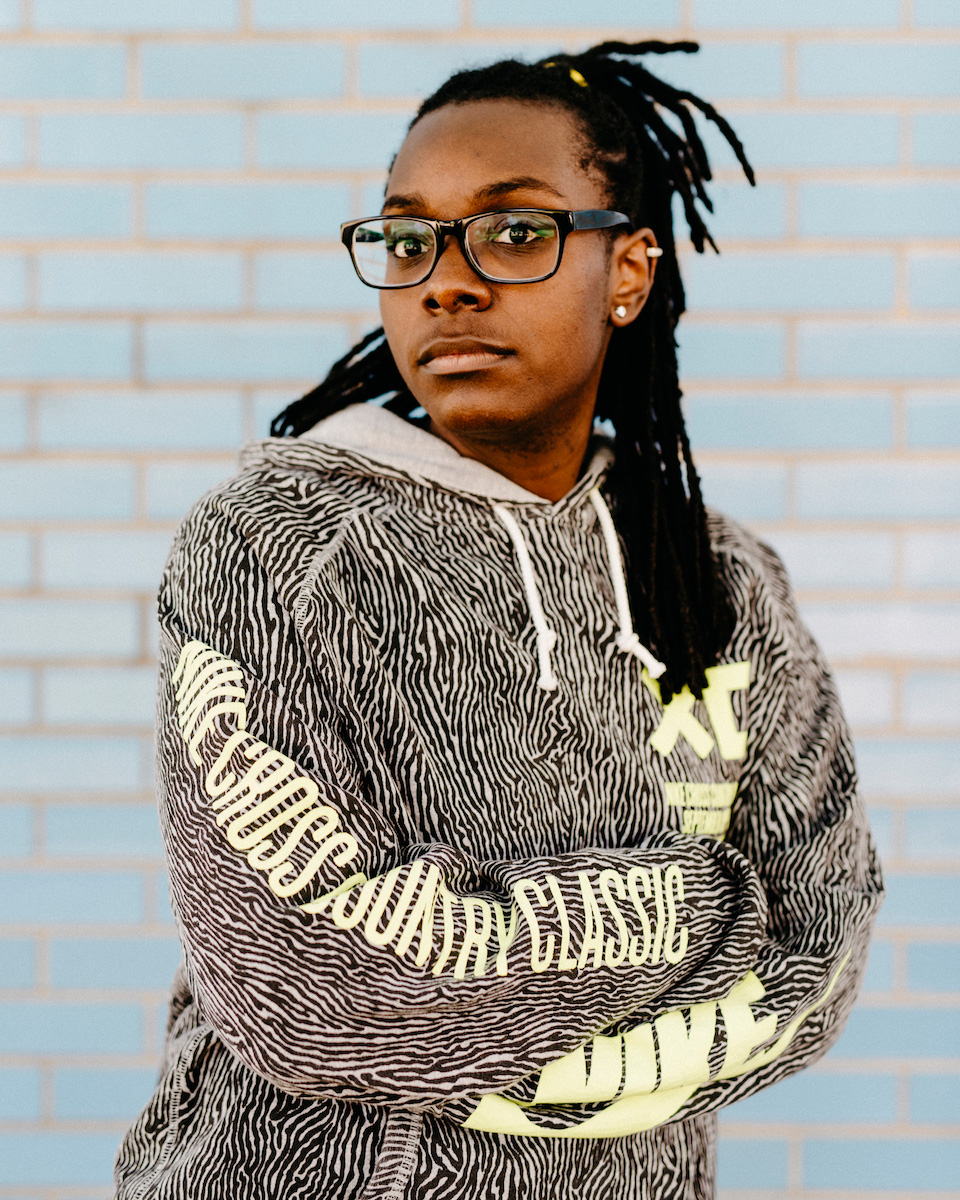 RP Boo: How did you find out about my work and what did you think about it the first time you heard it?

Jlin: I’ll never forget it. I was on YouTube listening to footwork music. That was all I listened to those days. And then I bumped into your track “Eraser.” Before I even listened to it, I had scrolled down to read the comments. I read so many comments where they were like “I can’t dance to this. “I don’t understand it.” “I can’t catch the beat to this.” And then there were people who were like, “Oh my god, this is crazy! I love this!” There was no gray area between “I can’t dance to this” and “I love dancing to this!”

It was like, “Okay, I’ve gotta listen to this.” So I played “Eraser” and was overwhelmed because I understood it the first time. I couldn’t explain it, but I could understand it. And after “Eraser,” I heard “Havoc Devastation” and was like, “What! How can you not dance to this?” I loved it. To fast forward, it had been at least four years between that time and when I got on Facebook. For a long time, I was really hesitant to message you, but when I did, I introduced myself and you were so kind to me. I remember you listened to my tracks and you liked them. Then you told me you had an assignment for me. Do you remember what it was?

Jlin: Yeah! You told me you wanted me to make a track using “All Night Long.” It is really hard to catch the beat to that song. It sounds easy but actually trying to sample it and chop it correctly is difficult. I’m not gonna lie. Because the beat moves throughout the song.

RP Boo: That’s a good lesson learned, because it’s from the last days of live instruments and it has no pitch. Fast forward to now with Dark Energy out. It’s a success; a lot of people are grasping onto it. One of your big shows coming up is PS1. How do you feel about that appearance?

Jlin: First of all, I’m very honored to even be considered to do PS1. I kinda got thrown into the jungle. Am I nervous about it? Of course—naturally. But it’s all a learning experience, no matter what.

RP Boo: You remind me of my first year… You know I’ve got your back, and I now you’ve got mine.

RP Boo: We stand here side by side. All I’ve gotta say is don’t stop. Step out of your boundaries with your thought process and how you produce your sounds. Be prepared for anything that’ll change your world. There’s nobody in front of you. There’s just people behind you—a long row of people who are standing by your side. One of those brothers is not here—Rashad. But you have myself and a host of people who say, “Welcome; we say welcome Jlin.” Take pride in that and never let nobody take that away from you. And you never let nobody intimidate you. That’s how I’m gonna end this conversation, by saying, “Blossom. Please blossom beyond what I do.”

Jlin: Thank you! And I have to end this conversation by saying thank you for being there for me.