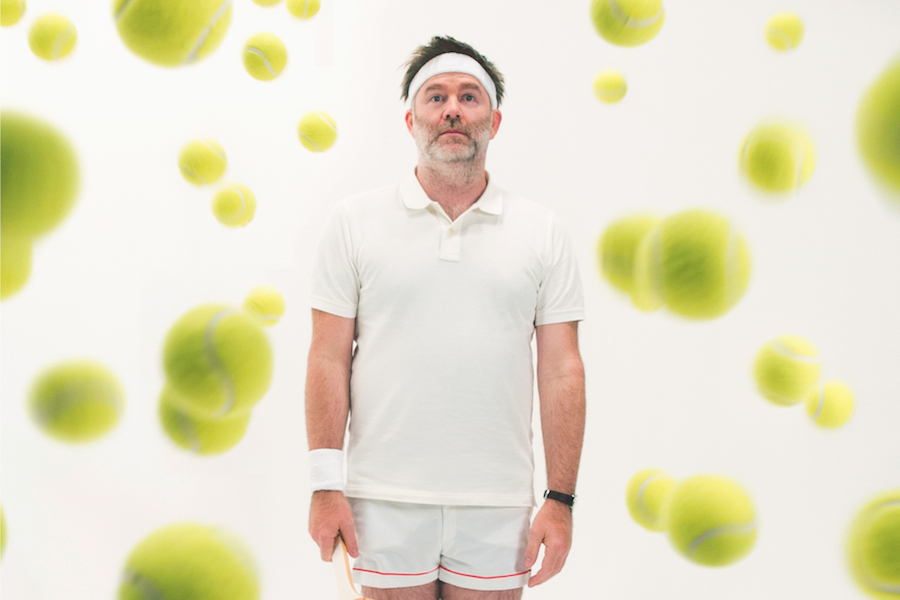 As we promised late last month, James Murphy has shared the first of 14 planned remixes from his randomized US Open recordings with IBM. Available below alongside a strangely musical 30-minute take, the mid-tempo piece was inspired by one of the producer’s favorite matches, which is described on IBM’s new Soundcloud page as follows:

When this match began, it could have been either player’s game. And like the match that inspired it, this track opens with beats that are balanced–intense but equal, just like the players–with no instrument clearly taking the lead. The music pulses steadily until the last half of the track, when the instruments start to break form as one player falls behind, and the other takes the lead. The track ends with a soft, high-pitched whistle that ushers the defeated player off the court.

Check out a complete archive of Murphy’s US Open Sessions here and more carefully sculpted remixes in the coming weeks.

UPDATE: IBM’s Soundcloud archive is actually deep to the point of sheer dizziness—so many matches, so little time—so we missed another one of Murphy’s remixes. We’ve now added it here and will keep updating this post as more trickle in…