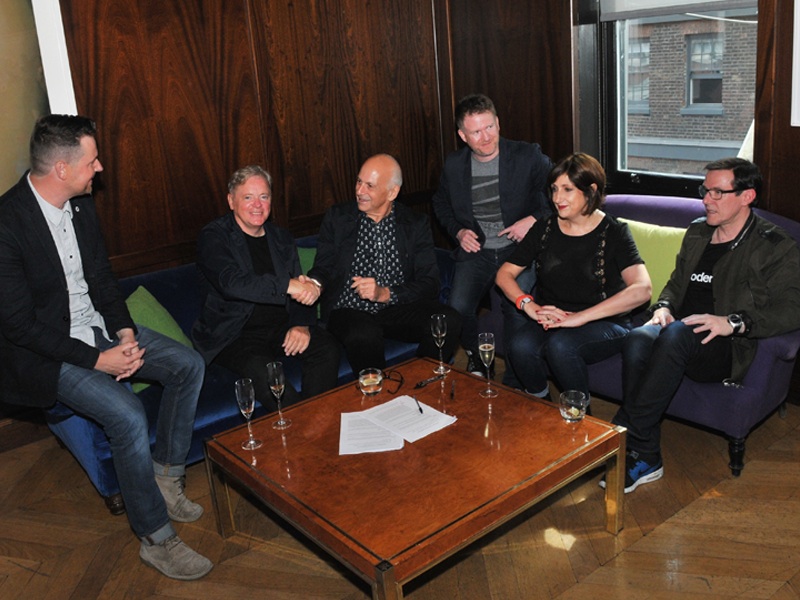 “Dear click-baiting websites who all have our email,” DFA wrote on their Twitter yesterday, “there is zero truth to the DFA/New Order news. How come no one bothers to check facts?”

The comment was in response to rumors that James Murphy is working on the next New Order album. Turns out he’s busy making 400 hours of music at the US Open instead, and Joy Division 2.0, well, they’ve been busy hanging out with Daniel Miller, who just signed them to Mute Records for a “more dance-oriented” new album.

“This is an exciting new chapter for both Mute and New Order,” Miller said in a press release, “and I feel privileged to be working with artists with such a long, creative and successful history. When the possibility of us working together first came up, I was invited to hear some of the new material and immediately had no doubts whatsoever that Mute would be the right home for New Order. We’ve already had a number of creative conversations, and I am looking towards an exciting future.”

“We couldn’t imagine a better place to be than working with Daniel Miller and his team,” the band added. “Mute has a superb roster of artists and a history that complements our own. In many ways joining the label feels like we are coming home, returning to our independent roots.”

New Order’s last proper LP was 2005’s Waiting for the Sirens’ Call. Founding bassist Peter Hook quit the band two years after that, and frontman Bernard Sumner said he’d rather not make records under the New Order name anymore in 2009. Sumner changed his mind upon New Order’s reunion in 2011, as Tom Chapman took over on bass and multi-instrumentalist Gillian Gilbert started playing with them again for the first time since 2001.

Meanwhile, Hook has continued to play old Joy Division and New Order songs with his solo band The Light. “It’s really nice to be able to do what I’m doing without having to compromise with another musician,” Hook told Gigwise when asked about his current career path. Now [Sumner] has gone back to New Order and their greatest hits, so he must be having to compromise.”