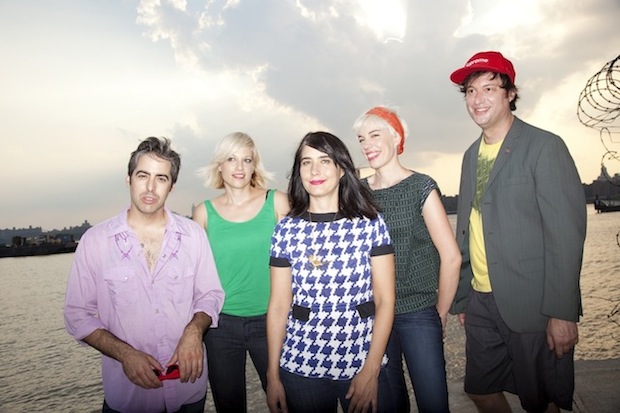 Now that Kathleen Hanna has rebooted her solo Julie Ruin project as a full band affair called The Julie Ruin, details are starting to trickle in about the group’s debut album. According to an interview with Pitchfork, James Murphy played on a song called “Just My Kind.”

“[It’s] what I like to call a ‘desperate, pleading’ love song,” explained the former Bikini Kill/Le Tigre frontwoman. “We were all surprised when he chose it because the rest of the record is so different. ‘Just My Kind’ is definitely the only song [bassist] Kathi [Wilcox] played stand up bass on! She’d never played stand up before and just walked over and grabbed it and figured it out. Thank god she had saddle shoes on that day because it added that ‘magic moment’ feeling you get in the studio sometimes.”

As for when we can expect the entire record, Hanna told the A.V. Club “we’re not really in a hurry. Every band I’ve been in has totally taken over my life. And I really want this to be something that stays enjoyable and doesn’t become very professional. We’re all having fun, and we enjoy each other a lot. When we get together, we can’t stop chitter-chattering. I would like that to continue for as long as possible.”

Check out an in-studio screenshot of “Just My Kind” below, along with a streaming version of Julie Ruin’s one and only cult classic…