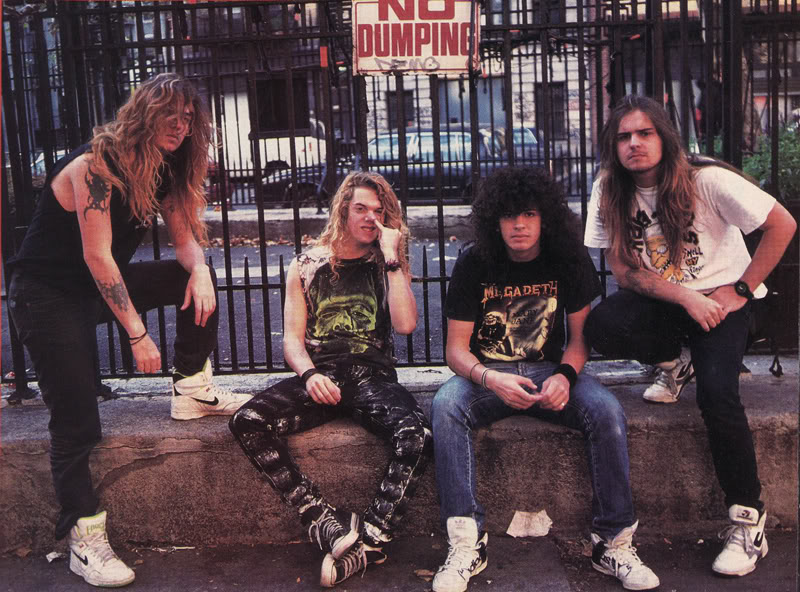 That Arcade Fire album James Murphy helped produce? It’s got nothing on the record Iggor and Max Cavalera have discussed with the former LCD Soundsystem frontman. According to a Guardian report, the Sepultura co-founders were supposed to work on Cavalera Conspiracy—the band they formed after a decade of public bickering—material with Murphy, but he convinced them to develop songs as a duo instead.

“He basically asked me to get rid of the rest of the band,” Iggor explained. “Cavalera Conspiracy has four members and two records. Murphy asked us to start from scratch as a duo. According to him, ‘This will come to be the heaviest record of our careers.’

He continued, “The last time my brother and I played together as a duo was back home, when we were still teenagers learning how to play in our bedrooms. I had some pieces of an old drum and he had his guitar. This new project feels as though my brother and I are coming back home, 30 years later.”

Now, before you get the wrong idea, the trio’s tentative sessions aren’t completely out of left field. Max’s Soulfly group has spent the past 15 years reaching outside the realm of metal by experimenting with countless guest musicians, and Iggor has been DJing and producing dance tracks under the name Mixhell for more than five years now. Long considered a collaboration with his wife Laima Leyton, the project recently added a third member (bassist/producer Max Blum) and delivered their debut album (Spaces) for Boysnoize Records. Whether or not you dig their dark club sounds, there’s no denying just how influential Sepultura’s early records were, from the oft-overlooked thrash-metal classicism of Beneath the Remains to the brash Brazilian music of Roots.

Revisit it all below, right alongside a few Soundcloud selections from Mixhell…