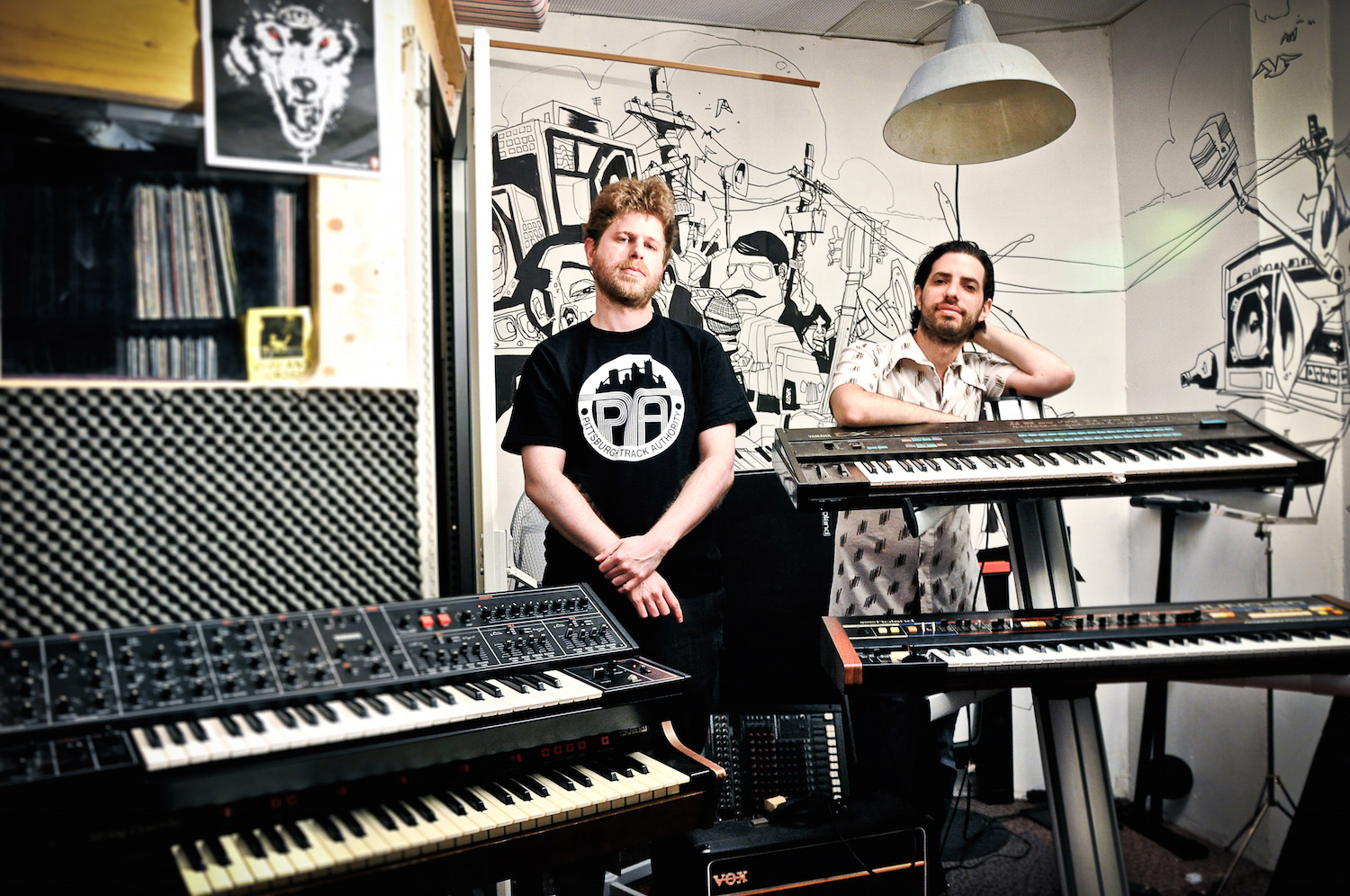 1. Joey Anderson
Joey Anderson had an amazing year and his awesome After Forever album was a real standout. Warm, unique and hypnotic collection of tunes that gets better and better with each listen. We were very lucky to cross paths and play before or after Joey on a few occasions this year, and it was always a real pleasure as he is one hell of a DJ. His sets at the Freerotation and Dekmantel festival were SO good, and my highlight was him playing one of his new tracks in Milan’s Dude Club and completely destroying it with that epic 10-minute tune.—Gal Aner

2. Population One, Theater of a Confused Mind (Rush Hour)
Terrence Dixon, here’s a man that really keeps techno alive, funky and futuristic as it should be. I hope that the rumors of him retiring are just rumors, as this is a real mind-blowing album. Stellar tracks like “Inner City Circus” and “Code Urgent” are just what the doctor ordered for me, both for the club and for home listening.—GA

3. Neil Young & Crazy Horse Live
Been waiting for over 20 years to finally see this hero of mine perform live and it finally happened this summer, and with the great Crazy Horse at his side it was an unforgettable night. Here’s one occasion where a 10-minute guitar solo can feel too short, and that voice just melts you. —GA

4. Live Shows
Probably the most exciting aspect of this year for me has been all the live shows we had the privilege to play. Between the Magic Mountain High shows and the Juju & Jordash shows, there has been a lotta jamming! I think we’ve been getting better gig to gig throughout the year, especially since the summer. I think things really started opening up for us after an open air MMH show in Toulouse during the sunset. I’ve become a better musician and a shittier person this year. Win win.—Jordan Czamanski

5. New Synths
And due to more said gigs, I could finally afford some “new” synths this year, starting with the Sequential Circuits Pro One. Love this synth. Rock solid bass lines, soulful leads, and insane sound effects—the Pro One is a mono synth that does it all. And it’s got that new-wave/new-beat/industrial-techno vibe to it. Punchy as hell. I still can’t believe that I own one. A day I don’t play around with it is a wasted day.

I picked up a couple classic digital synths this year as well. The Roland D-50 and the Casio CZ-1. Both capable of magic. The D-50—or the “Enya preset synth”—is a complicated lady. Super gorgeous sounding. Ethereal I guess. Programming it isn’t fun cause of the late ’80s architecture. Luckily I have no shame using D-50 presets. Just putting that out there.

The charm of the CZ-1 is not necessarily its grainy digital sound (which I love) but rather its aftertouch finesse. Anything you play on the CZ-1 becomes funky thanks to the awesome aftertouch vibrato. Makes me feel like i’m Dåm-FunK.

Last but not least I was recently given by my good friend David Moufang a holy grail of sorts of mono preset performance synths—the Arp Pro/DGX—and I will be forever grateful. You can channel George Duke, Sun Ra and Tangerine Dream with this keyboard. It may just be a mono preset synth but the expressiveness in this beauty is unparalleled.—JC

Juju & Jordash’s latest album, ‘Clean-Cut’, is now available through Dekmantel. Stream a sampler of their standout tunes below…