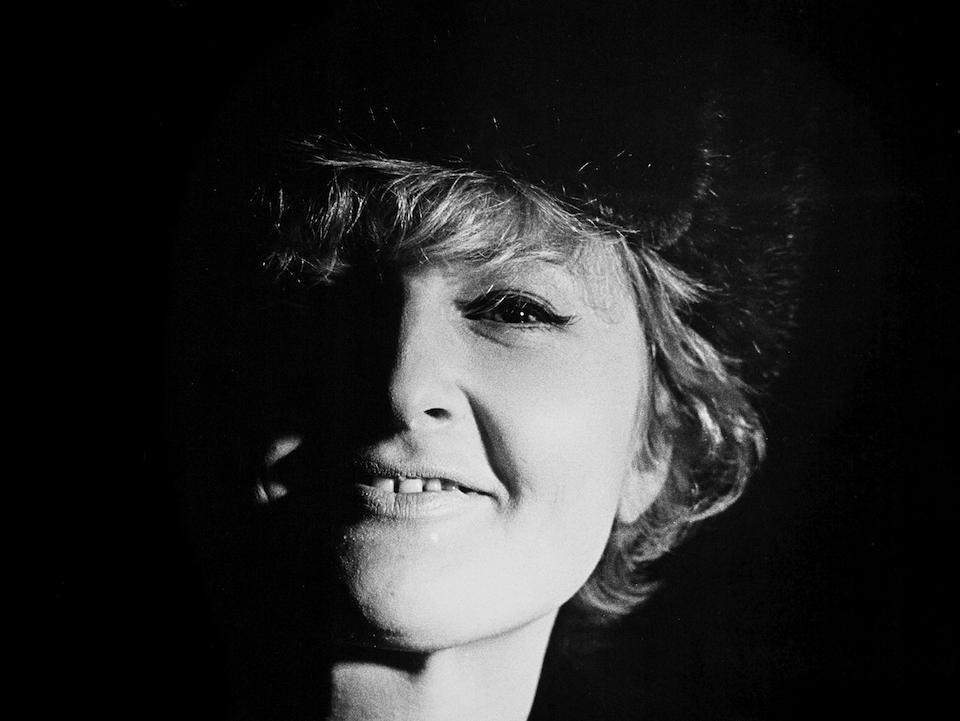 “Everybody has to retire at some point,” says Norwegian jazz singer Karin Krog, “but I believe that once a musician, you’re always a musician. If I can’t stand up and sing on stage anymore, I can always do it sitting down!”

Listening to the fiercely independent recordings on Krog’s new Light In the Attic anthology—a compilation that covers more than three decades of dizzying music—it’s hard to imagine her ever sitting down. Whether it’s a puzzling spoken word piece (“As a Wife Has a Cow”), a bass-slapped country tune (“Ode to Billie Joe”), or an organ-grinding riff on John Coltrane (“A Love Supreme”), these songs are full of life, bursting through your speakers with a snicker and a scream.

In the following exclusive, Krog takes us on a tour of the entire affair. Stream Don’t Just Sing for one-week-only here, and look out for its proper double LP pressing next week.

“AS A WIFE HAS A COW”
I have always been fascinated by the work of Gertrude Stein. I thought that this stream-of-consciousness poem—which Stein describes as “A Love Story”—would make an interesting voice collage.

“LAZY AFTERNOON”
This version of the song by Jerome Moross and John Latouche was inspired by an instrumental version from the Pete LaRocca album Basra. I enjoyed the relaxed and open sound of the track and decided that it would work well with the lyrics too.

“WE COULD BE FLYING”
I spent a few months working with the English composer and pianist Richard Rodney Bennet. Richard had an encyclopedic knowledge of great songs and introduced me to this song by Michel Colombier and Paul Williams. It captures the adventurous spirit of the 1970s really well I think.

“RAINDROPS, RAINDROPS”
Steve Kuhn was the pianist on the Pete LaRocca version of “Lazy Afternoon” that had inspired me earlier. I must say that at the time I never imagined that I would actually get to work with Steve. “Raindrops, Raindrops” is just one of several songs of Steve’s that I have performed over the years.

“BLUES EYES”
As soon as I heard this song on an album by the composer Berndt Egerbladh I immediately set out to try and write some lyrics for it. Berndt originally recorded the piece on organ, and since there happened to be an organ in the studio where we were recording with Dexter, I asked Kenny if he would give it a try. I think it worked out pretty well; I’ve always enjoyed the combination of organ and tenor sax.

“ODE TO BILLIE JOE”
Bobbie Gentry’s classic narrative song. It turned out that both Dexter and I had this song down as one of our favorites. Niels-Henning [Ørsted Pedersencame] up with a groovy bass line and we opened the song up to give some space for Dexter to blow. It didn’t make it onto the original album, but it’s fun to hear it again now.

“IMAGES IN GLASS”
This is a multi-tracked piece, with a respectful, if humorous, nod in the direction of Philip Glass. John Surman and I began our recording adventures with the album Cloud Line Blue, a track from which appears later in this compilation.

“TYSTNADEN”
In 1963 the Swedish filmmaker Ingmar Bergman produced a movie called Tystnaden (The Silence). This is a free improvisation inspired by the film.

“MAIDEN VOYAGE”
I was looking for songs that would give me an opportunity to improvise, but also break away from jazz’s scat-singing tradition. Herbie Hancock’s tune with its simple scalar structure was ideal.

“JUST HOLDING ON”
Surman and I were returning to Europe from a series of concerts in Australia and decided to stop off for a few days to stay with friends in Singapore. During a visit to a music shop, Surman discovered the Indonesian bamboo instrument the Angklung. He brought a few different pitched examples back to Oslo and, thus inspired, he wrote the song “Just Holding On.”

“DON’T JUST SING”
Another piece which gives me the opportunity to improvise in vocalise style. It comes from the second Krog/Surman duo album Bluesand.

“GLISSANDO”
More free improvisation here, recorded whilst I was on a visit to Sweden. I was in the studio when the late great Swedish trombonist Eje Thelin was recording an album with his band. There was some studio time left in the day; Eje invited me to join the group and see what happened. Well “Glissando” happened!

“BREAK OF DAY IN MOLDE”
For many years the Molde Festival was the most important jazz festival in Norway. In its early days, the tradition was to adjourn to a restaurant situated on the top of a hill overlooking the small town of Molde for an after-hours jam session. My late husband Johs Bergh and I dreamed up the lyrics as we made our way down the hillside in the early hours of the morning. The melody is, of course, Carla Bley’s beautiful “Ida Lupino.”

“ALL I WANT”
My favorite Joni Mitchell song; enough said!

“CLOUD LINE BLUE”
Back in the 1970s, John Surman and I met up at a festival in Germany. We had both been experimenting with electronics and—over a few glasses of wine—decided to set about making what was basically a duo album. Cloud Line Blue was the result. It took a while before all the pieces came together, but in the end, I think we put something quite special together

“A LOVE SUPREME”
The liner notes of Coltrane’s A Love Supreme album include a devotional poem which he plays in what he himself calls a “musical narration”. This is my small tribute to the great tenor player in which I use the words of the poem in a loose harmonic framework together with the Swedish organist Nils Lindberg.