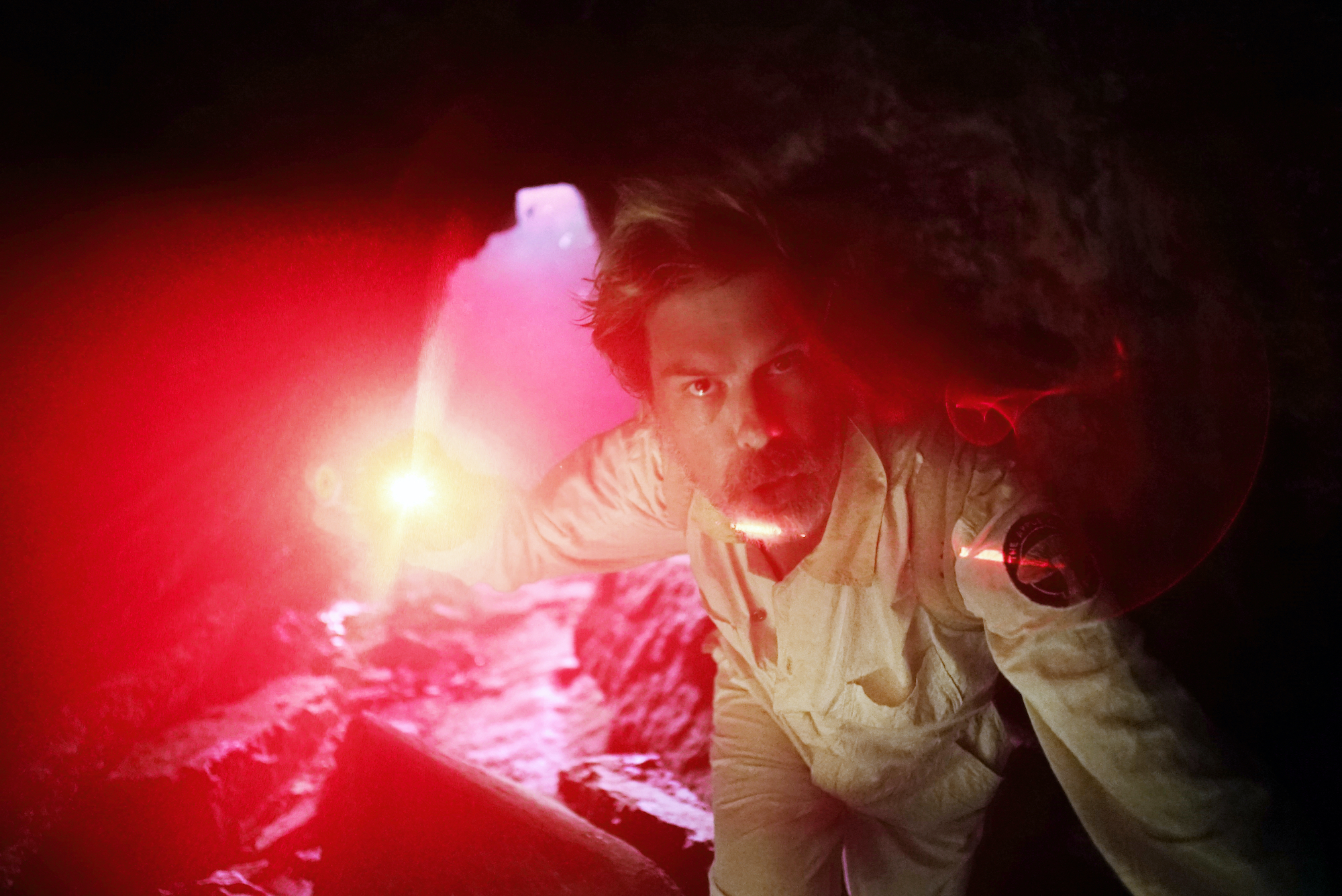 This week’s piece is particularly fascinating — a deeply personal dive into the ever-elusive discography of Liars, courtesy of its one constant, frontman Angus Andrew….

“Tumbling Walls Buried Me In The Debris, With ESG”
They Threw Us All in a Trench and Stuck a Monument on Top (Gern Blandsten, 2001)
This one illustrates my naivety back when we made our first record. I had no awareness that people would actually listen to what we made and so didn’t consider the fact that using an ESG sample might be problematic. Not to mention me thinking that including ESG in the title somehow absolved any issue.

I also failed to fully disclose to the rest of the band that I’d lifted the bassline, so cut to their surprise when we walked into a venue where the DJ was playing “UFO”…. They all turned to look at me like?

“Steam Rose From the Lifeless Cloak”
They Were Wrong So We Drowned (Mute, 2004)
Song two on our second album is this instrumental, which is emblematic of how ruthless we were feeling. The first record had received way more attention than anticipated. People had an easy time defining the band, and I felt boxed in by the reference points and labels they were using.

I remember the conversation Aaron and I had in a basement in NJ when we said the words “let’s sink the ship”. Our aim was to destroy everything we’d achieved up to this point.

“The Other Side of Mt. Heart Attack”
Drums Not Dead (Mute, 2006)
One of the easiest ways to plot the evolution of Liars is by listening to the last track on each album. Those songs often point toward a future incarnation of the project.

Before “TOSOMHA,” our goals with songwriting were mostly about experimentation. There was no interest in connecting with a ‘musical language’ or lineage.

“TOSOMHA” changed all that by helping me acknowledge the challenge of crafting a song. I love sound and experimentation but putting a functioning song together in some sort of traditional capacity is really hard and from this point on I began to find that challenge more and more compelling.

“Sailing To Byzantium”
Liars (Mute, 2007)
Despite an ok response to DND, there was a weird taste left in regard to ‘the concept record’. It felt at the time as though it was so distracting for people. The critical focus was more about the ideas we were using to create the music rather than the actual music itself.

Our reaction was the self-titled record — stripped of all meaning and focused on more traditional instruments. It was the quickest record we’ve ever produced.

This song is a great example of the ‘one-take mindset’ we adopted — particularly the organ solo towards the end. It’s one of those rare moments where everything just falls into place on the first take and you go, wow did that just happen?

“Scissor”
Sisterworld (Mute, 2010)
Having just moved to L.A. from Berlin there was a huge sense of anything is possible. Previously in Germany we tended to struggle with even the most basic tasks due to our lack of language and contacts. In L.A., we felt extremely enabled.

For the first time grand notions of string and horn accompaniments arose and “Scissor” was the song that took the lead. I’d just met my future wife, a classically trained bassoonist; we’d begun living together and I had this super vivid and memorable dream which is described very literally in the lyrics. 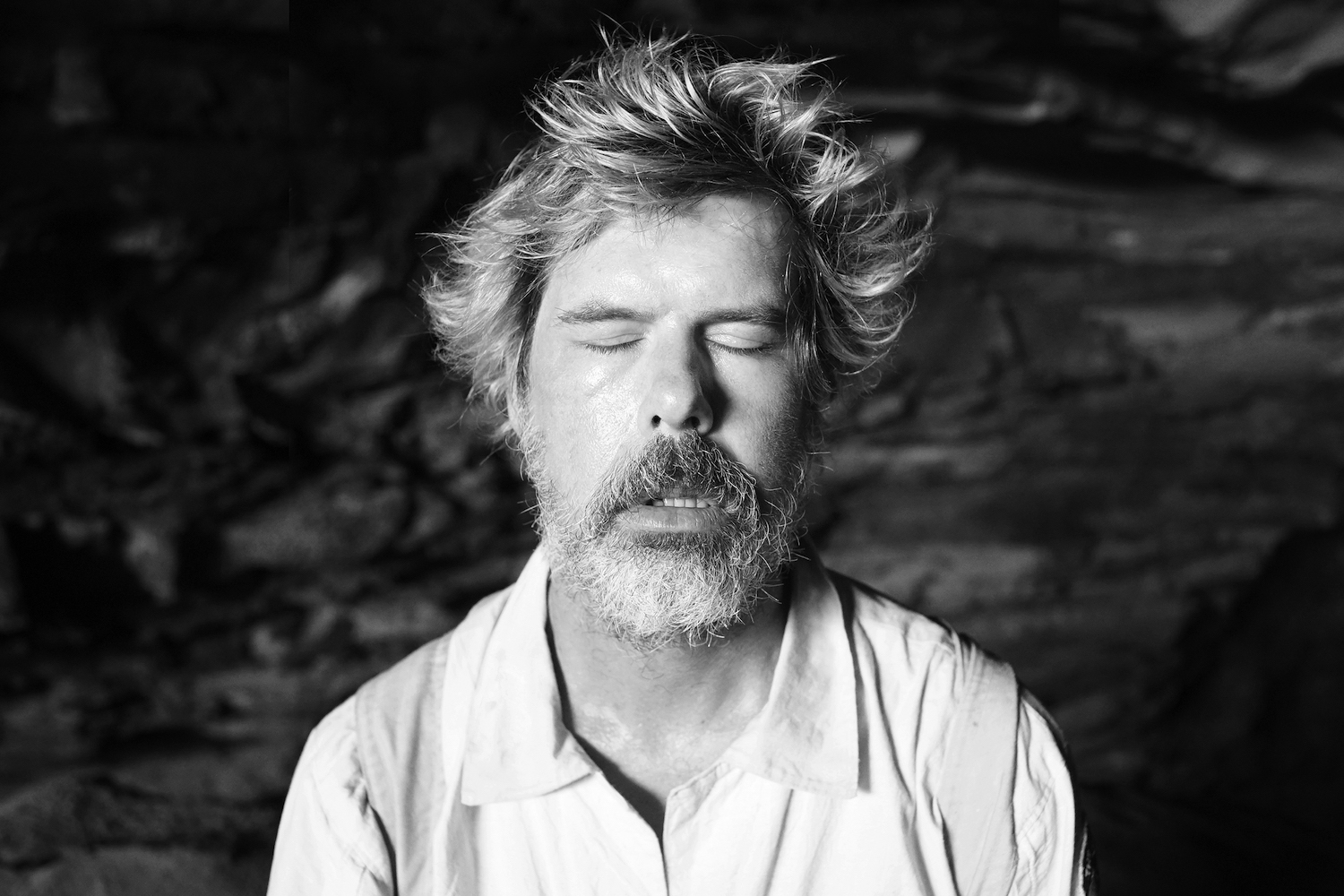 “Octagon”
WIXIW (Mute, 2012)
Beginning with this song, the whole WIXIW era was defined by the exploration of computer software and programming. It was a wildly exciting time for us in regard to sound experimentation and creativity, but stepping into the world of digital production was, for me, fraught with paranoia. I remember being so hung up on concerns about originality and reference points, like, if I use a sample from some drum pack in a song, how does that impact the way it’s heard?

Up until this point we’d been clicking sticks together and hitting strings, actual objects creating unique sounds. What did it mean to incorporate generic, digitised sounds that other artists were also using? I’d call up Daniel Miller all the time just to play him some hi-hat sample to make sure it didn’t touch some obvious, unintentional reference points in electronic music. I was so paranoid!

“Can’t Hear Well”
Mess (Mute, 2014)
At the time, my in-laws were visiting us in L.A. I’d offered to put them up in my studio and so had set up this weird tiny spot to work in the closet of our bedroom.

The song came about because I’d just had an operation to remove a tumour in my left ear. It didn’t go well. I lost the three tiny hearing bones from my middle ear and was forced to have another operation to install titanium replacements. I’ve since carried an MRI Implant Card to show airport security when my Titanium Ossicular sets off the alarms.

See also: the last song from Mess called “Left Speaker Blown,” which samples one of the numerous hearing tests I was taking at the time.

“The Grand Delusional”
TFCF (Mute, 2017)
This song and this record is still really fresh for me. It was an intensely emotional time. My father was reaching the end of his life, my wife was pregnant with our child, and Aaron had just told me he couldn’t continue with Liars.

I’d just moved back to Australia after living overseas for 20 years and found myself deep in the bush, totally at the mercy of the natural surroundings. I was in awe of the wind, the tides, the trees; everything about the rugged power of the Australian bush made me feel so infinitesimal. This song, with its introduction of the acoustic guitar, is so emblematic of the nakedness I was experiencing.

“Fantail Creeps”
Titles With the Word Fountain (Mute, 2018)
Bringing humour and levity back into the work was essential after TFCF. Exercising all the experiments and avenues I’d explored was my way of achieving that goal and returning to some kind of beginning.

This track was the first step back into framing the music with a smirk. It was recorded in the little cabin deep in the bush where I’d set up microphones outside in the trees that were always set to record when I was inside. Every song I wrote had its adjacent ‘outside’ tracks, filled with bird, wind, and boat sounds.

“Big Appetite”
The Apple Drop (Mute, 2021)
This one originated as a drone and drumbeat. The evolution it went through was pretty amazing and certainly could never have happened without the talents of [multi-instrumentalist] Cameron [Deyell] and [drummer] Laurence Pike. Cameron introduced the guitar riff that really put the song into action.

We were immediately in that sacred spot where you know you love what is happening but it’s also so foreign, fresh, and scary. I’ve always believed that’s where the best music comes from Liars. The less confident I am of people’s response to a song seems to be indicative of its possible appeal.

So weird, but I wholeheartedly believe that pushing your output into uncertain areas is where the magic truly happens.