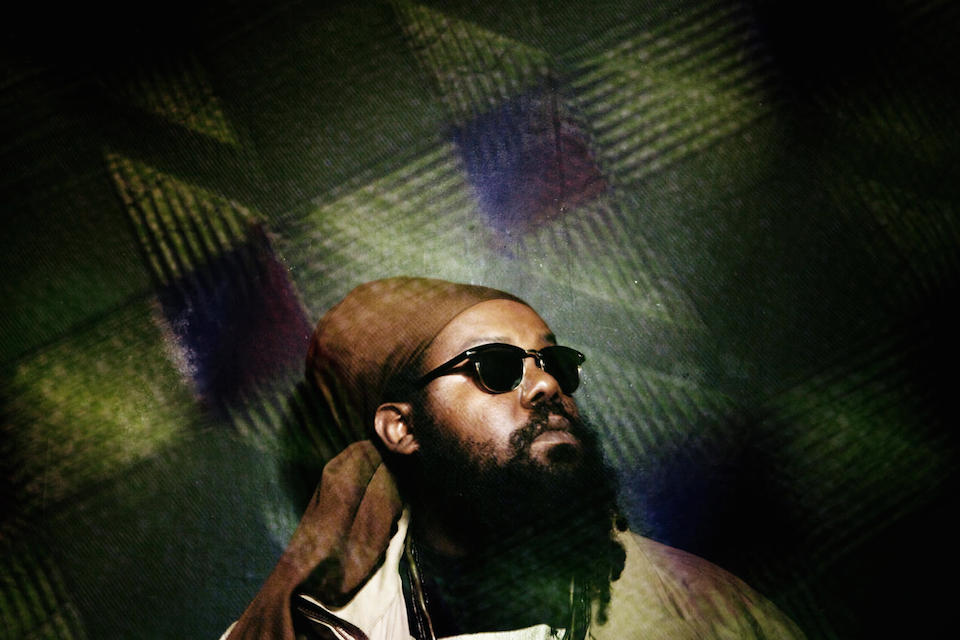 You might not want to operate heavy machinery while listening to the second installment of Ras G’s Live From Spacebase mix series. Much like his Brainfeeder label boss Flying Lotus, the producer is tapped into an astral plane very few of us will ever visit, making much of his set feel like the movie Enter the Void—a trip worth taking, even if it’s dizzying and downright nightmarish in parts. Here is what he had to say about it, presented alongside a streaming player and the previous volume:

“Back On The Planet with another edition of ‘Live from Spacebase’ where I share stuff I vibe out to. I’ve got some exclusive Sun Ra in the set, played some Thundercat, Eagle Nebula!, Georgia Anne, Holy Smoke (Jae and Zeroh) and some other stuff you will just be shazaming anyway (yea u haha) shout out to the Grand Visualizer Of The A.S.P. Back to the beats…” _Ras_G RECORDED. OCT 2013

Previous Weyes Blood
“Hang On”
Next A Quick Chat With… Kimbra