A Quick Chat With… Kimbra 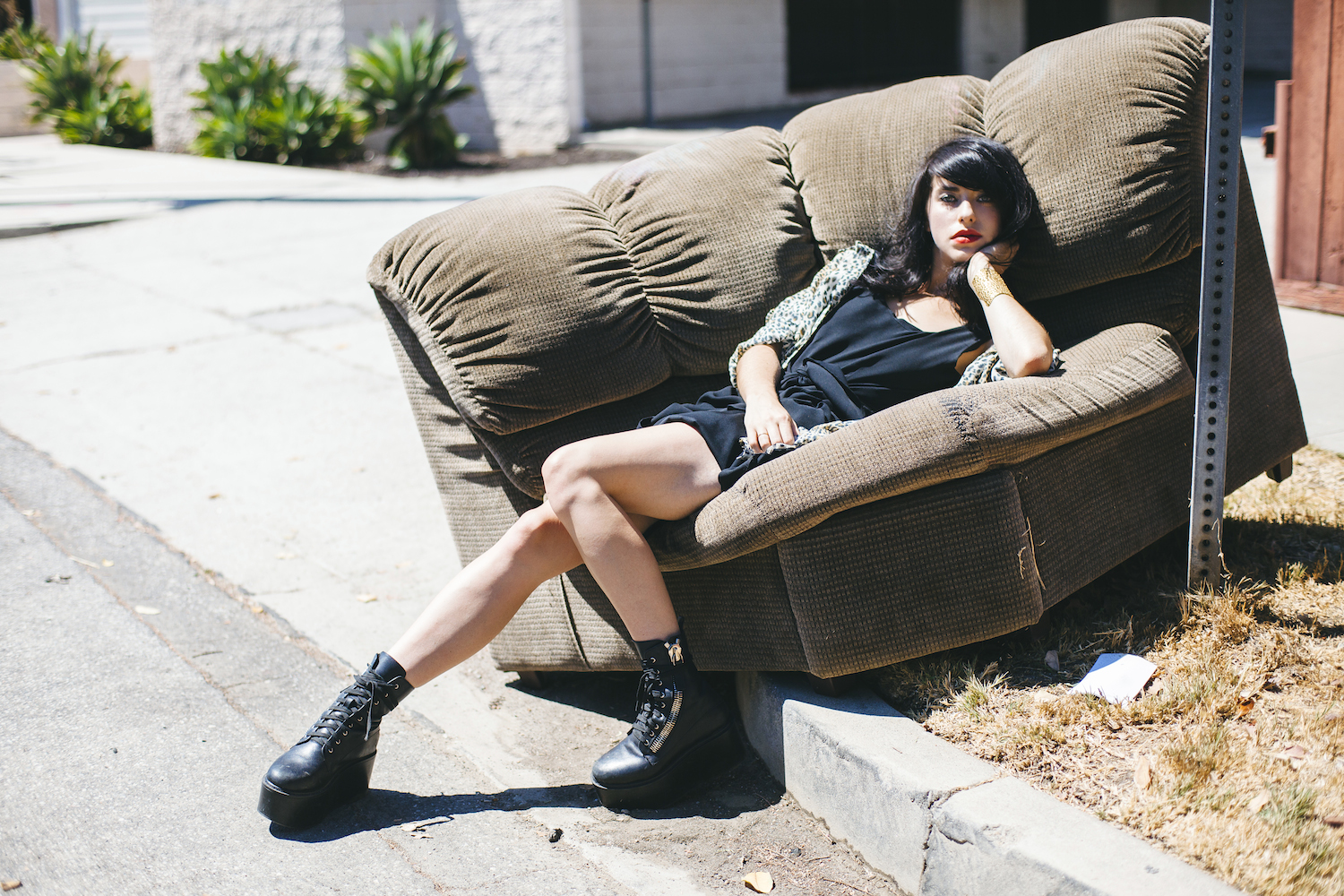 The following story is taken from our free iPad magazine. Grab it via iTunes or check out more exclusive features from it here…

Hi there.
Hello there.

How are you?
Very well, thank you.

So far this is a very polite conversation.
Should we roughen it up a bit? [Laughs]

It sounds like you’re eating.
Oh yeah, I’m sorry. Dill on a cracker, some peanut butter, a yummy salad with mustards and tofu. It’s rather good.

I bet you’re a Prince fan.
I love strong hooks and melodies like Mariah Carey and Prince, but when I was like 14 or 15, I discovered the Mars Volta and they became my favorite band of all time. Then I started listening to metal like Dillinger Escape Plan and Rage Against the Machine. I listen to all different kind of things, but I like heavy music.

Were you an angsty teen?
I was fascinated by heavy music. I wasn’t angsty, but I did probably lock myself in my room a few times and rocked out.

There’s a weird tension between Australia and New Zealand. How did people react when you left New Zealand for Melbourne? Did they disown you?
I think New Zealand takes it a lot more seriously than Australia does. You have so many places that play a role in your life. I lived in Australia for six years but I’ll always be a New Zealander. You went to the Grammys for your contribution to that Gotye song. Explain what that was like to regular people like me.
It was all a very strange dream. And seeing Prince on stage announcing the record of the year, and he calls us up to stage… that was crazy. I think I spent most of the night laughing about how ridiculous that was. In my row was Jennifer Lopez, Beyonce, Jay-Z, Adele… That was such a trip. These people define what is cool and what is not.

Be honest: Did you get sick of “Somebody That I Used To Know”? Were you ever in a coffee shop and like, “Ugh, this song again”?
I did hear it in a falafel shop in Berlin and the guy making my falafel was singing along. It was surreal and comical.

Tell me about the kind of books you read. I’ve heard you like to get heavy.
I read about theology and science, like Carl Sagan, C.S. Lewis. And then there’s Thomas Merton, who writes a lot about meditation. I recently started meditating and I hope to do it while I’m on tour to keep grounded.

Did you grow up with religion?
Not at all. It was very much my own seeking. And music is a part of that. I’m always trying to think about higher beings. I think it comes from a place that you have this ability to create beauty and sound and share it with people. It’s a strange thing to write music and I’m curious about where it comes from. Luckily I have a job that allows me to think about this stuff and express it.

Do you think we’re alone in this universe?
From what I have experienced, it’s led me to thinking that we’re not. It hasn’t proved the existence of the beyond for certain, but I have so many experiences that make me think that there’s probably something out there. But thinking this way makes me feel small and humble too because I’m aware of the fact it’s not all ours.

I feel like this a opportune time for me to say nothing more than “woah”.
[Laughs] Woah indeed.

Kimbra’s new solo album, ‘The Golden Echo’, features at least one Mars Volta member, as well as Thundercat, Bilal, Silverchair’s Daniel Johns, and more. Check out another song from it below…