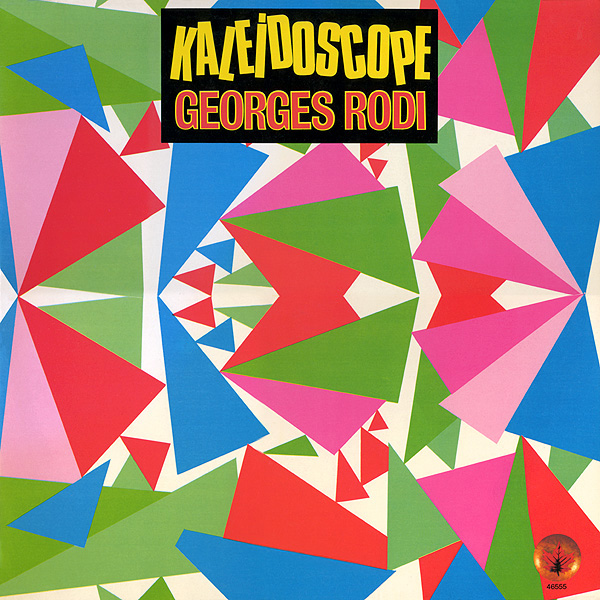 We’ve always been a fan of library music, the genre-jumping LPs that were used to score commercials, films and television shows throughout the ’60s and ’70s. On one level, their strictly-analog ‘songs’ develop like a fever dream, a prismatic collage of classical, pop, jazz, country, and early dance/electronic music. The visual and sonic sides of Stereolab owe a lot to library records for this reason. As for the album’s actual sleeves, we can’t think of another musical era that’s as wallpaper-ready as this one. So much so that we’re going to post a separate gallery of our favorite library covers later today.

For now, here’s a beginner’s guide by Michael Kaufmann, the Asthmatic Kitty A&R rep who spearheaded the label’s own Library Catalog Music series late last year. Among the six volumes of ready-made records are a rather bizarre collaboration between Sufjan Stevens and his father Lowell Brams (Music For Insomnia) and a sample-savvy set from Roberto Carlos Lange of Helado Negro and Savath & Savalas (Music For Memory). Some select cuts from those two releases–and the rest of Asthmatic Kitty’s Library Catalog run–are available at the bottom of this post.

Now take it away, Michael… Erik Satie sits in a cafe, taking a breather from the creative roadblock he just hit while being cooped up in an apartment. He is exhausted, tired of the intentionality of his music, tired of the intensity that music demands. He feels that listeners have been asked to give too much. They are bombarded with notes, nailed to their seats, unable to move under the mass of sound.

He was at a party recently. It was a stew of creative types–those who only eat vegetables, and those who love the idea of artistic conspiracy. There was a buzz of exchanging ideas, but then a young musician began to play aggressive new music based on complicated math and harmony. The ideas ceased, and the idea of this musician dominated and demanded all. Satie found himself embarrassed; as a composer, he felt somehow responsible. He realized that all this time music was asking too much of listeners. It didn’t serve a purpose other than to distract and focus a moment.

What if music enhanced experiences? What if it could slip into the background–barely audible, barely noticeable, ambient? In other words, what if he started creating Muzak? Meanwhile, Thomas Edison is finding time between lighting bulbs and blowing minds to select music for his silent film empire. This kick starts a new business model: music made solely for films and theater. And two decades later it has evolved, knuckles no longer dragging. No, they’re hairless and outstretched to collect considerable sums of money.

Enter the 495 volumes of the Mood Accompaniment Library, as sparked by the Brunswick Record Company in 1928. They must have done something right, too, since Brunswick sold the entire collection to Warner Brothers two years later. Though perhaps they were just getting rid of the dead weight, because their bowling balls, yachts and patriot missiles for the Gulf War were bigger sellers.

Either way, others filled Brunswick’s niche, including an emerging generation of “Light Music” composers. Then television was born and the game exploded. The jingle was birthed on some ad agency’s conference room, a bunch of sweaty men and happy fathers passing cigars and swaddling their newborn cash cow. Cooing and mooing again and again. Here is but one example: In 1949, Mister Alexander Laszlo created “Structural Music” for a low-budget TV series. As the name suggests, Laszlo created a new form of composition, advancing what Satie had set out upon 40 years earlier. But whereas Satie created music to inhabit a space–his furniture pieces, for example–Laszlo created space through music for images to inhabit. He referred to the pieces of music (as collected in a massive 38 volume catalog of 1200 cuts) in architectural terms. Opening themes, transitional bridges, and closing themes were referred to as “arches,” “frames,” and “domes.” This was built upon with a three dimensional coding system for emotion. While over half the catalog was built from his own recycled scores to more than 50 films, his invented taxonomy and vision for re-purposing music and its architectural value should not go unappreciated. And like Asthmatic Kitty’s own Library Music Catalog series, Laszlo’s archive now finds its home in the great state of Wyoming. So here we are, at a moment in history where it seems the relationship between the commercial sector and the creative sector is once again intertwined and interdependent. Many seem to be unquestionably throwing themselves into the waters, without even checking for the rip tide. Music now seems to carry an advertisement tax at every turn. And because this music is rising out of a tradition of personalization of style and acceptance by peers through group identity, it becomes a dangerous ground for maintaining ideas of independence, individuality and integrity.

But what if music is created in reverse, if it is created for the purpose of commerce, devoid of distinguishing factors such as band photos, lengthy bios and self-branding? What if music were once again to become less the focus and slip into the background, giving a structure and a sense of mood? Will it reopen the space for music being made for community and identity since our advertising needs and soundtrack needs are being adequately provided? The Library Catalog Series is not an attempt to answer those questions, but to keep asking them. It’s also a chance to fund and fuel the creative process, embracing forms of patronage that extend way beyond the marketing dollar specific for consumer products.

Previous DOWNLOAD THIS NOW: Boards of Canada, “Dayvan Cowboy (Odd Nosdam remix)”
Next Will the Real SALEM Please Stand Up?