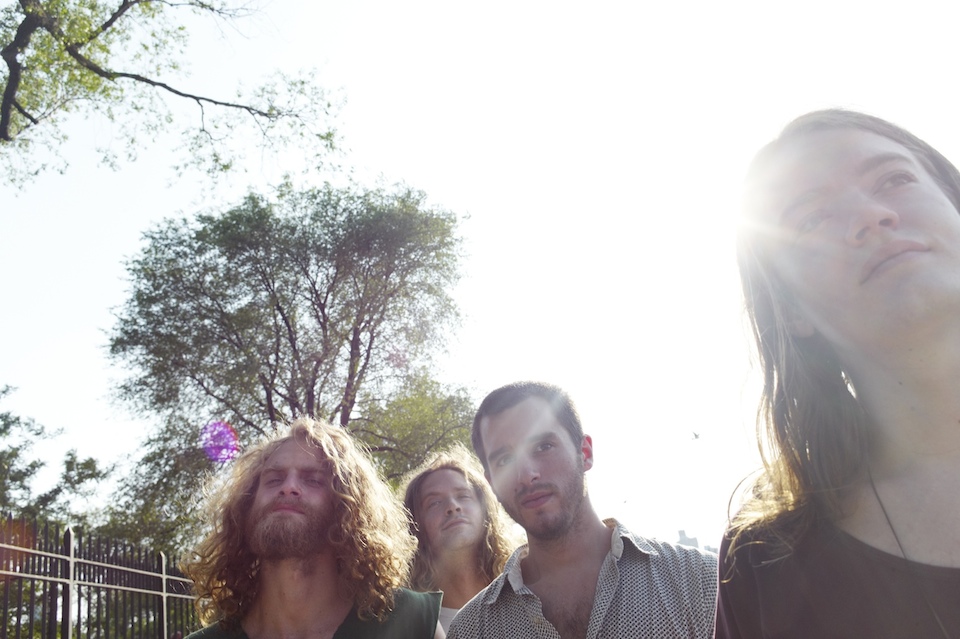 Much like a married couple trying to make it work after a brief break, Liturgy’s most celebrated lineup (frontman Hunter Hunt-Hendrix, guitarist Bernard Gann, drummer Greg Fox, and bassist Tyler Dusenbury) has announced plans to tour behind Thrill Jockey’s August 26th reissue of their debut album Renihilation. Dates include several festivals and a hometown gig at Brooklyn’s Pioneer Works. Whether this will spill over into the new record Liturgy plans on releasing in 2015 remains to be seen; Fox, for one, has kept himself quite busy since leaving Liturgy in 2011, including work with his new group Guardian Alien, Ben Frost, Colin Stetson, and former Altar of Plagues frontman James Kelly, who now records murky electronic music under the name WIFE. When we ran into Fox recently, he mentioned the early stages of a potential project with Kelly, leaving a little hope for anyone who misses his art-metal roots.

“Liturgy was fun and educational, but it’s time for me to move forward,” Fox told Brooklyn Vegan right after their initial split. “As a drummer in New York City, I have the opportunity to learn a lot from many very talented folks, and I’d like to be more open to those opportunities. If it makes sense for bands to last a long time then they do, otherwise you have to move on to the next thing, new experiences, new chapters. I wish Liturgy all the best. I’m excited about the future, about trying new things and making other plants grow, about growing personally, and about eating more pho.”