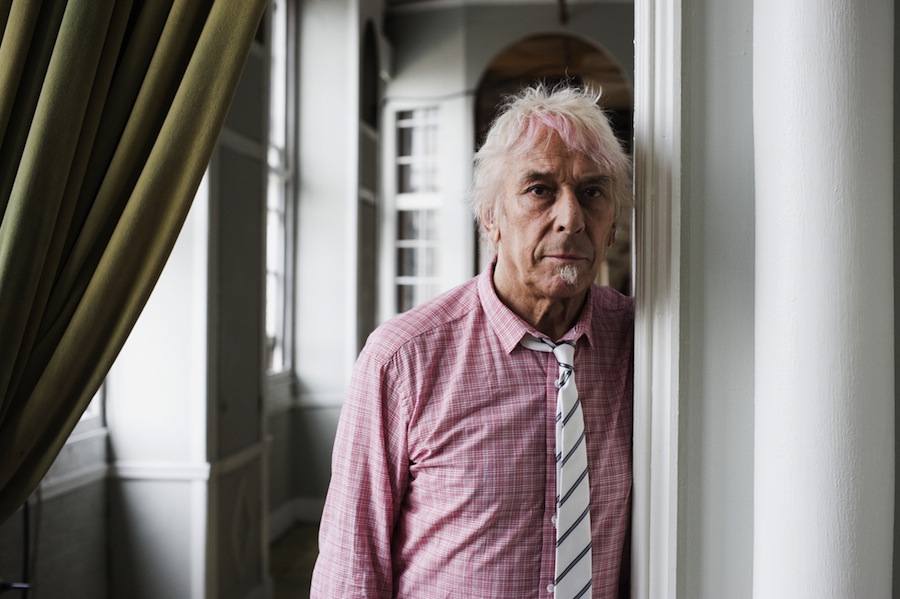 Even with the full curatorial/compositional involvement of John Cale, Wednesday’s encore presentation–it was first unveiled in London with very special guests like Mark Lanegan, Lisa Gerrard and Mark Linkous–of Life Along the Borderline was by no means a sure thing. Greg Dulli, Sharon Van Etten and Meshell Ndegeocello paying tribute to Nico, one of experimental music’s most enduring fallen icons? Sure thing. But Peaches and Yeasayer weighing in as well? Seems like a stretch no? If only things were that simple…

Thanks to tireless rehearsals over the past couple weeks, Cale was able to do the impossible: present a tribute show that doesn’t just carefully quote its source material. On the contrary, every single cover at Brooklyn’s Academy of Music was faithful in spirit alone, with each performer bringing their unique bent to a night that cannot be repeated. On the most extreme side of things was Kim Gordon and Bill Nace of Body/Head, upsetting the equilibrium of the evening’s comparatively tame opener (Cale and Ndegeocello playing “Frozen Warnings”) with a smothered collage of cauterized siren calls, concave chords and ghastly guitar lines. The looks on the faces of longtime BAM patrons? Priceless.

As for Peaches and Yeasayer, they both far surpassed our expectations, with the latter turning in a joyful, loop-centric take on “Janitor of Lunacy” and the former delivering stark but satisfying illustrations of Nico’s German roots. (“Mutterlein” was especially effective, flipping the original’s woozy instrumentation with a cold-pressed combination of steely beats and crystalline keys.) And Cale himself? Nico couldn’t have had a more fitting conductor. As the Velvet Underground co-founder put it in a soon-to-be-published self-titled interview, “I used to switch it up so much–take familiar material and twist it–that people got used to that. I used to warn them that those kinds of things would happen a lot, until they finally changed their expectations for me:It paid off in the end. Now people expect strange things. So I’m happy to give it to ’em.”