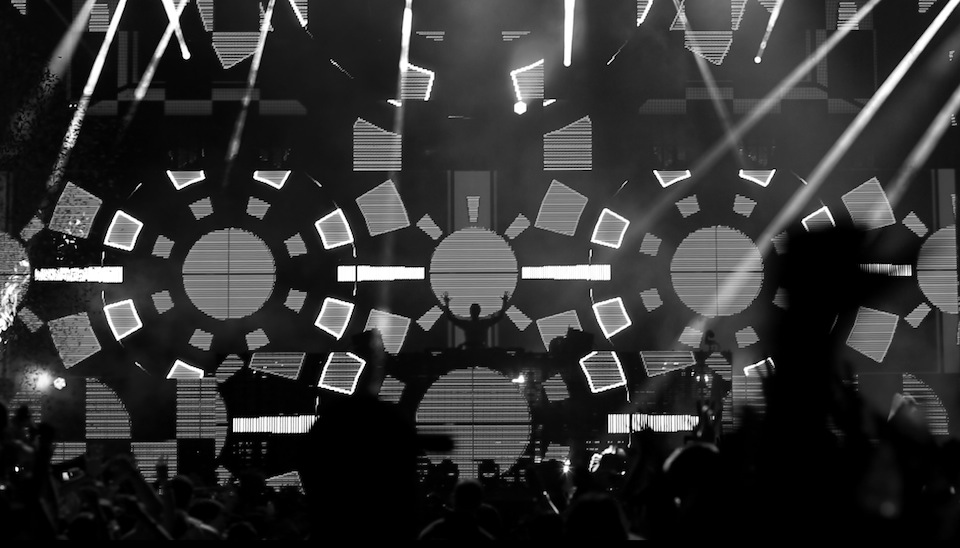 Let’s cut straight to the chase and share our initial thoughts on the sobering aftermath of Electric Zoo’s abrupt end. Two patrons died and four were hospitalized, most likely due to the ingestion of drugs that were sold as “MDMA” but in all likelihood weren’t. Contrary to reports about lax security at the ill-fated event, the Electric Zoo staff searched us and countless others thoroughly at the gate and reminded concertgoers about the hazards of drug use and potentially fatal side effects throughout the afternoon on Saturday. We fully support what Electric Zoo did to try and prevent these unfortunate circumstances, and more importantly, respect how cooperative they were with city officials to do what was best for the sustainability of future festivals. That being said, let’s move onto the music…

As the gathering of this year’s Zoo animals began Friday afternoon, the mood was quite positive; genuine excitement was beginning to gather around Randall’s Island and people were getting pumped about seeing their favorite DJs “drop the bass.” We circumvented the constant build-ups, breakdowns, and “sick drops,” though, sticking to the Sunday School Tent instead, where an intriguing lineup took form in the shape of Joy Orbison, Cassy, Four Tet and Dixon. Ironically, the burgeoning post-UK Garage (yes, we’re running out of genres to blather) duo Bondax took control earlier and didn’t resonate as much with the crowd, as they played more poppy jams that took notice to people who had maybe listened to Disclosure once before tuning into Armin Van Buuren’s “A State Of Trance” radio show.

However, around 3 p.m. that day, the vibe began to change into something more unique and wholesome, as Joy Orbison took to the stage and knocked it out of the park in an impressively classy New York fashion. Playing a variety of shuffle-oriented house tunes, Joy carried a crowd that grew in numbers and warmed up to his skills, as he pushed the envelop by playing Floorplan’s “Never Grow Old,” Tronco Traxx’s “Walk 4 Me”—the tune he sampled for “Swims”—and even a bit of his own catalog with a particularly technofied edit of “Sicko Cell,” a tune that’s been out of set rotations for a year or so. Joy Orbison was so good, in fact, that we didn’t even realize Scuba canceled his set, leaving Orbison to play for about a half-hour longer and Cassy to step in a tad earlier. The recent Fabric-featured femme fatale seamlessly weaved in percussive clusters within the auspices of sensual house grooves and techno thumps, proving that she is truly one of the top DJs in the game at the moment, transcending gender and ascending into brilliance. Speaking of brilliance, self-titled favorite Four Tet drew a confused crowd closer to the Sunday School tent for a live set that didn’t translate as well as we would have hoped. Sure it was unique and tantalizing at times, but it was meant for a more eclectic festival bill or a straight-up concert venue, not an EDM-blasting, multimedia extravaganza. Perhaps Electric Zoo should have booked Four Tet for DJ set, as it would kept things looser and more immediate. Regardless, the producer played some of his standout cuts in brilliant fashion, such as his recent smash “Kool FM” and naturally “The Track I’ve Been Playing That People Keep Asking About And That Joy Used In His RA Mix And Daphni Played On Boiler Room.”

By the end of his performance, he had the crowd shifting gears and anxiously awaiting his next move, which turned out great for the following set from Dixon, as he had complete control from beginning to end. The Innervisions label owner was impressively smooth with his grasp over the crowd, providing an emotional lift to the stage’s proceedings as he played SBTRKT’s “Hold On” to the people in attendance as we said goodbye to Randall’s Island for the first day of the festival. The second day’s side stage was less top-heavy in terms of acts self-titled actually likes, but two spoke volumes towards the tail-end of the event. French techno veteran Laurent Garnier startled and delighted a packed Sunday School tent with his closing set, acknowledging the stellar energy that the crowd proudly put on display—yelling and shouting and most importantly, raving like there was no tomorrow. Once Garnier was done with his set (courtesy of dropping a classic Vitalic gem), most of the crowd moved one stage down for the final act at the Hilltop Arena, the electronic genre-blurring trio Moderat. A somewhat semi-functioning off-the-cuff visual presentation took notice of the crowd and passers-by as the three Germans took to form playing their unique brand of anthemic, emotional dance music. With Apparat providing a soft touch to the vocals and a thunderous cavalcade of effects and sequences provided by Modeselektor, it was truly the most awe-inspiring performance we saw at the festival in quite some time. We do however, hope to see Moderat in a proper venue soon, as like Four Tet, some of the crowd couldn’t connect the dots as well as they could have if it turned out to be a DJ set. Either way, it was a satisfying way to end the second day of the festival.

As we all know, that’s where the fun ended for the fifth edition of Electric Zoo; a festival that was certainly trying to turn another page in its prestigious young history, and was sadly faced with unfortunate circumstances. However, this shouldn’t detract from the fantastic music and uniformed positivity that the festival was promoting. While “PLUR” wasn’t as evident as it was in the ‘90s, it’s taken a new form in 2013; with kids dancing from noon to night and never taking the smile off their faces, encouraging people around them to take a leap of faith and join in on the fun. It’s a growing process, but the Zoo animals are becoming more welcoming, letting patrons walk about in their habitat and engage their ecosystem. Here’s hoping that by the sixth edition of Electric Zoo, things get even better.