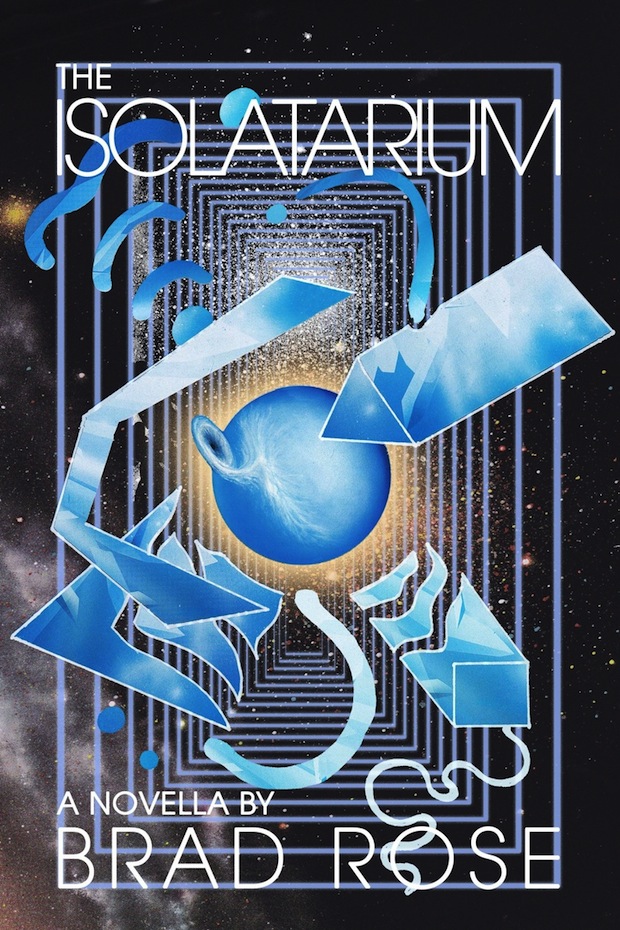 Brad Rose can now add “E-book author” to a crowded resume that already includes his curatorial/day-to-day work at Digitalis and more experimental/electronic aliases than we could ever hope to count. (Charlatan and The North Sea are good places to start if you’re curious.) Available now through Amazon and Bandcamp, The Isolatarium is described as follows:

“In the late 24th century, hacker Diadem Streng idles inside an isolated prison in space, tormented by his past. Dragged into dangerous experiments by his charming girlfriend, Celandine, and her dream of reviving Earth’s dead oceans, he learns a dark secret that could threaten the control of the corporate elite, the Magnates. The only way to avoid such a fate is to destroy everything he and Cela had worked so hard for before the Magnates ruin their lives. Ultimately, he is locked away in a sterile white hell, forced to obsessively search for the truth in his own memories.”

“I’m simultaneously proud and terrified to have this out there,” Rose wrote on his site, “but it’s been such a labor of love these past few months that it was time to finally let it go. The process has been a real boon creatively speaking, though. Not just from a writing perspective (though certainly from there), but also musically. A lot of ideas for the new Charlatan record crystallized during the writing of The Isolatarium. It’s all forced me very far outside my comfort zone and that’s been a very good thing.”

Check out the free soundtrack of new and previously unreleased material Rose compiled for the book down below, and its first chapter here.