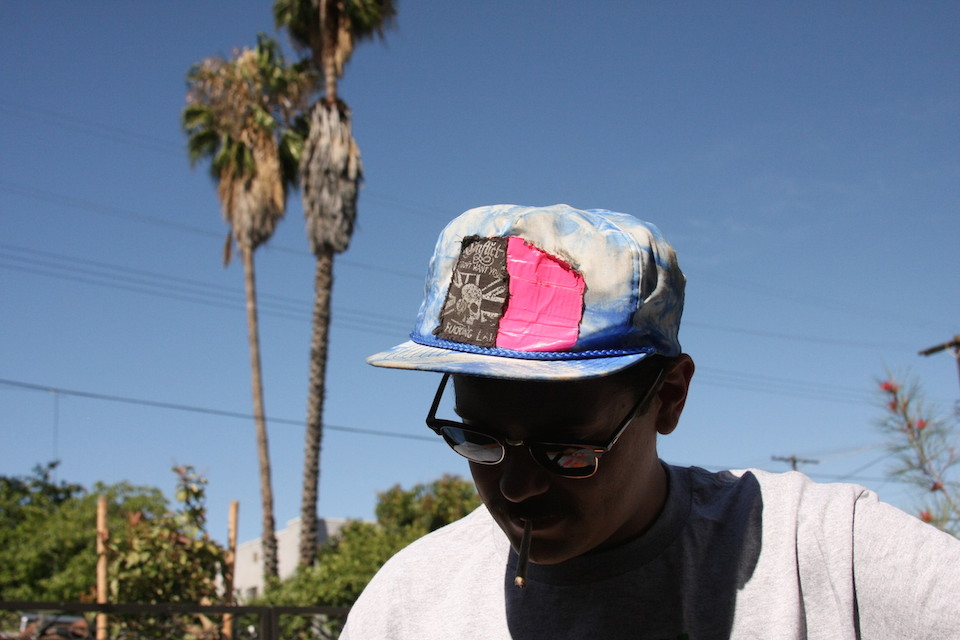 I’m a total and complete sucker for serialization. When I was 12, my father gave me the weird gift of the complete Mission Earth book series (by L. Ron Hubbard, naturally)—10 volumes of relatively boring, light sci-fi totaling in at nearly 4000 pages. I think I read the whole thing in a month. I watched all 125 episodes of Monk before I decided I didn’t really like it that much. Artists are supposed to be well-rounded people and, yeah, I read, I like good food, I have pets and a job and a normal life, but writing about those things always feels like bragging or is just boring. And when it comes down to it music is pretty much my only hobby, unless you count TV.

If you are like this as well (I imagine that if you read lists like this by someone as unqualified as myself, you just might be), Desperate Housewives might just be the next three months of your life. An early brainstorming session with my bandmates in Warm Climate (a band of confirmed DH fans) found us recalling endless plot points, dead characters, highly unlikely disasters (yes there are DISASTERS)… things happen FAST on this show. And look, I love a well-paced, thought-provoking drama as much as the next guy (trust me, I’ve seen them all), but there is something to be said for a show that PILES it on like Desperate Housewives.

There are just so many more threads one could follow down here—Kyle MacLachlan’s off-the-wall portrayal of Orson Hodge could fill a book. There’s also a riot when someone tries to open a halfway house, a murderous stalking pharmacist, the African American family who moves in during season two and keeps one of their kids chained up in the basement, and I didn’t even touch on the first season murder mystery, but these are some of my favorites…

(DISCLAIMER not only are there spoilers ahead in spades, but I also haven’t watched the show in two years so I might get some of the spoilers wrong.)

S03E07 – BANG
A lady (Laurie Metcalf) takes a bunch of people hostage in a grocery store because her husband (the manager) was cheating on her, plus I think the other woman was already dead? Anyways she has a gun, Lynette is stuck in there with that crazy stripper that Tom had a secret child with, Julie and Edie’s cool bad seed nephew are in there as well. Susan tries to exchange herself for Julie as a hostage. A stock boy and the stripper/mother both get shot and I think the nephew or another guy throws a can of soup at her and some random lady gets the gun and shoots the angry wife.

S03E19 – GOD, THAT’S GOOD
There is a power outage on Wisteria lane. Most places this wouldn’t be a huge issue but Karen McClusky has been hiding her dead husband’s corpse in her freezer for years.

S04E09 – SOMETHING’S COMING
A tornado strikes the lane. Carlos is fighting with Vincent over his affair with Gabby (his ex-wife). Vincent tries to shoot Carlos but is impaled by a flying piece of fence and killed. Carlos is struck by debris as well and is blind for the rest of the show. Karen’s house is completely destroyed.

S04E17 – FREE
Adam (Katherine’s second ex-husband) is kidnapped by Wayne (her first ex-husband) in his quest to track down his daughter. (Their daughter was killed as a child by a falling bookshelf, buried in the woods and secretly replaced by an adopted child from Romania!) The cops won’t help because Wayne is one of them. After some light torture, Wayne goes after Katherine leaving Adam tied up, but he escapes and steals a car to get back to his family. Wayne is holding Katherine at gunpoint when he is surprised by the girl who everyone thought was a hooker but turned out to be a tattoo artist and shoots her.

Bree (who spent the episode trying to get an ice sculpture to a party) shows up looking for Katherine and gets taken hostage. This show loves a good hostage situation. She reveals the truth about their daughter when he threatens to kneecap Bree. He’s about to kill her but Adam shows up, plowing though a wedding in the stolen car, and disarms him. Katherine, left alone with Wayne and a gun, elects to kill Wayne, and the neighbors provide a self-defense alibi. All well and good for a season finale (only one death, two if you count the original-Dylan in the past), but two minutes before the end of the episode the timeline jumps forward FIVE YEARS, Gabby has two kids, Susan is maybe married (?), Andrew is wearing a suit and working for Bree, the Scavo kids are teenagers and getting arrested. WHAT IS HAPPENING? END OF SEASON.

S05E06 – THERE’S ALWAYS A WOMAN
I don’t remember a whole lot about this one but Carlos (who is now an expert masseur due to his blindness) is accidentally giving an old lady (the great Francis Conroy) orgasms during his massages and she wants to bring him to Europe to travel with her. Gabby is (in this order) stoked, mad, stoked, and mad again about it. Also: The garage band made up of all the husbands (possibly my favorite side plot in the show) gets a practice space and Lynette is convinced Tom is using it to cheat on her, but it turns out he’s just hanging out there and playing video games by himself.

S06E10 – BOOM, CRUNCH
This seems like it’s going to be a pretty boring Christmas episode. They set up a nice party in a little park on the Lane. A small plane crashes into the party, killing Karl (Susan’s ex husband) and several others, paralyzing Orson from the waist down, and causing the miscarriage of one of Lynette’s unborn twins.

M. Geddes Gengras’ latest solo LP, ‘Ishi’, is available now through Leaving Records. Check out tracks from that record and his many side projects below…